TEHRAN, Iran — Iran announced a further relaxation of coronavirus lockdown measures on Saturday and said it has started to control the outbreak in nearly a third of its provinces.

The Islamic Republic has battled the Middle East’s most deadly coronavirus outbreak since February 19, when it confirmed its first two deaths.

Ten out of Iran’s 31 provinces are now in the virus “containment stage,” said Iranian President Hassan Rouhani in a televised virus taskforce meeting.

The stage calls for intensified screening to “separate those infected from others,” he added, claiming the ratio of deaths to infections has dropped steadily across Iran. 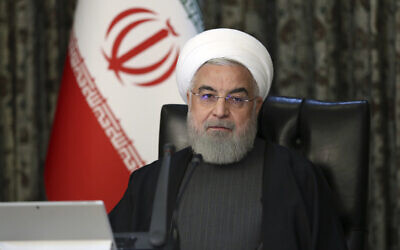 Rouhani said museums and historical sites across Iran will reopen to the public on Sunday and holy shrines the following day.

He had last week announced the limited reopening of holy sites after Eid al-Fitr, which marks the end of the Muslim fasting month of Ramadan and is to start Sunday.

The shrines would be open for only six hours a day while observing health protocols, he said at the time.

Rouhani added that all government employees working from home must return to their offices on May 30. 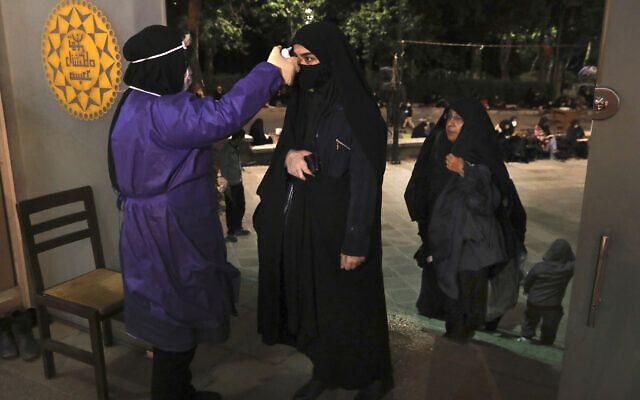 A worshiper has her temperature checked to help prevent the spread of the coronavirus as she enters the Tehran University mosque to pray on Laylat al-Qadr, or the night of destiny, during holy fasting month of Ramadan, in Tehran, Iran, May 12, 2020. (AP Photo/Vahid Salemi)

Iranian health ministry spokesman Kianoush Jahanpour said 1,869 new positive tests for coronavirus in the past 24 hours had raised the country’s tally to 133,521.

Jahanpour also raised the death toll to 7,359, with 59 new deaths over the same period.

Ten provinces had declared no new deaths, while six reported one fatality each.

According to Rouhani, 88 percent of Iran’s COVID-19 victims were those with underlying health issues.

Experts inside and outside Iran have cast doubt on the country’s official figures, and say the real toll could be much higher.

Camavinga will choose real if there is an opportunity to leave Rennes in the summer
Nagelsmann about selling Werner: It's as if Lewandowski has gone from Bavaria. No one will be happy
Marotta may leave Inter at the end of the season. He is not happy with the pressure at the club
Lionel Messi: Football, like all life, will never be the same
Napoli does not want to sell Milik to Juventus and is ready to make a discount to Arsenal
Jordan Henderson: Liverpool still have work to do. We want to win as many matches as possible
Payet against pay cuts: I am the head of the family, I have financial obligations
Source https://www.timesofisrael.com/iran-announces-further-easing-of-virus-restrictions/

Is COVID-19 stressing you out? Tapping may be just the thing

Protesters in some US cities target Confederate monuments

A tale of two Rwandan war criminals, one captured, one dead

Health minister warns new lockdown is in cards as infection rate jumps to 2.5%

Protests over police killings rage in dozens of US cities

Early-stage Israeli startups at risk of closure due to pandemic, survey shows

West Bank annexation could be delayed for days or weeks, Likud minister says

Netanyahu vows to step up enforcement of coronavirus regulations

Israel's new coronavirus outbreak demands fast action, but not a return to lockdown

Greece reopens borders to some tourists, including Israelis, starting June 15