Iran disqualifies thousands, including 90 lawmakers, from running for parliament

TEHRAN, Iran (AP) — Iran’s constitutional watchdog has barred thousands of people from running in next month’s parliamentary elections, including 90 current lawmakers, most of whom are accused of corruption.

The Guardian Council, a body of senior clerics and legal experts, vets candidates for office as well as legislation, and rules out individuals if it believes their views or behavior are incompatible with the theocratic system. Half its members are appointed by Supreme Leader Ayatollah Ali Khamenei.

A spokesman for the Guardian Council was quoted by the hard-line Kayhan paper as saying most of the lawmakers were rejected for “financial problems,” a reference to fraud and embezzlement.

The spokesman, Abbas Ali Kadkhodaei, said more than 14,000 people registered to run in December. Of those, just 5,000 qualified, he said. Of the 290 current members of parliament, 247 registered to run for re-election.

Kadkhodaei said those who were rejected can appeal the decision in the coming days. 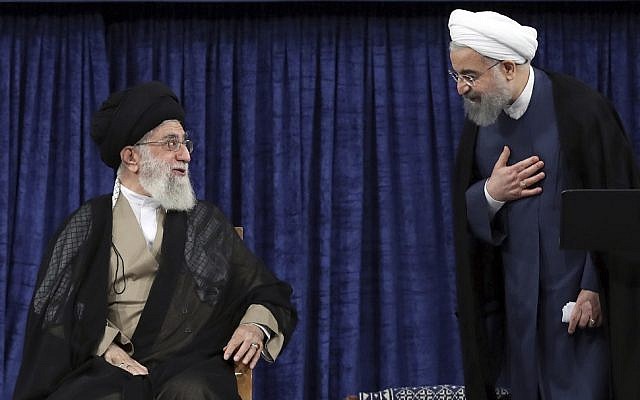 The reformist newspaper Etemad said Tuesday that most of those rejected were reformist and moderate candidates. It said that as a result the elections will essentially be an “internal vote” among hardliners. Hardliners were also disqualified, but it’s not clear how many.

The elections will test the popularity of the relatively moderate and pro-reform bloc led by President Hassan Rouhani. They have championed improved ties with the West and expanded social freedoms, but have suffered major setbacks since US President Donald Trump assumed office.

Trump withdrew from Iran’s 2015 nuclear deal with world powers, which was championed and signed by Rouhani, and imposed crippling sanctions. A US airstrike killed Iran’s top general earlier this month, leading to a tense confrontation in which Iranian forces accidentally shot down a Ukrainian passenger plane after it took off from Tehran, killing 176 people.

The tensions with the United States could strengthen hardliners by reinforcing their long-held distrust of the West. But the backlash over the plane shoot-down, and authorities’ attempts to conceal the Revolutionary Guard’s responsibility for the tragedy, could negate that effect.

Iran regularly holds presidential and parliamentary elections, but they are closely supervised by the clerical establishment, and the supreme leader has the final say on all major policies.

German police: Shooting believed to be a 'family drama'

Prince Charles in Bethlehem: ‘It breaks my heart’ to see Palestinian suffering

Several injured, some presumed dead in shooting in Germany

Trump’s plan isn’t about peace between Israelis and Palestinians

Who needs the deal of the century right now? Only two people

The ordinariness of Auschwitz

The difference between a plan and a deal…of the century

Liberman on peace plan timing: ‘Next Tuesday we must focus only on immunity’

It’s not fair that God hardened Pharoah’s heart. Or is it?

Thousands rally in Baghdad against presence of US troops in Iraq

Poll: Only a third of Israelis support unilateral annexation of Jordan Valley

What we know, and don’t, about the alleged Bezos phone hack