Iran is preparing its public for return to nuclear deal, says Israeli official

Israel believes Iran is close to inking a nuclear agreement with world powers, and has started preparing for the announcement of a deal, an Israeli official said Wednesday.

Jerusalem sees the emerging agreement as dangerous, is readying itself for different possible outcomes and has warned its allies that the agreement is a threat to Israel, the unnamed official said in a briefing with local media.

Iran is believed to be close to signing a deal despite two major remaining roadblocks in the negotiations. Iran is demanding an end to International Atomic Energy Agency investigations into its nuclear program, and wants guarantees to cover the possibility of the US ditching the agreement again in the future. Tehran will likely have to give up on these two issues to reach a deal, the official said, according to Hebrew media reports about the briefing.

“Despite the differences and gaps, there is a momentum and a more positive dialogue toward reaching an agreement,” the official said.

“Israel sees the current agreement as a bad agreement and emphasizes to its partners the danger of signing such an agreement. The Iranians operate in a well-known tactic of shuffling and stalling for more concessions,” the official said.

The US intends to keep Iran’s Islamic Revolutionary Guards Corps on its list of terror groups in the emerging deal, the official said. 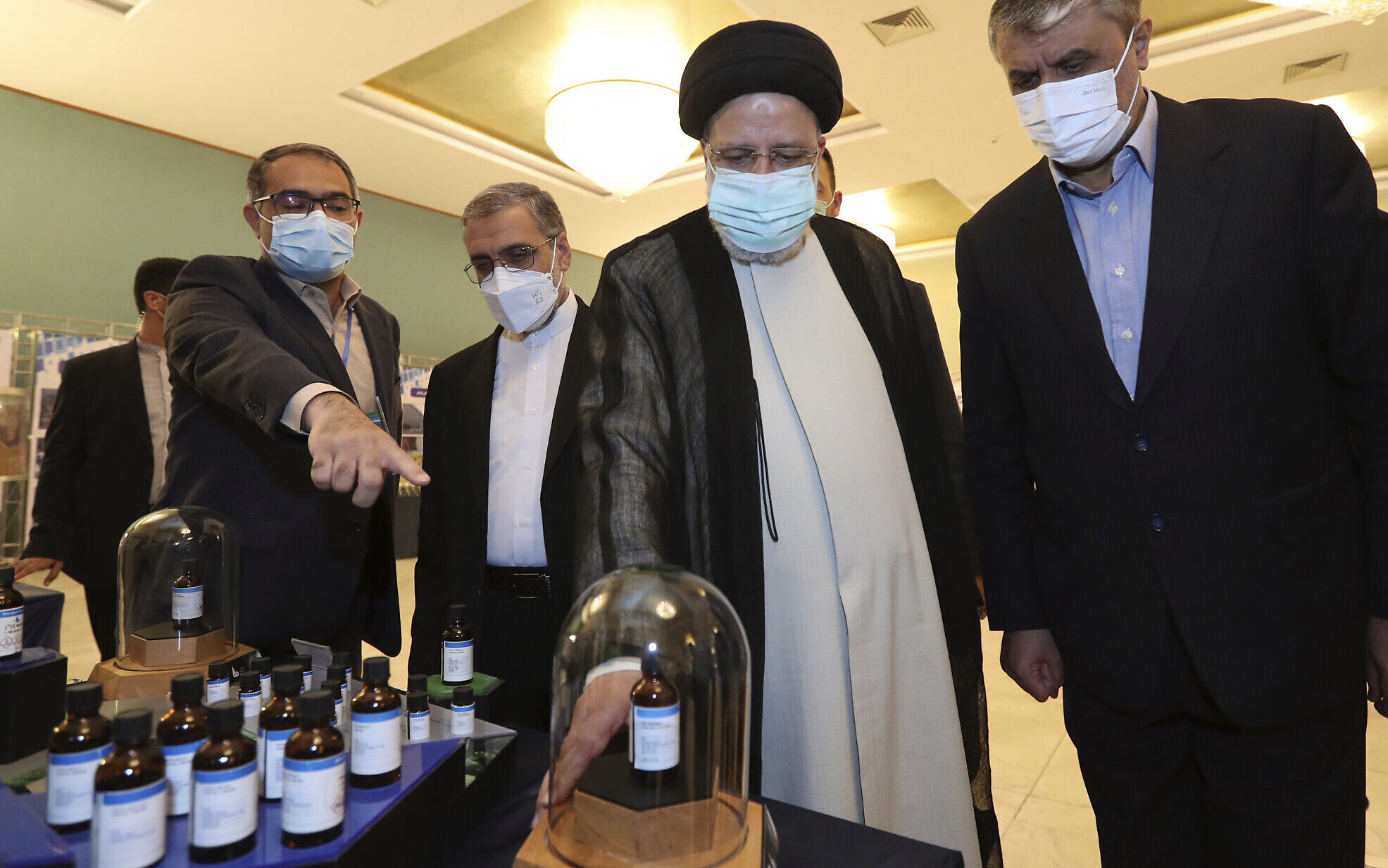 In this photo released by the official website of the office of the Iranian Presidency, President Ebrahim Raisi, second right, receives an explanation while visiting an exhibition of Iran’s nuclear achievements in Tehran, Iran, on Saturday, April 9, 2022. (Iranian Presidency Office via AP)

On Tuesday, a European official said Iran has responded to the European Union’s “final” draft text to revive the 2015 nuclear accord, known formally as the Joint Comprehensive Plan of Action, or JCPOA. The European Union said it was studying Iran’s response to the final draft agreement.

Speaking to Reuters, the official provided no details on the substance of Iran’s response to the draft on the landmark deal, which aimed to curb Iran’s nuclear program in return for sanctions relief.

The deal has been moribund since the 2018 withdrawal of the United States under then-president Donald Trump. The major powers have been awaiting Tehran’s response to a proposal submitted on July 26 by EU foreign policy chief Josep Borrell, who coordinated talks to bring Iran and the US back into the deal.

Iran’s official IRNA news agency reported earlier Tuesday that “an agreement will be concluded if the United States reacts with realism and flexibility” to Iran’s response.

Iran’s Foreign Minister Hossein Amir-Abdollahian said that, after the lengthy negotiations, “what counts for us is verification” that sanctions are lifted in practice.

The US State Department spokesman said it was up to Iran to make a final deal, rejecting reported demands that are outside the scope of the negotiations.

“We do believe that what could be negotiated has been negotiated, and we’re prepared to affect a mutual return to compliance with the JCPOA,” said Ned Price.

Britain, China, France, Germany, Iran and Russia — as well as the United States indirectly — resumed talks on the nuclear accord earlier in August after a months-long hiatus.

The EU-coordinated negotiations to revive the agreement began in April 2021 before coming to a standstill in March.

Tiberias secures NIS 2.7b budget to reinvigorate ‘capital’ of north

IDF: Probe finds no ties between village raid and death of 7-year-old Palestinian

European official says maritime deal will likely be postponed, but not dead yet

What happened on Iran’s ‘Bloody Friday,’ when dozens were said killed in Zahedan?

Netanyahu: Only pressure from me stopped Lapid surrendering to Lebanon

US airborne operation kills one in government-controlled area of Syria

Finally, Netanyahu can campaign against someone other than himself

More than 30 killed, including 23 children, in Thailand mass shooting

Will Putin pull the trigger? Nuclear analysts try to get into Russian leader’s head