An Israeli chess commentator was sacked by the International Chess Federation after saying a female player wanted to be “like men” in a tournament on Tuesday.

“She’s a woman grandmaster or what?…Why she wants to be like men grandmaster in this case?” Belarusian-born Israeli chess player Ilya Smirin said in his first-ever English-language chess commentary of the Women’s Grand Prix in Astana, Kazakhstan.

A woman grandmaster is a lower-ranking title reserved for females specifically, whereas both men and women are eligible to become grandmasters.

“You’re saying, you know, ‘Chess is maybe not for women,'” co-commentator Fiona Steil-Antoni responded after a brief back-and-forth on the topic of women scoring high enough to advance to the title of grandmaster.

Smirin later appeared to agree with Steil-Antoni’s statement that he had accused a different female chess player of “playing like a man.” 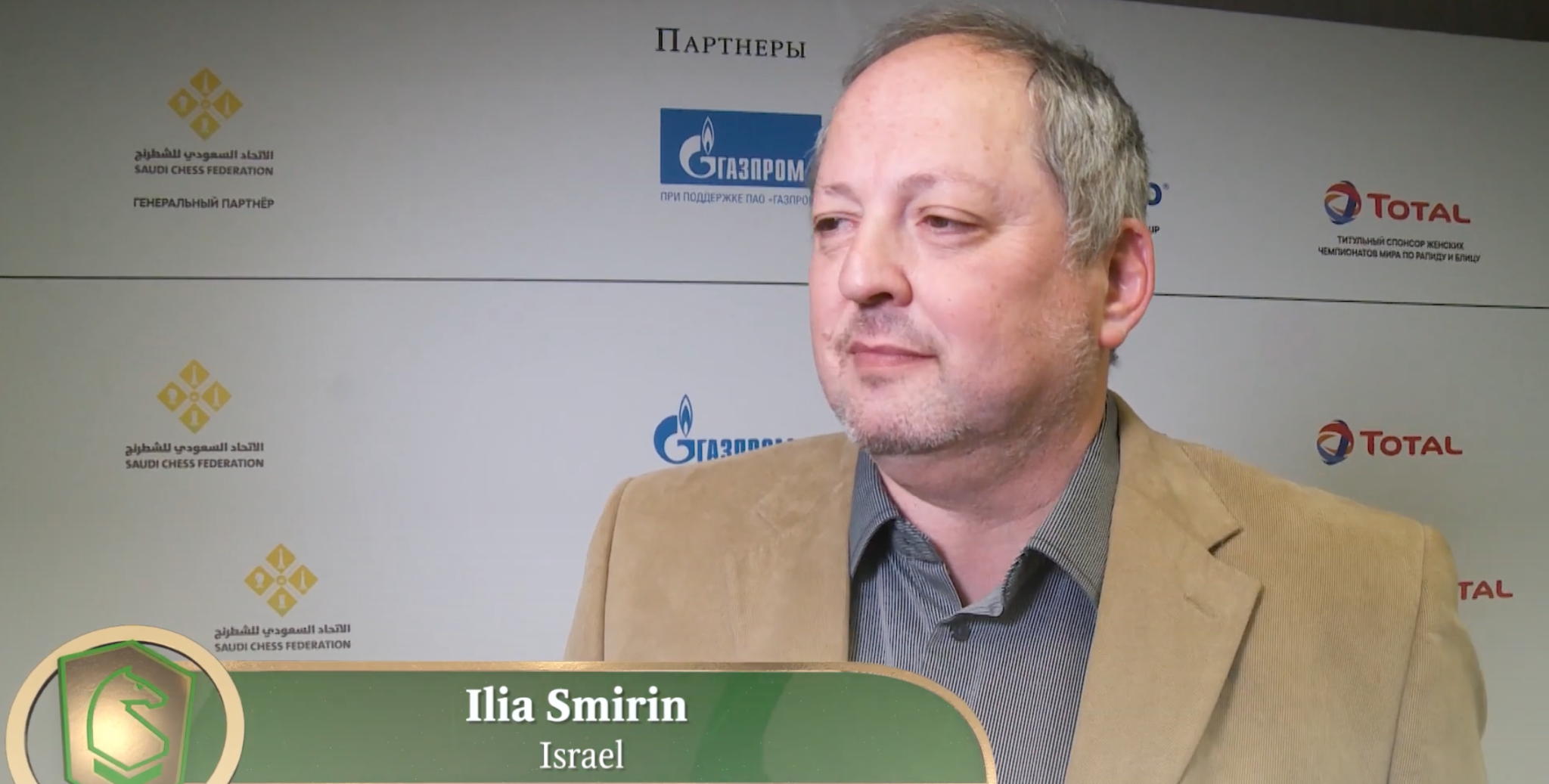 Ilia Smirin in an interview at the 2019 World Rapid chess tournament in Moscow, Russia. (Screen capture/YouTube)

Smirin’s apparent sexist comments sparked outcry among chess players across the globe. Grandmaster Susan Polgar tweeted that the remarks were “highly insulting & inappropriate,” and called for “swift action” in the form of a public apology and immediate removal.

“For the record, I have known GM Smirin for more than 3 decades, including our college days in Minsk. I always had a good relationship with him and respected his chess…I would be highly sad and disappointed if this is how he truly feels,” she added.

Jennifer Shahade, a women’s US chess champion, said that it was “gross to see so much sexism in the broadcast for a women’s event.”

“Fiona did a great job in an uncomfortable convo (sic) she never should have been in,” she added.

Gross to see such sexism in the broadcast for a women's event.

Fiona did a great job in an uncomfortable convo she never should have been in. ???? https://t.co/bBDqwVKQv3

“Although we have great respect for Grandmaster Ilya Smirin as a chess player, the views he expressed on air are completely unacceptable, offensive, and do not represent any of the values that FIDE stands for…FIDE not only strives to increase women’s representation in professional sports and official positions but also to change the perception of chess as purely a men’s world,” the statement said.

Smirin was named grandmaster, the International Chess Federation’s highest title, in 1990. After beginning his career in the Soviet Union, the chess champion immigrated to Israel and has won numerous titles both domestically and abroad.

In 2010 he led Israel’s national team to the bronze medal in the international Chess Olympiad, and has won numerous individual and team medals abroad. He is a member of the Ashdod Chess Club.