Israeli imprisoned in Russia: I believe Putin that everything will be okay

An Israeli-American woman jailed in Russia said Thursday she believed Russian President Vladimir Putin when he assured her mother that “everything will be all right.”

“I am still here [in prison], but I believe what he said,” Naama Issachar told a local television news crew from her prison cell outside Moscow on Thursday.

Issachar, 27, was sentenced by a Russian court to 7.5 years in prison after 9.5 grams (0.3 ounces) of marijuana were found in her luggage during a layover in a Moscow airport in April.

She has denied smuggling drugs, noting she had not sought to enter Russia during the layover on her way to Israel from India, and had no access to her luggage during her brief stay in the Russian airport. 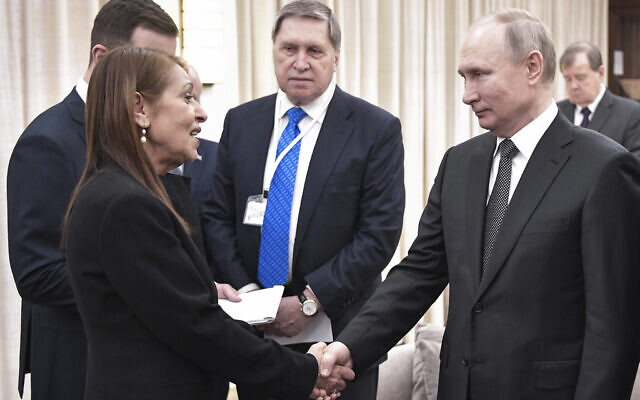 Her mother Yaffa has been campaigning for her release since her arrest, and was invited to meet with Putin Thursday while he was in Israel to attend the World Holocaust Forum in Jerusalem.

After meeting with Yaffa Issachar and Prime Minister Benjamin Netanyahu, Putin announced at a press conference that “everything will be all right,” but offered no further details on Issachar’s fate.

Speaking next to Netanyahu and Yaffa Issachar, the Russian leader said the prime minister’s position favoring a pardon for Issachar was clear to him, and that he was taking it into consideration in making a decision.

He said that after meeting Yaffa Issachar, it was clear to him that Issachar comes from a “good, honorable family.” 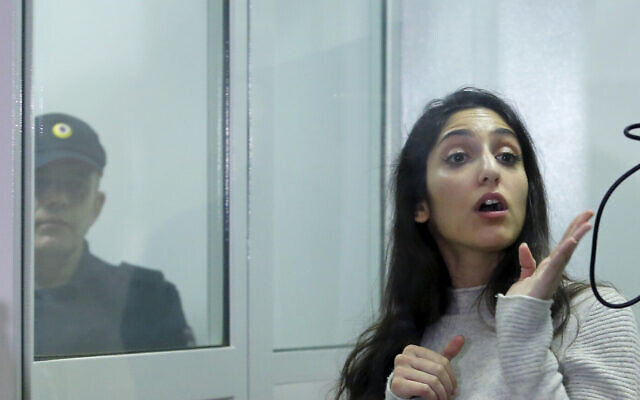 As Issachar’s mother smiled, Putin added, “I told her and I am saying it again now, everything will be all right.”

Russian media reported after the meeting that Issachar was allowed to watch the broadcast from her prison cell, together with Tatyana Moskalkova, the Russian government’s Commissioner for Human Rights, who was visiting her in prison at the time.

Interviewed afterward, Issachar said Putin’s statement to her mother that “everything will be all right” had given her hope.

“When I saw mother on TV with such important people I was excited. He said everything would be fine with my lovely family. I’m still here but I believe what he said.” 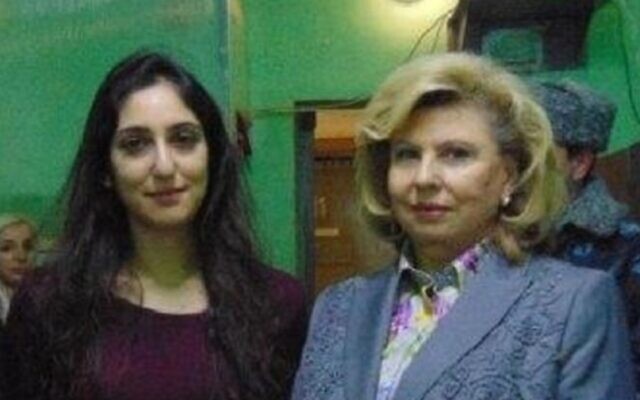 Israeli Naama Issachar, left, meets with Tatyana Moskalkova, the Russian government’s Commissioner for Human Rights, accompanied by a television news camera crew at a prison near Moscow on January 23, 2020. (screenshot)

Yaffa Issachar also expressed optimism after the meeting, telling Israeli media, “Putin told me: ‘I’ll bring the girl home.’ Really,” she said. “Let’s wait and see, there is no date for the release.”

She said Netanyahu had told her “it won’t be much longer.”

Some observers interpreted Moskalkova’s visit Thursday as a signal of the Kremlin’s openness to Issachar’s release. Moskalkova followed up the visit by announcing Thursday she had reprimanded the prison’s warden for refusing to allow visits by Yaffa Issachar on several occasions, saying this refusal was unlawful.

Issachar met with Putin and Netanyahu, amid swirling speculation that the Russian leader’s visit to Israel could include an announcement on the fate of her daughter.

Issachar also came up in Putin’s meeting with President Reuven Rivlin, who thanked him for his efforts on behalf of Issachar and told the Russian leader that “in Israel we feel every [child] is our own child.”

Issachar has become a cause celebre in Israel, where her arrest and sentence are largely viewed as politically motivated. Netanyahu has promised the family to work for her release and has expressed hope that a pardon may be secured from Putin.

Activists who have pushed for Issachar’s release have been asked in recent days to suspend their vocal campaign for fear of upending the delicate talks with Russia.

According to Hebrew media reports, Russia has asked Israel to transfer a piece of Russian Orthodox Church property near the Church of the Holy Sepulchre in Jerusalem’s Old City to the Kremlin as a goodwill gesture ahead of Issachar’s release. 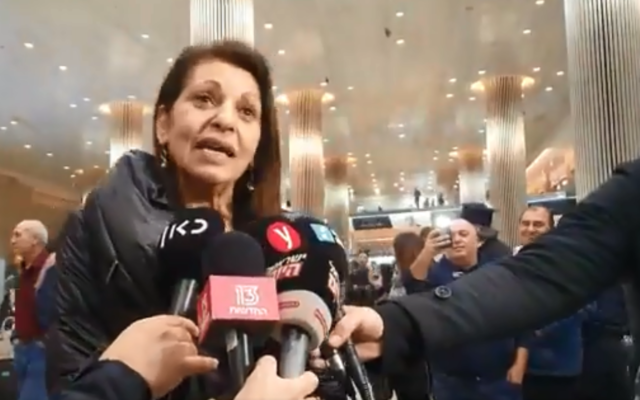 Russia has been demanding Israel hand over rights to Alexander’s Courtyard for over a decade, but Justice Ministry officials, along with two senior Likud lawmakers who are immigrants from the former Soviet Union, Yuli Edelstein and Ze’ev Elkin, have opposed the measure.

Reports have also indicated that Russia may seek strong Israeli backing for its position in a spat with Poland over responsibility for World War II, including a possible public statement from Netanyahu or Rivlin.

World braces for long battle against coronavirus as cases spread

Maya Moreno: State has turned its back on those who fight for it

Most new coronavirus cases no longer in China, WHO says

Senator Chuck Schumer to propose $8.5b. package for coronavirus support

Finding happiness in the mess of life (Sarah’s rules)

EU says no reason to panic about coronavirus outbreak in Europe

From Belgium, with shame

The gloves are on: 6 things to know for February 26

Survey: About 400,000 Israelis concerned to vote due to coronavirus

Global coronavirus cases top 80,000 but no need for panic - WHO

Monopoly nation: How a handful of firms control prices, hold Israelis to ransom

Choosing the Family: 'Electric Company takes us back to dark ages'