In an unsuccessful eleventh-hour attempt to prevent the establishment of a governing coalition last year that would see him lose his office, Benjamin Netanyahu reportedly offered Ra’am party chief Mansour Abbas unparalleled power in issues relating to the Arab sector if he would lend his support to the then-prime minister.

“Minutes before the ‘change government’ was established, Deri was sent by Netanyahu to talk to Abbas, and he tells him: ‘Don’t join this government; we will reach 61 seats [a Knesset majority] and can establish this government and you’ll get whatever you want,'” Magadli said on a podcast hosted by former journalist Nadav Perry.

Abbas, however, wasn’t convinced, according to Magadli, raising concerns about Netanyahu’s record of breaking agreements with supposed political partners and citing the deal Netanyahu had with then-alternate prime minister Benny Gantz, which the former has reneged upon.

“Why should I believe you?” Abbas was said to have asked Deri, to which Netanyahu’s ally reportedly responded: “You have my word that you’ll have exclusivity within the Interior Ministry in all issues relating to the Arab sector.”

The Likud party and Netanyahu himself have routinely denied holding negotiations with Abbas as they tried to prevent Naftali Bennett and Yair Lapid from establishing a new government. 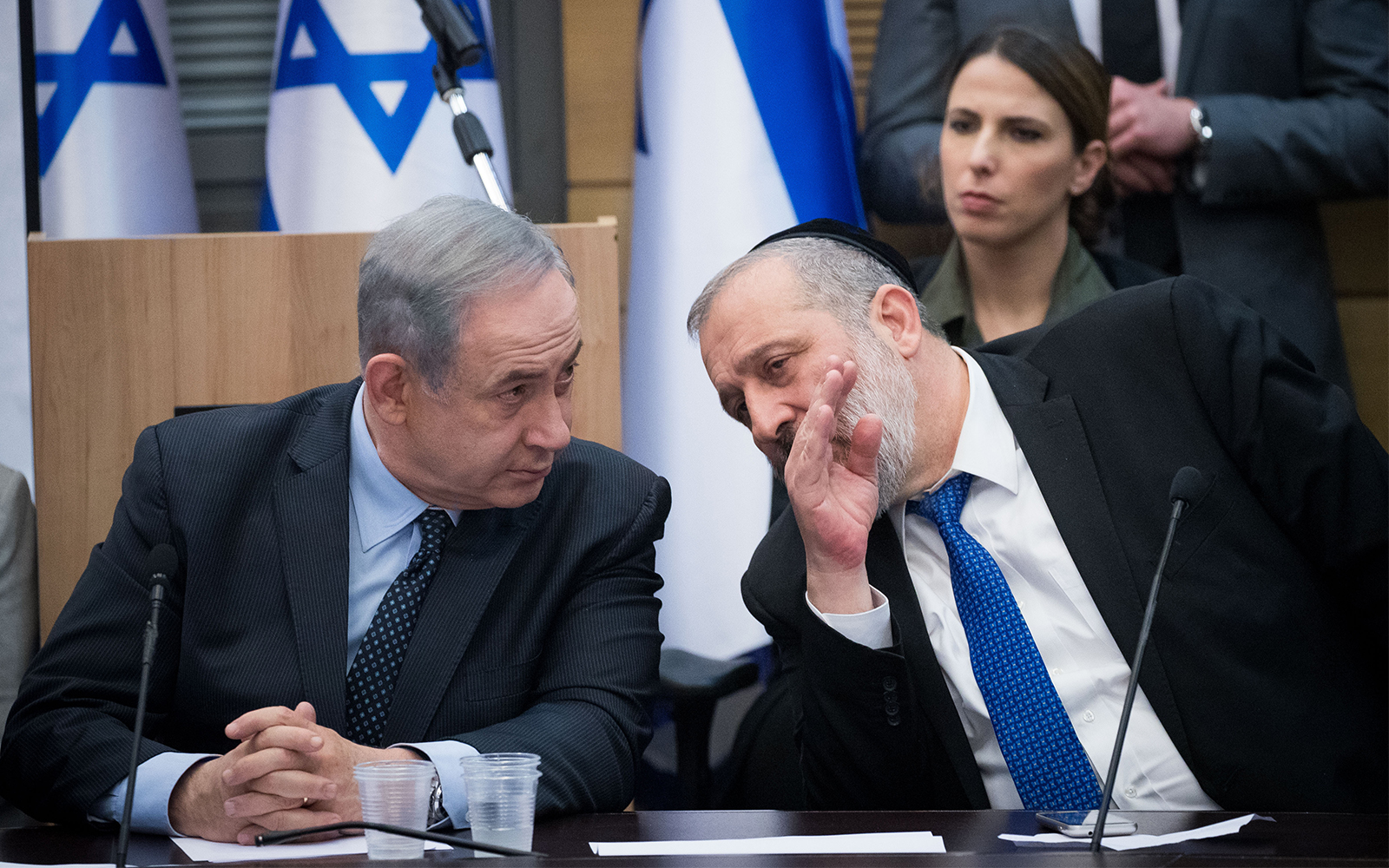 But the report by Magadli joins others from recent months offering growing evidence that Netanyahu did in fact try to woo Abbas over to his side and keep him from joining  a Bennett-Lapid coalition.

According to a report from last month, leading national-religious Rabbi Haim Druckman met with Abbas in April on behalf of Netanyahu.

Netanyahu’s previous attempts to negotiate with Abbas were met with opposition from Bezalel Smotrich, whose far-right Religious Zionism party had won seven seats and whose support was crucial for the Netanyahu-led bloc.

In an attempt to convince Smotrich to agree to sit with Ra’am in a right-wing coalition led by Netanyahu, then-Likud MK Amit Halevi set out to mediate a meeting between Abbas and Druckman that would produce a public endorsement of the idea by a Religious Zionist leading light.

But the negotiations officially collapsed when May’s Operation Guardian of the Walls was launched in Gaza, and Abbas decided to change strategy and negotiate with Bennett and Yair Lapid instead — leading to the establishment of Israel’s 36th government in June that year.

Last month, Likud MK David Amsalem, a key ally of Netanyahu, said that Abbas’s Ra’am party would be welcome to join a potential Likud-led coalition so long as the government would still have a majority without its support — comments that were quickly disavowed by Netanyahu and the Likud party. 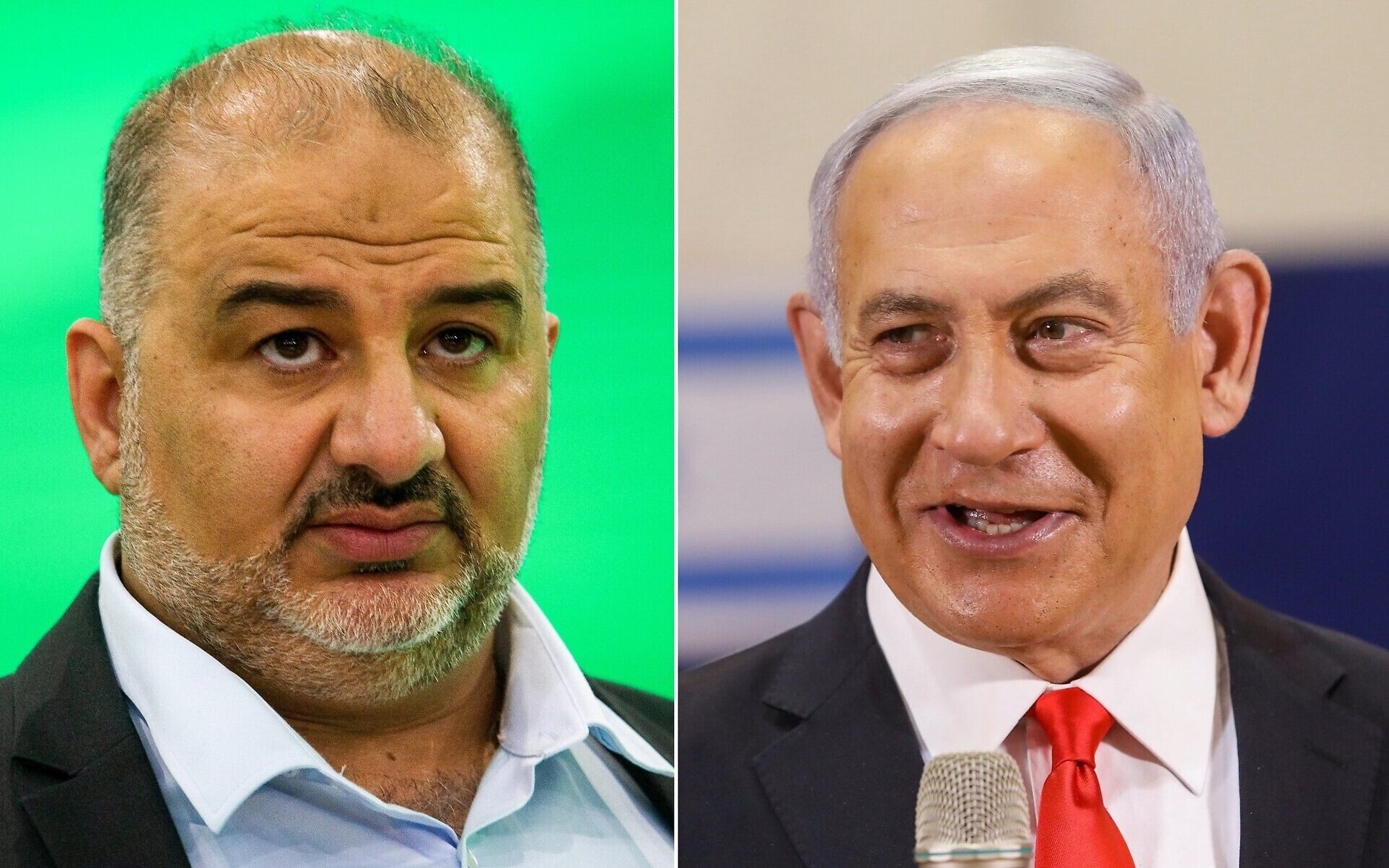 In December last year, as the Likud and other opposition parties tried to portray Abbas as being in league with the Hamas terror group, while stepping up efforts to discredit the coalition government ahead of a crucial budget vote, Abbas claimed to have in his possession physical proof of specific offers he had received from Netanyahu during the 2019 coalition negotiations.

Tobias Siegal contributed to this report.