Palestinian Authority President Mahmoud Abbas said Wednesday in a rare interview that he is opposed to taking up arms against Israel, but warned he might change his mind in the future.

“I do not support armed Palestinian resistance, but that could change. It could change — tomorrow, the next day or some other time. Everything changes,” Abbas told the Saudi Arabian news station Al Arabiya.

He also rationalized recent violence when asked about the high number of Palestinian attacks against Israelis.

Abbas has long advocated non-violent resistance and negotiations with Israel rather than organized terrorism or militant activity. The stance has helped Abbas maintain power, enabling foreign partners to feel more at ease bankrolling the PA, and leading some Israeli leaders to trust him enough to coordinate on issues of shared concern, such as security.

The public renouncement of terror by Abbas’s Palestine Liberation Front in 1988 was an important first step toward convincing Israel to recognize the PLO as the Palestinians’ political representative and eventually as a partner for negotiations.

Abbas’s preference for what he calls “popular resistance” rather than armed struggle has sometimes put him at odds with members of his Fatah party and with the Palestinian general public, 56 percent of which supports armed attacks against Israelis, according to a June 2022 poll.

Earlier this year, Abbas condemned two terrorist attacks — in Tel Aviv in April and in Elad in May. While often speaking out against terrorism in general, the statements were rare instances of Abbas condemning individual attacks.

The Israeli military and PA security forces work together to tamp down terrorism in the West Bank, coordination that is condemned by a significant majority of Palestinians, according to opinion polls.

He noted that the PA has signed agreements to combat violence and terrorism with 85 countries worldwide.

Soon after mentioning the agreements with Israel, Abbas hedged, however.

“We are, along with Israel, against terrorism and violence. But if Israel continues with its behavior, I will not be bound by the security agreement. I will cancel my commitment to it,” he said.

The PA briefly suspended security coordination with Israel in 2020 due to the government’s stated intention at the time to annex all or parts of the West Bank. Then-prime minister Benjamin Netanyahu eventually axed those plans in order to establish the Abraham Accords.

Netanyahu is currently holding coalition negotiations after his bloc won a majority in last month’s election and is expected to become prime minister again in the coming weeks. 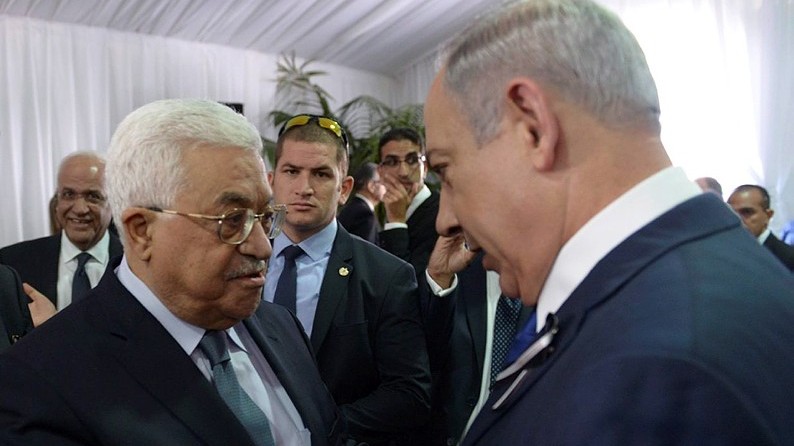 “I will work with [Netanyahu],” Abbas said, “without giving up any of my longstanding commitments.”

He claimed that the incoming Netanyahu government — slated to be the most right-wing in Israeli history — would in no way differ from previous Israeli governments, including the one in power in 1948, which he accused of committing massacres against Palestinian civilians.

Abbas also highlighted his recent efforts to raise awareness on the international stage, such as the PA’s appeals to international courts for advisory opinions on Israel’s military rule in the West Bank.

He described a growing international consensus in support of the Palestinians but said the US was standing in the way of UN resolutions against Israel being implemented on the ground.

Abbas argued that Israel’s membership in the UN is in fact “illegal” because of Israel’s failure to implement the two resolutions. He claimed Israel’s admittance to the UN as a full member in 1949 was conditioned on compliance with Resolution 181, from 1947, which partitioned Mandatory Palestine into a Jewish and an Arab state, and 1948’s Resolution 194, often interpreted to enshrine Palestinians’ right to return to the places from which they were expelled during the War of Independence.

Israel’s promises to comply are in fact noted in the text of the resolution admitting Israel, but they’re not portrayed as having been necessary conditions for the young state’s accession. Palestinian political representatives rejected Resolution 181 when it was passed by the UN.

Abbas has long fought for full member status in the UN in order to strengthen Palestinians’ diplomatic position. Currently, the “State of Palestine” is an “observer non-member,” a status it shares only with the Holy See.

Critics say Palestinian appeals to the international community are a way to pressure Israel while avoiding direct negotiations.

Palestinian jailed for life plus 20 years for murder, rape of teen Ori Ansbacher