Prosecutors on Thursday filed charges of rape and other sexual offenses against a psychotherapist accused of assaulting female patients under the guise of carrying out treatments.

Yariv Cohen, 52, from Even Yehuda in central Israel, was indicted on eight counts, including rape, sodomy, and indecent acts, some of which were carried out without consent or through deceit.

Cohen committed the alleged crimes while telling patients they were part of his “physical psychotherapy treatment,” according to the indictment filed at the Lod District Court.

The charges relate to alleged crimes from 2017 to 2022, when Cohen was working in “physical psychotherapy, crisis treatment, mental distress and emotional disorders.”

His treatments included discussions combined with “techniques of physical contact, breathing, movement, meditation, and others,” the indictment said.

During treatments, patients revealed intimate personal details and the concerns, fears and problems that led them to seek therapy, prosecutors said.

Cohen is believed to have won the trust of female patients by, among other things, conversations of a sexual nature and encouraging them to share details of their sex lives, while he in turn revealed his own sexual experiences and those of other female patients.

He would instruct female patients to strip to their underwear and then ask them to lie on a treatment table beneath a sheet, telling those who objected that remaining clothed would interfere with the treatment.

On some occasions, he moved the sheet to expose the patients’ upper body, and then “performed sexual acts on the female patients, taking advantage of the weaknesses they revealed to him” while falsely claiming that contact with their body parts was necessary to resolve their issues, according to the indictment.

Such contact included massaging and touching “intimate areas without the consent of the patients, and in some cases despite their objections,” prosecutors said. In one case, he allegedly performed a “penetrative act.” 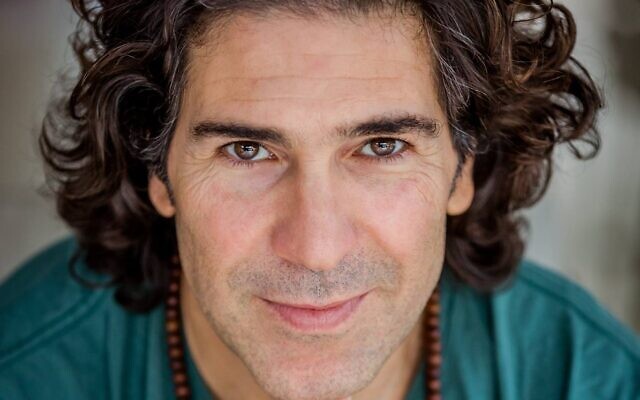 Psychotherapist Yariv Cohen (screenshot, used in accordance with Clause 27a of the Copyright Law)

He allegedly reassured patients that he was aware of professional boundaries and claimed that his techniques did not cross them.

Some patients developed an emotional dependence on Cohen and his treatments, leading them to agree to perform the alleged acts, according to the indictment.

“Despite the feeling of discomfort, embarrassment, and disgust” that the touching caused them, they believed Cohen that it was an integral part of the treatment, “all with the understanding and hope that the treatments would be useful in improving their emotional state,” prosecutors said.

Cohen’s defense attorney Avi Himi said in a statement that so far “only one side of the story has been heard” and that his client performed “professional, serious and responsible treatments.”

Himi, who heads the Israel Bar Association, said it was possible that those who filed complaints against Cohen were “mistaken in their assessment of the treatment.”

A police investigation was opened in November following a complaint from a woman who claimed that Cohen assaulted her when she came to him for therapy. Since then, four additional women filed complaints against Cohen. Some of the women described a similar pattern in which Cohen would cross boundaries during sessions.

According to Cohen’s website, his expertise is treating trauma victims and the treatments he provides include conversation and touch.

Cohen’s case comes a few months after Jerusalem-based psychotherapist Yuval Carmi was convicted of sexually abusing two of his patients and sentenced to 39 months in prison. Carmi, who expressed regret after his sentencing, was also ordered to pay a total of NIS 130,000 ($37,000) as compensation to his victims.