A Likud spokesman said the party would appeal the decision to the High Court of Justice, a standard election cycle practice following Central Elections Committee rulings. The spokesman added that the “absurd decision” was a “grave blow to democracy.”

Chikli was ejected from Yamina in April, ten months after bucking the party by refusing to vote in favor of the big tent coalition it enabled and led. In July, he resigned his Knesset seat after reaching a deal with the Jerusalem District Court that allowed him to escape being sanctioned in the upcoming election.

Responding to the move to bar him on Wednesday evening, Chikli lamented the “bizarre and political decision” calling it “an unparalleled injustice.”

“There was a compromise and they told me to resign within days,” he said of the July deal with the court.

Chikli said that he took a spot on Likud’s slate based on that deal. “If I thought I would be disqualified, I would have formed an independent list,” he added. 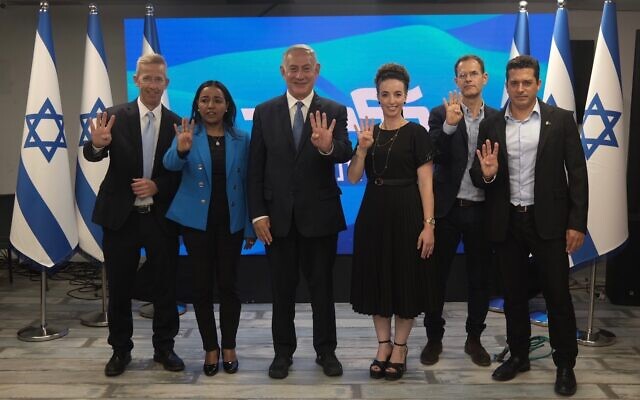 The Yamina lawmaker holds a plum 14th spot on Likud’s Knesset roster, placed by Likud leader Benjamin Netanyahu in one of his three discretionary spots in realistic positions. If his disqualification holds, it will nullify the exercise of one of Netanyahu’s placements, as candidate slates were finalized on September 15 and the Likud leader cannot slot in a different politician.

The left-wing Meretz party had filed the petition to knock Chikli out of the race, claiming that he did not resign in a timely manner after leaving Yamina and thus should be personally sanctioned from running with a sitting Knesset party in November.

The committee accepted the argument, with chairman Justice Yitzhak Amit reasoning that Chikli took 50 days from his Yamina ouster to petition the court for the relief that ultimately resulted in his resignation agreement, an amount of time that Amit said was unreasonable.

Chikli was not the only former Yamina MK who worked to fell the coalition and earned a reserved spot on Likud’s roster. Netanyahu also awarded former lawmaker Silman a realistic spot on Likud’s slate, two behind Chikli at number 16. 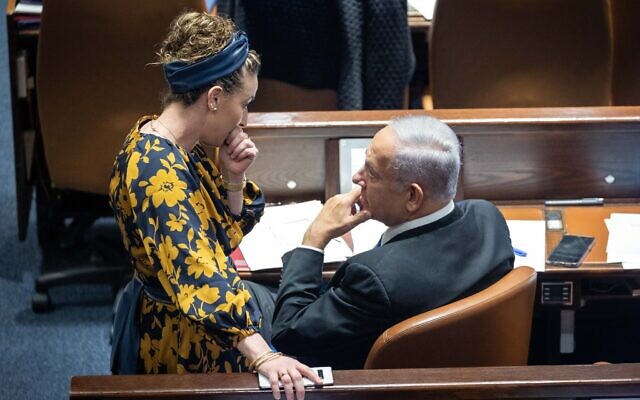 While Chikli was the first Yamina renegade, Silman was arguably more reviled by fellow coalition lawmakers. She abruptly quit the political alliance in April, resigning both her position as coalition whip and depriving the coalition she had until then worked to uphold of its Knesset majority. Silman’s resignation threw the Knesset into a three-month tailspin that culminated in the calling of snap elections.

Meretz also petitioned to disqualify Silman’s Likud run under the same reasoning it provided for Chikli’s ouster. Good governance organization the Movement for Quality Government also petitioned to block Silman, arguing that she made a deal to join Likud before the permitted time to do so.

Both petitions were rejected by Amit Wednesday, clearing Silman’s path to run with Likud.

On Thursday, the Central Elections Committee will rule on petitions to disqualify two Arab parties from the upcoming elections: Islamist Ra’am and nationalist Balad.

Ra’am mainstreamed itself by becoming the first independent Arab party to join a coalition last July, and is unlikely to be disqualified.

Balad is considered a Palestinian nationalist party and has several times been disqualified from running by the Central Elections Committee, most recently in 2009 on the grounds that it does not recognize the State of Israel and has called for armed struggle against the country.

However, the High Court of Justice has routinely overturned disqualification decisions against Balad, enabling its run.