The Israeli military has said it will temporarily remove a unit of ultra-Orthodox soldiers — which has been at the center of several controversies connected to right-wing extremism and violence against Palestinians — from the West Bank for the first time.

In a briefing to reporters on Monday, the Israel Defense Forces said the Netzah Yehuda battalion, part of the Kfir Brigade, would be moved to the Golan Heights, along Israel’s northern front with Syria, by the end of the year.

The army denied the decision was related to the series of controversial and violent incidents over the past year, notably including the death of Omar As’ad, a 78-year-old Palestinian-American who died after being detained, handcuffed, blindfolded, and later abandoned on a near-freezing January night by soldiers of the battalion.

Instead, it said the decision “was made out of a desire to diversify their operational deployment in multiple areas, in addition to accumulating more operational experience.”

It said the unit would return to the West Bank at the end of 2023.

All of the IDF’s other infantry units, including other battalions in the Kfir Brigade, frequently rotate between different frontiers.

Netzah Yehuda, however, has stayed in the West Bank permanently since the early 2000s, first in the Jordan Valley, and then the areas surrounding Jenin, Tulkarm, and later Ramallah.

Netzah Yehuda was created so that ultra-Orthodox and other religious soldiers can serve without feeling they are compromising their beliefs. The soldiers do not interact with female troops to the same extent as other servicemen and are given additional time for prayer and religious study. 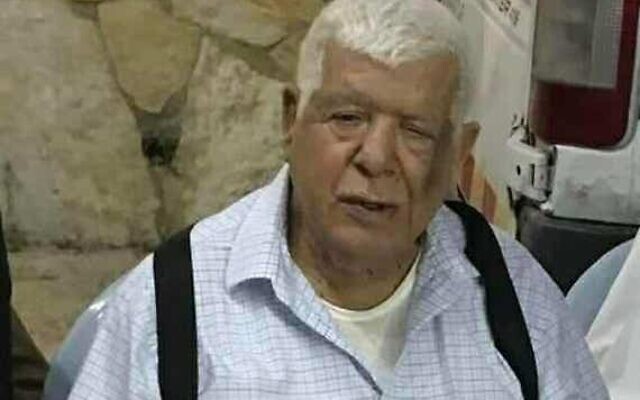 The controversial and violent incidents, especially the death of As’ad, have increased calls by some, including Diaspora Affairs Minister Nahman Shai,  to shut the battalion down.

An IDF probe of the January 12 incident called As’ad’s death an “ethical failure” by the soldiers involved. Two junior officers were removed from their positions over the incident and the head of the unit, the Netzah Yehuda Battalion, was formally censured.

The IDF is also mulling charges against an officer and soldier involved in the incident.

Israel faced intense pressure from the US to investigate the death and bring those responsible to justice, with As’ad also holding American citizenship.

Battalion members have also been convicted in the past of torturing and abusing Palestinian prisoners.

Haredi men three times as likely to be nearsighted, likely due to Talmud study

Amid devastation in Turkey, Israeli rescuers race to save trapped quake survivors

Long-awaited Streisand memoir ‘My Name is Barbra’ coming this year

Woman found dead outside her home in Lod; neighbor arrested on suspicion of murder

‘Waiting for our dead’: Turkey’s slow quake response leaves victims out in the cold

America’s democracy is ‘unbowed and unbroken,’ says Biden in State of Union address

Joe Rogan: ‘The idea that Jewish people are not into money is ridiculous’

Holocaust survivor, 92, to be Doug Emhoff’s guest at Biden State of the Union speech