Ahead of meetings with US officials in Washington, Science and Innovation Minister Orit Farkash-Hacohen and National Security Adviser Eyal Hulata said on Wednesday that they are initiating a process that will transform strategic technological cooperation between the countries, an area that has lagged behind Israel’s high-tech partnership with the European Union.

“The goal is to take full advantage of Israeli entrepreneurship and innovation in fields that are at the front of global challenges, together with our US counterparts and American industry,” said Hulata, speaking by phone with Israeli journalists.

They are accompanied on the trip by dozens of officials from government agencies, including the ministries of agriculture, energy, health, innovation, environmental protection, and defense. Israel’s Ambassador to Washington Michael Herzog is also participating.

Hulata and Farkash-Hacohen were slated to meet Wednesday with US Health and Human Services Deputy Secretary Andrea Palm and Deputy Energy Secretary David Turk, as well as officials from relevant US departments, including the White House Office of Science & Technology Policy.

The meetings are the first major step in the initiative announced in the Jerusalem Declaration that US President Joe Biden and Prime Minister Yair Lapid signed during Biden’s visit to Israel in July.

One of the stated goals of the document was to “form a US-Israel technological partnership in critical and emerging technologies, as well as in areas of global concern: pandemic preparedness, climate change, artificial intelligence and trusted technology.”

National Security Adviser Eyal Hulata speaks at the annual conference of the Institute for Counter-Terrorism Policy (ICT) at Reichman University in Herzliya on September 15, 2022. (Gilad Kavalerchik)

Farkash-Hacohen said that the sides are trying to resolve a “dissonance” in the scope of the cooperation between the US and Israel: “On the one hand, our technology is at the cutting edge of competition between all the countries, and on the other hand, we have potential that is not realized in the fields of research and science between us and the US government.”

While technological collaboration with Europe continues to expand, said Farkash-Hacohen, “the situation with the US is not satisfactory in our opinion.”

Israel officially joined the Horizon Europe program in December, opening the way for Israeli academics and companies to further bid for billions of euros in research funding.

“We want to take civil cooperation forward in fields like climate, energy, health,” she said, pointing at the $700 billion Inflation Reduction Act signed by Biden in August, which directs massive sums toward climate and health technologies.

Unlike the Europeans, the White House had no stipulations forbidding funds from being used on projects over the Green Line.

The two countries agreed last week to create a working group on sensitive quantum computing technology that is looking to fund joint research projects between Israeli and US scientists. 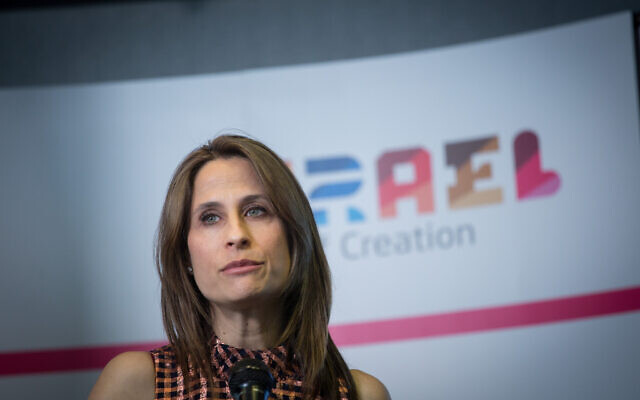 “We want to take the 75 years of US-Israel relations, and open a door that isn’t open enough to Israeli technologies,” said Farkash-Hacohen.

Innovation and Science Ministry Director-General Hilla Haddad Chmelnik said one of Israel’s goals in the meeting is to remove obstacles to US investment and cooperation with the US government.

According to some media reports, however, Israel has paid a price for the expansion of technological ties, with the US receiving increased oversight over Israel’s technological exports as part of the process.

“Everyone is concerned with where technology reaches,” said Hulata in response to a question about US limits on Israeli collaboration with China. “That is exactly the reason to work together, to coordinate, to understand the issue and to expand cooperation properly.”

Only India, South Korea and Japan have signed similar agreements with the US, according to Hulata.