Two men in their 40s were killed Friday morning after they were run over in a tunnel on Route 60 near the Har Gilo settlement in Gush Etzion.

They were found with multisystem injuries and pronounced dead at the scene by first responders.

An investigation has been opened into the incident, police said.

Route 60 stretches from Beersheba in the south to Nazareth in the north and much of it run through the West Bank.

Last month, one person was critically wounded and another seriously injured in a collision between a truck and a car on Route 60. 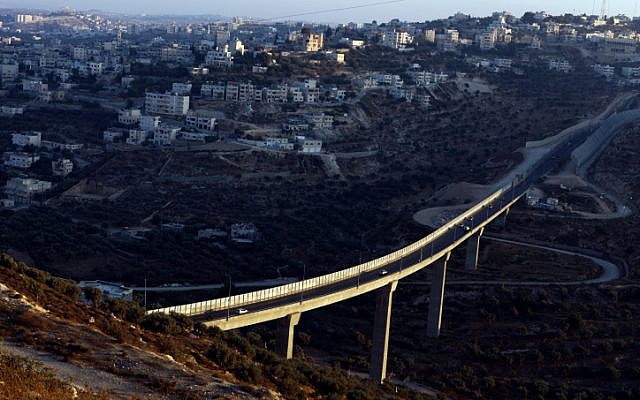 A view from the Israeli settlement of Har Gilo of Route 60, backdropped by the West Bank village of Beit Jala. (Abir Sultan/Flash 90)

A week earlier, a woman in her 30s was killed and a young girl was seriously injured in a collision between two cars and a truck on the same road.

According to the Road Safety Authority’s latest figures, 318 people have been killed in crashes on Israeli roads since the start of 2022, a slight decrease compared to last year.