Abandoned in Rajkot park, baby gets passport hrs after adoption 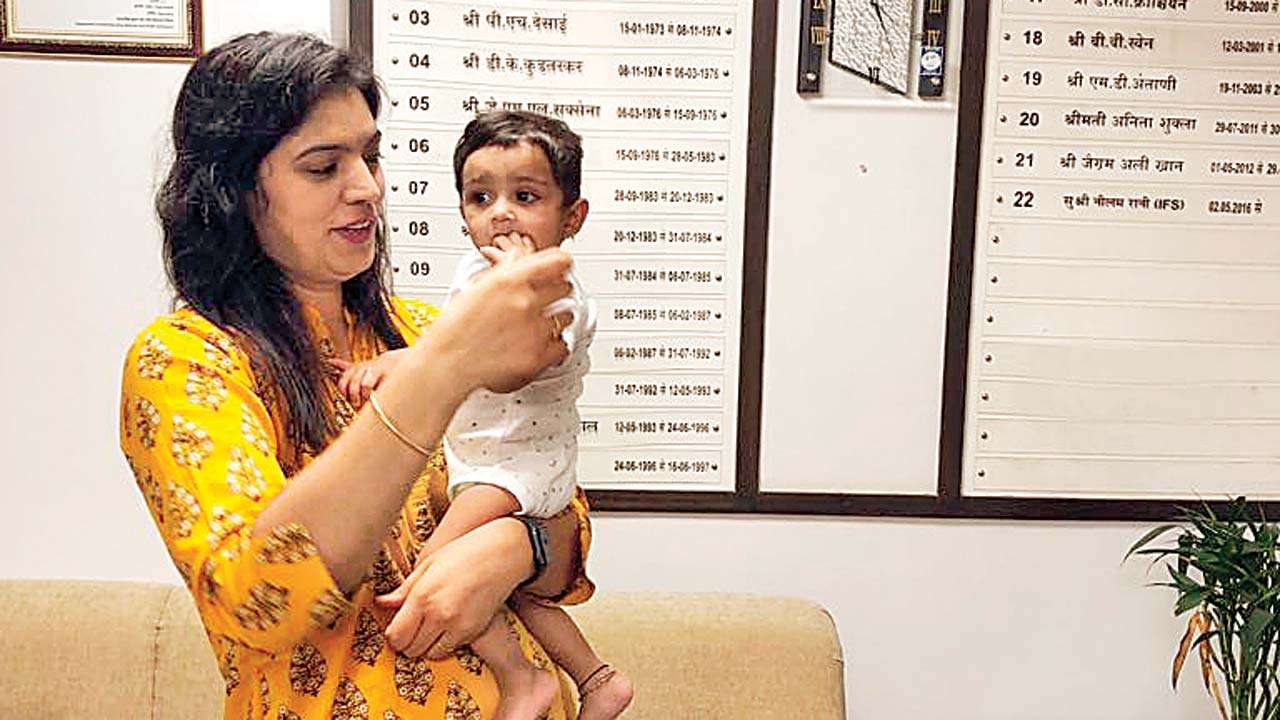 Aarav RPO Neelam Rani with baby Aarav, who was found in a Rajkot park

The Regional Passport Office in Ahmedabad has issued a passport to a 10-month old baby boy, who had been abandoned in a Rajkot public park, in just a few hours after he was adopted by a US-based couple. Aarav was being cared for by Shishir Mandir orphanage before was he put up for adoption.

Regional Passport Officer Neelam Rani said, "There is a lengthy process for adoption, especially when someone from outside the country is involved. The family got clearance from the state government only on Monday and hence we did not have a lot of time in hand to issue the passport. Treating this as a special case, we issued him a passport and handed the same to his adoptive grandparents."

In 2016, the Ministry of External Affairs had relaxed some norms. For orphans who do not have birth date proof, it allows a declaration given by the head of the orphanage/child care home on their official letter head of the organization confirming the same.

Due to changes in guidelines set by the Central Adoption Resource Authority, adoption had become a challenge. Under the new system, prospective adoptive parents have to register online on Central Adoption Resource Information Guidance System, select the preferred adoption agency, upload documents within 30 days of registration and reserve one child from among six pictures displayed on the online portal. If they fail to do so, their number goes down in the list of prospective parents. Across the country, there were around 4,000 in-country adoptions and 374 inter-country adoptions between April 2014 and March 2015.

The 110-year-old Kathiawar Nirashrit Balashram in Rajkot, oldest orphanage in Gujarat that has in past 50 years given more than 700 cases for adoption, has in 2017 given only 13 children for adoption.

Meme-fest Alert: Here is why Twitterati are trolling Budweiser

BonD services in all districts soon

'Makes me feel sick': Giorgia Andriani on dogs illegally being transported to Nagaland for human consumption

'Will play for whatever team I get picked, but...': S Sreesanth names 3 teams he would like to play on returning to IPL