General Narvane reviewed the current security situation and operational readiness of the troops deployed on ground in Jammu-Pathankot region. 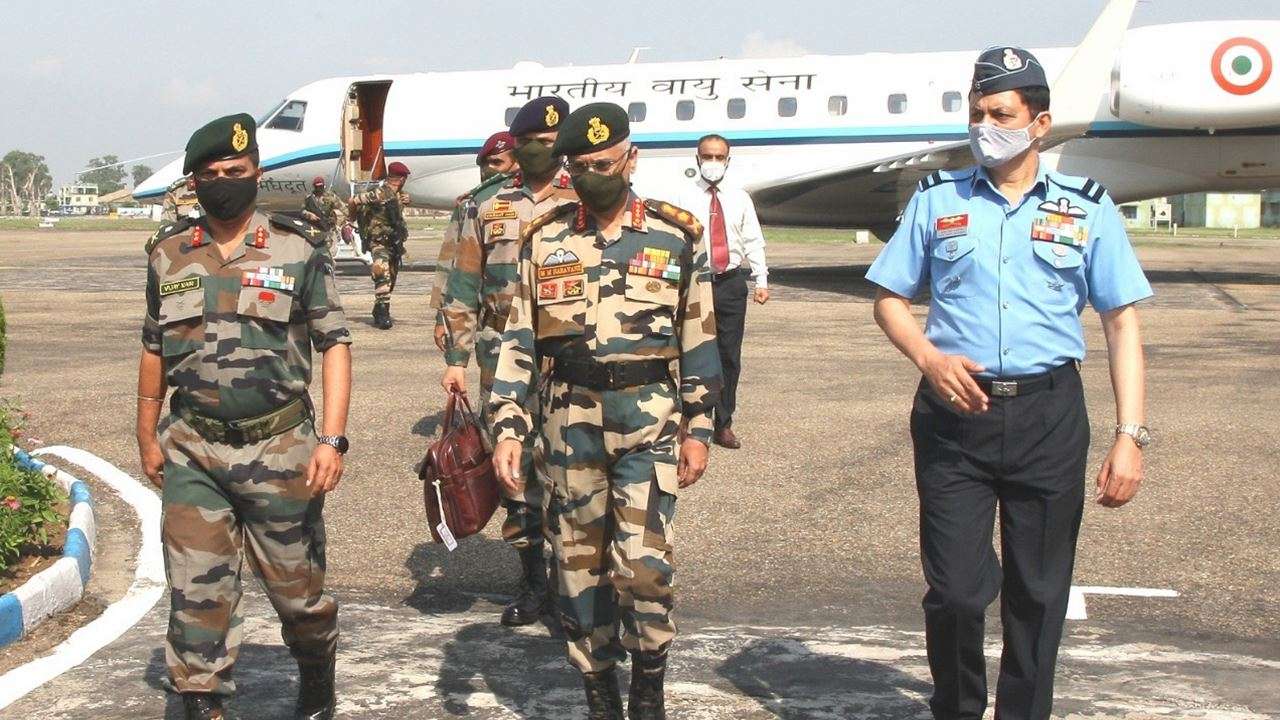 In a statement, the army PRO said that the COAS was briefed by Lt Gen Upendra Dwivedi, GOC, Rising Star Corps on the operational preparedness, up-gradation of security infrastructure and the internal security matters.

"The COAS reinstated the fact of ‘Zero tolerance’ against the ceasefire violations by Pakistan and infiltration attempts by terrorists," it said.

There have been numerous ceasefire violations on the Line of Control (LoC) by Pakistan, particularly in Rajouri and Poonch districts of Jammu which have proven deadly for the civilian pollution. Recently, an Indian army soldier was martyred in Nowshera sector in Rajouri district in unprovoked firing from the Pakistani side.

"He further highlighted that all agencies of the services and government are working together relentlessly and will continue to do the same to defeat the nefarious design of proxy war being fueled by our adversaries," the statement added.

General MM Naravane has also addressed all ranks of Western Command through video conferencing and lauded the morale of the troops. "He expressed complete confidence in Indian Army’s capabilities to thwart any misadventure by the enemies of our country and handle any situation," PRO said.

Plea for CB-CID probe into death of inter-caste couple

An ignored proposal back on the radar

SSLC Result 2020 Karnataka: Class 10 exam results to be out today at karresults.nic.in

As rain continues to lash State, more shifted to camps

Ayurveda, wellness tourism to be in high demand

Many development works in the pipeline in K.R. Puram Agency: Collector

Vijayawada fire: Putting life at risk in the line of duty

Shreyams to file nomination on Thursday

With Cauvery in spate, Mettur dam gets 1.3 lakh cusecs inflow

‘Time will tell if more DMK leaders will join BJP’

Hospitals in Tirupati on the edge

52.5 lakh farmers to get funds under PM Kisan Scheme

Siddaramaiah poses a series of questions on flood relief

Lessons to be aired in sign language on Kalvi TV

Spike of 106 cases in Kollam

A mark of self discipline

Crops on 29,529 hectares of land damaged in incessant rainfall

Gear up to take up cultivation, tribal people told

Rescue team of fish workers to be set up

Pathanamthitta on alert as dam opens

Fishing banned till August 12 in capital

Toll due to Idukki landslide rises to 43; IMD predicts heavy rains in six districts in Kerala till Tuesday

Over 150 patients being treated in hotels in city

A deadly brew of urge and ignorance

Gross storage up in major dams in Cauvery basin in Karnataka