The 'Fake Melania' online conspiracy theory has resurfaced again, with one recent photograph leaving many convinced a lookalike body double was standing in for the US First Lady. 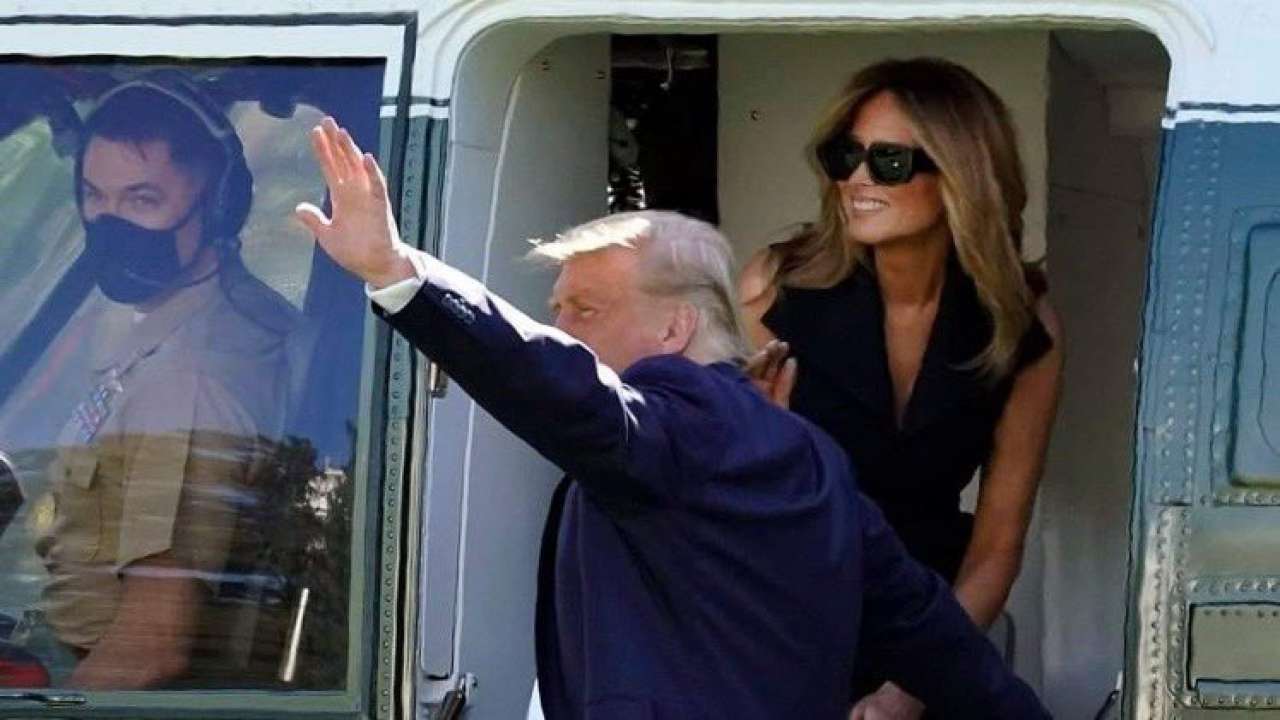 One thing that kept the social media preoccupied this weekend was whether or not Melania Trump uses a body double for some events.

The 'Fake Melania' online conspiracy theory has resurfaced again, with one recent photograph leaving many convinced a lookalike body double was standing in for the US First Lady.

The photograph, taken on October 22, shows US First Lady Melania and President Donald Trump boarding Marine One on the South Lawn of the White House in Washington, in which she can be seen wearing black sunglasses, obscuring her face and smiling broadly.

Many claimed that Melania's smile in the photo did not match her smile in other photos.

The only thing I'll miss from this administration is them swapping in new Melanias and just pretending we won't notice like a 4-year-old with a guppy pic.twitter.com/8J0A4E9z5H

Good luck finding any photos of Melania smiling like that. https://t.co/6pwZTUObDR pic.twitter.com/5dgQKW2S84

The #FakeMelania hashtag is a regular occurrence on Twitter and has been around since at least 2017, with Twitter searches producing numerous photos of the first lady and unfounded commentary that the woman in the images is not Melania Trump.

Trump's spokeswoman, Stephanie Grisham, said "Once again we find ourselves consumed with a ridiculous non-story when we could be talking about the work the first lady is doing on behalf of children, including the opioid crisis that is gripping our nation."

The conspiracy theory that FLOTUS has a body double has emerged so many times that even Donald Trump tweeted about it last year.

The Fake News photoshopped pictures of Melania, then propelled conspiracy theories that it’s actually not her by my side in Alabama and other places. They are only getting more deranged with time!

And Melania isn’t the only US political figure to be accused of using a decoy.

In 2016, there were claims Hillary Clinton had been replaced by a body double after she collapsed at a 9/11 memorial service in New York after a battle with pneumonia.

We should be cautiously optimistic about economy: CEA

3,966 cases in State as testing continues to be low

Fighting polls being a good sport

A walk down memory lane when polls were strange, fresh events

A 94-year old bank is part of history now

Check out the ‘Maradona museum’ at this Kerala hotel

Congress will have to be realistic and reasonable in Bengal, says D. Raja

It Was A Beautiful Dream For Me: Dimple Kapadia On Christopher Nolan's 'Tenet'

Farmer Killed, 2 Others Injured on Way to Delhi as Truck Hits His Tractor-trolley in Bhiwani

Indian-origin Man Charged with Murder of Mother in UK