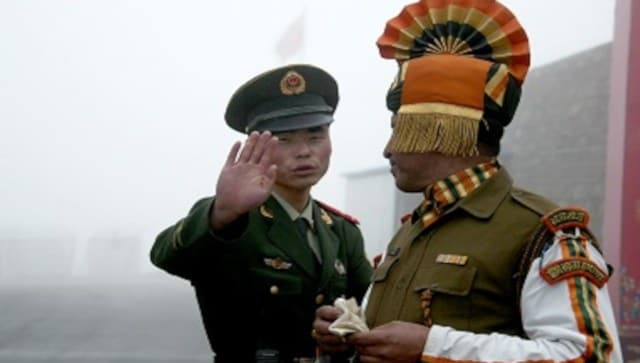 Situation tense on the LAC. AFP

New Delhi: The Indian and Chinese armies are working to schedule their seventh round of talks to take steps towards "early and complete" disengagement of troops along the Line of Actual Control (LAC) in eastern Ladakh in accordance with the existing bilateral agreement and protocols, the Ministry of External Affairs (MEA) said on Thursday.

The comments by the spokesperson of the MEA came a day after the two countries held another round of diplomatic talks under the framework of the Working Mechanism for Consultation and Coordination (WMCC) on border affairs to resolve the five-month-long military standoff in eastern Ladakh.

The two sides have already held a series of diplomatic and military talks to defuse the standoff but no concrete breakthrough has been achieved yet.

The sixth round of Corps commander-level talks was held on September 21 following which they announced a slew of decisions including not to send more troops to the frontline, refrain from unilaterally changing the situation on the ground and avoid taking any actions that may further complicate matters.

The military talks were held with a specific agenda of drawing a roadmap to implement the five-point agreement reached between External Affairs Minister S Jaishankar and his Chinese counterpart Wang Yi at a meeting in Moscow on 10 September on the sidelines of a Shanghai Cooperation Organisation (SCO) meet.

"As agreed in the last senior commanders' meeting, the two sides are now working to schedule the seventh round of the meeting so that both sides can work towards early and complete disengagement of the troops along the LAC in accordance with the existing bilateral agreement and protocols, and fully restore peace and tranquility," Srivastava said.

On Wednesday's diplomatic talks, he said the two sides were of the view that it was necessary to implement the steps outlined in the last meeting of the senior commanders so as to avoid misunderstandings and to maintain stability on the ground.

The MEA spokesperson said the two sides reviewed the situation along the LAC and had detailed discussions over it, besides reviewing the outcome of the sixth round of military talks which took place on 21 September.

"As I had noted last week that the meeting had resulted in a joint press release and two sides had agreed on some steps to ensure stability on the ground even as they work towards complete disengagement in all friction areas," said Srivastava.

The agreement reached at the Jaishankar-Wang meeting included measures like quick disengagement of troops, avoiding action that could escalate tensions, adherence to all agreements and protocols on border management and steps to restore peace along the LAC.

Meanwhile, Jaishankar on Thursday greeted his Chinese counterpart Wang as well as the government and the people of China on the occasion of the 71st anniversary of the founding of the country.

"Extend my felicitations to State Councilor and FM Wang Yi and the Government and People of PRC on the 71st anniversary of the founding of People''s Republic of China," Jaishankar tweeted.

On 1 October, 1949, Chairman Mao Zedong proclaimed the founding of the People's Republic of China after Communist forces won a 20-year civil war.

What is the actual FPI cap in Airtel at present?

News18 Daybreak | Covid-19 Vaccine Ready for Rollout by Dec: CEO Serum Institute; President Suspends DU Vice Chancellor For 'Dereliction of Duty' and Other Stories You Need to Watch Out For

India Should Assess Covid-19 Fight Against Metric of How Many Lives We Are Able to Save: PM Modi

IPL 2020 Points Table, Orange and Purple cap update: Mumbai Indians all but through to playoffs, KKR in trouble

'Our bodies deserve to be treated well, I didn't respect it': Avika Gor pens on her physical transformation

How Indus, the Made in India app store, took wing

Billy Joe Shaver, legendary singer-songwriter and pioneer of 'outlaw' country in the '70s, passes away aged 81

SpiceJet sea plane to take off on Saturday

Allrounder Green To Play ODIs, T20s For Australia Vs India

India on Its Way to Economic Recovery, Will be Most Preferred Investment Destination, Says PM Modi

Nia Sharma's bag gets stolen from her car; appeals to Mumbai police for help

Opposition turns the heat on Pinarayi

Bharti Airtel to stay away from 5G auctions

Pankaj Tripathi on Mirzapur 2, upcoming work and his meteoric rise: 'I haven’t taken a day off in two years'

US to open embassy in Maldives; Foreign Minister Shahid calls it 'historic step'

Pompeo To Stop In Vietnam During Asia Tour

Bride-to-be Kajal Aggarwal stuns in ethnic look at her mehendi ceremony; photo inside