Lebanon's Prime Minister Hassan Diab stepped down from his post and announced the resignation of his government on Monday, in the wake of the Beirut port explosion that triggered protests and international outrage. 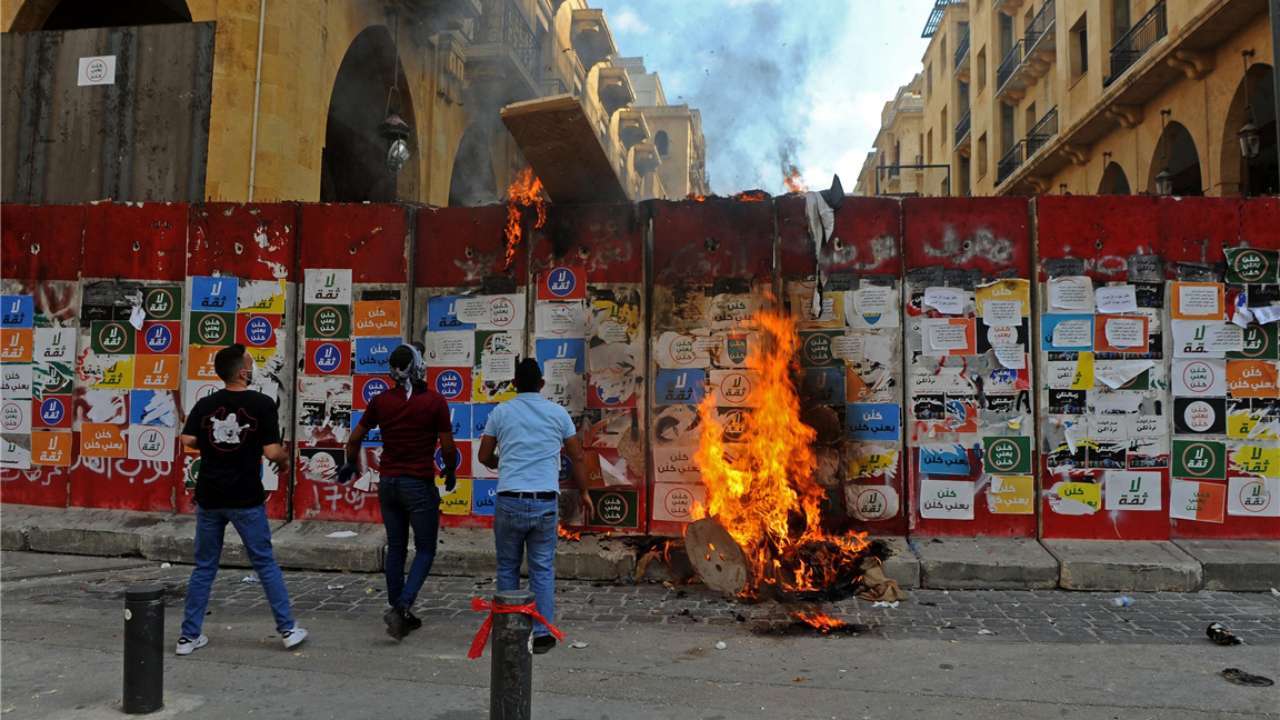 Lebanon's Prime Minister Hassan Diab stepped down from his post and announced the resignation of his government on Monday, in the wake of Beirut port explosion that triggered protests and international outrage.

The demonstrators demanded that the government should resign. The protests on Saturday and Sunday grew into clashes where more than 700 people sustained injuries.

The PM said he has come to the conclusion that corruption in Lebanon is "bigger than the state," AP reported.

Three of his ministers submitted their resignations last week in the wake of the disastrous blasts that shook the entire city of Beirut.

Prime Minister Hassan Diab, in a brief televised speech, said that he is taking "a step back" so he can stand with the people "and fight the battle for change alongside them," AP reported.

Information Minister Manal Abdel-Samad and Environment Minister Damianos Kattar also recently submitted their resignations in the wake of the deadly blast in Beirut and subsequent protests.

Protests engulfed Beirut this past weekend in the backdrop of the deadly blast that rocked the city's port on August 4. The explosion killed 158 people and left more than 6,000 others injured. Its shock waves have caused damage, estimated at one billion USD to at least half of the city's infrastructure.

According to the Lebanese government, the blast was caused by some 2,750 metric tonnes of ammonium nitrate, which was confiscated by the port authorities back in 2014 and stored in violation of safety protocols for years since.

(With inputs from ANI)

Rajan, Acharya may be off mark: PSU banks need strategy and focus to survive, not privatisation as remedy

Indian films that sparked the critic in me: Ramu Kariat’s Chemmeen remains misunderstood and misrepresented – even by its admirers

Why Has the BJP Forgotten Us, Asks Kashmiri Pandit Leader on Fast-Unto-Death in Srinagar

PM Modi assured us he will not allow injustice to Tamil Nadu on Mekedatu, says T.R. Baalu

In Order to Meet Covid-19 Testing Target, UP Doctor Gives His Sample 15 Times

Remember the Time When Baba Ramdev's Patanjali Batted for Legalisation of Marijuana?

SpiceJet to Start Services to Darbhanga from Delhi, Mumbai, Bengaluru From Nov 8

UP Govt Inaugurates Covid-19 Ward in Lucknow Made in 5 Days, State to Get 3 More Testing Labs

Marsh May Be Ruled Out Of Entire IPL Due To Ankle Injury: Sources

CET 2020: verification slip can be downloaded after documents are verified

SpiceJet to Resume Services to Darbhanga from Delhi, Mumbai, Bengaluru From Nov 8

Arjun Kapoor to donate his plasma after testing positive for coronavirus