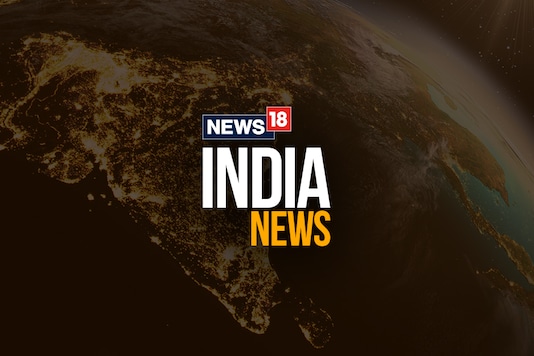 Odisha on Thursday registered the highest single-day recovery of 4,380 COVID-19 patients, taking the number of cured people to 1,90,080, a health department official said. The recovery rate in the state now is 85.33 per cent.

Bhubaneswar, Oct 1: Odisha on Thursday registered the highest single-day recovery of 4,380 COVID-19 patients, taking the number of cured people to 1,90,080, a health department official said. The recovery rate in the state now is 85.33 per cent.

A record 17 people also died due to coronavirus taking the number of fatalities to 859, while 3,615 new cases pushed the tally to 2,22,734, the official said. “Regret to inform the demise of seventeen #COVID19 positive patients while under treatment in hospitals,” the Health and Family Welfare Department said on Twitter.

Khurda district, of which state capital Bhubaneswar is a part, registered four deaths. Two patients each succumbed to the infection in Cuttack and Nayagarh districts, and one each in Angul, Bhadrak, Balangir, Dhenkanal, Jagatsinghpur, Kalahandi, Kendrapara, Puri and Rayagada. Of the 3,615 new cases, 2,118 were reported from various quarantine centres in Odisha, and the remaining detected during contact tracing.

Khurda recorded the maximum number of fresh cases at 671, followed by Cuttack at 371 and Angul at 188. Odisha now has 31,742 active cases, the official said.

Fifty-three COVID-19 patients have died due to comorbidities, according to the health department. Over 33 lakh samples were tested for COVID-19 in the state so far, including 49,645 on Wednesday.

Meanwhile, Director of Regional Medical Research Centre (RMRC), Bhubaneswar, Dr Sanghamitra Pati said that Odisha is one of the states in the country to carry on Sero Survey at regular intervals. “Sero Survey is a significant intervention which works as an indicator on Antibodies against COVID-19,” she said.

Pati said the Sero Survey conducted in Gajapaqti district recently after Puri, Bhubaneswar, Berhampur and Rourkela, revealed that the people in the southern Odisha district have the highest 64.67 per cent people developed antibodies. “Sero Survey will begin in Malkangiri district from October 5. Then the third phase survey will be undertaken in Bhubaneswar. The survey will be carried on in Cuttack also,” she said.

Disclaimer: This post has been auto-published from an agency feed without any modifications to the text and has not been reviewed by an editor

Pakistan MPs pass resolution to recall ambassador to France; forget there isn't any

'Priyanka Chopra didn't treat me like kid or junior, felt like she is a friend': Kangana Ranaut on 12 years of 'Fashion'

World Psoriasis Day: Know all about symptoms, causes, cure for the 'skin disorder'

How RBI can prevent frauds

Only green crackers allowed in Delhi this Diwali, up to Rs 1 lakh fine for violation

What is the actual FPI cap in Airtel at present?

News18 Daybreak | Covid-19 Vaccine Ready for Rollout by Dec: CEO Serum Institute; President Suspends DU Vice Chancellor For 'Dereliction of Duty' and Other Stories You Need to Watch Out For

India Should Assess Covid-19 Fight Against Metric of How Many Lives We Are Able to Save: PM Modi

IPL 2020 Points Table, Orange and Purple cap update: Mumbai Indians all but through to playoffs, KKR in trouble

'Our bodies deserve to be treated well, I didn't respect it': Avika Gor pens on her physical transformation

How Indus, the Made in India app store, took wing

Billy Joe Shaver, legendary singer-songwriter and pioneer of 'outlaw' country in the '70s, passes away aged 81

SpiceJet sea plane to take off on Saturday

Allrounder Green To Play ODIs, T20s For Australia Vs India

India on Its Way to Economic Recovery, Will be Most Preferred Investment Destination, Says PM Modi

Nia Sharma's bag gets stolen from her car; appeals to Mumbai police for help

Opposition turns the heat on Pinarayi

Bharti Airtel to stay away from 5G auctions

Pankaj Tripathi on Mirzapur 2, upcoming work and his meteoric rise: 'I haven’t taken a day off in two years'