Islamophobia in France becomes more divisive than ever

Thursday, 29 October 2020 _Following the beheading of a “History” teacher, Samuel Paty, many in France contend freedom of speech should hold no bars, others opine that offensive and abusive language or acts breach propriety, hence the widening division. 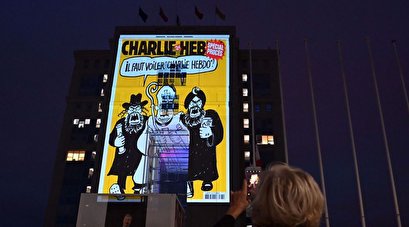 France, that paragon of Equality, Fraternity and Liberty, appears to have become even more divided than it already was before the offensive publication by Charlie Hebdo.  Home to the largest Muslim population in Europe on the one hand, with a racist, anti-Islamic and nationalist group of people who are openly discriminatory against Muslims on the other, is facing a national dilemma.

A recent opinion poll shows that the majority of respondents believe the Charlie Hebdo magazine was acting within its rights to publish the offensive cartoons, with the extreme views in the poll most likely coming from the strong far-right supporters in France, that have often made their feelings clear about immigrants and Muslims in the country.

On the other hand, 70% of Muslim respondents claimed that they thought that the publication was inappropriate, improper and sacrilegious, and believed that the offensive images which did nothing to promote integration and acceptance of a diverse and multicultural population which France should, in fact, welcome and enjoy.

Massimiliano Allegri: Ronaldo is a top player in terms of mentality. He has a new goal every year
Borussia Dortmund presented a collection with Spongebob as part of a deal with Nickelodeon
Woodward on Manchester United and trophies: there is a lot of work Ahead to achieve the stability needed
Neuer - best goaltender in 2020, Alisson-2nd, Oblak-3rd (ESPN)
Liverpool are Interested in 21-year-old Leipzig defender Konate
Niko Kovac: I'm Waiting for Golovin to return. But it might be better to wait another week or two
Suarez's Italian language examiners were suspended for 8 months. An investigation is underway against the Director of Juve Paratici
Source https://www.yjc.ir/en/news/49034/islamophobia-in-france-becomes-more-divisive-than-ever