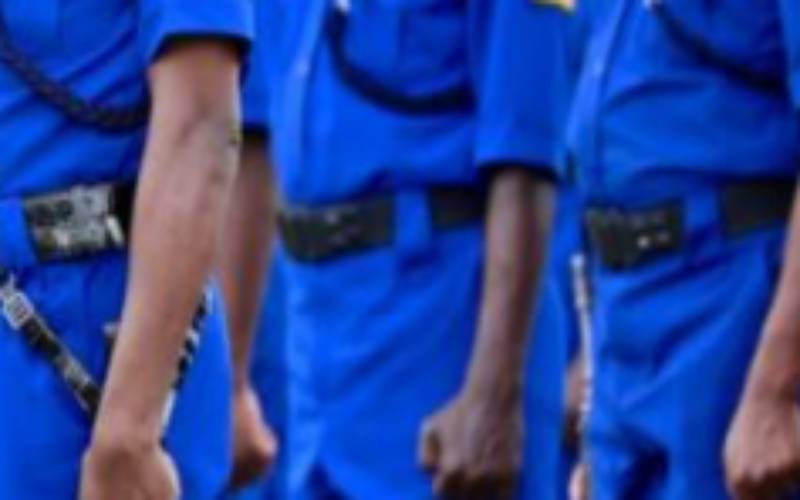 Police have arrested four police officers and one civilian on suspicion of extorting Sh80,000 in cash from a Tanzanian national.

It is alleged that the five “arrested” the Tanzanian national at Loitoktok in Kajiado County on Friday, May 27, bundled him into one of their two vehicles and drove with him to Nairobi.

The suspects are alleged to have extorted Sh80,000 from the victim, who later Sunday, May 29, filed a report at Loitoktok Police Station.

In the report filed under OB Number 25/29/05/2022, the suspects were identified as Corporal Geoffrey Mwongela of Buruburu Police Station, police constables Alex Katana and Kelvin Njuguna, both of Buruburu Police Station; Administration Police Constable Tony Sirgoi, who is attached to the Security of Government Buildings at Uhuru Camp and a 33-year-old civilian David Mutua, who hails from Masinga in Machakos County.

The suspects’ two cars, a Toyota NZE and a Mazda Demio, were towed to Loitoktok Police Station.

Police said the suspects, who are currently in custody at Loitoktok Police Station, were cornered on Sunday while speeding on the road leading to Loitoktok airstrip.

“One full set of police uniform, a pair of handcuffs and police communication gadget were recovered from the suspects,” the police report filed at Loitoktok station said.