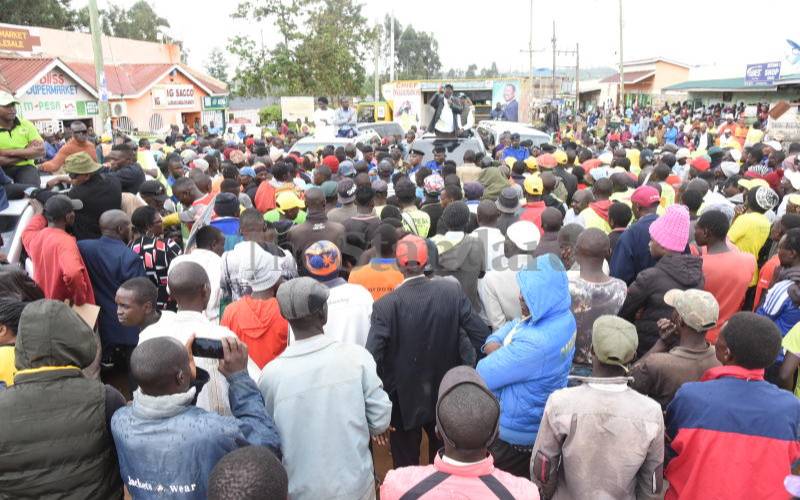 Mr Mudavadi noted that in the spirit of transparency and accountability, Kenya Kwanza Alliance made public the agreement.

He said the interests of the Luhya community and Western at large, are guaranteed under the deal. He claimed the Luhya are not represented on the negotiation table of Azimio la Umoja One Kenya and asked the locals to demand to know what’s in store for them.

Speaking during the second day of a series of rallies in Western, the ANC leader said Kenya Kwanza is committed to ensure Dr Ruto wins in round one to save the country the burden of run-off polls.

“Musalia and I mean well for the community. Let no one cheat you that he has the interest of the community at heart more than the two of us have. I am satisfied with my Senate role, and in Kenya Kwanza, we are after the interests of the region,” said Wetang’ula.