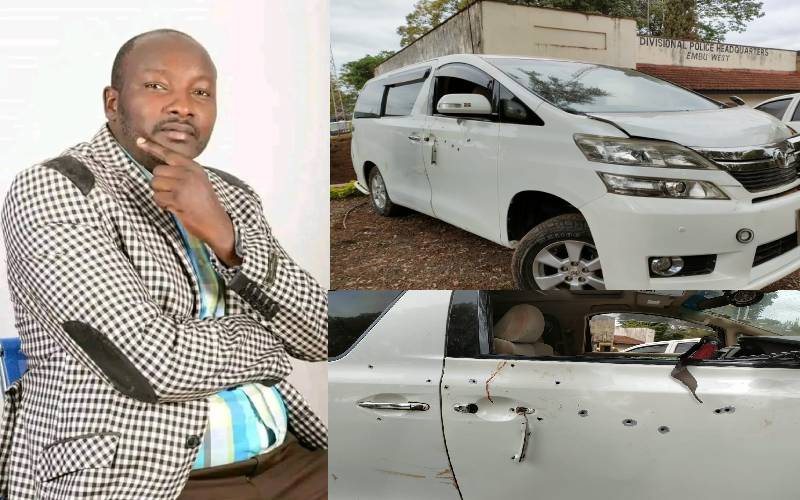 Dennis Mbae who died after his car was sprayed with 16 bullets. [Muriithi Mugo, Standard]

Police in Embu have launched investigations into a shooting incident that left a businessman-cum politician dead.

This is after the businessman-cum-politician Dennis Mbae succumbed to gunshot injuries after his car was sprayed with bullets by unknown assailants at Bonanza Estate in Embu town.

"Our initial investigations indicate that the deceased was trailed by an identified vehicle before he was ambushed by the gunmen who shot him at close range,” Kyumbure said.

The police boss said good Samaritans informed the police and rushed him to the Embu Level Five Hospital where he succumbed while receiving treatment.

He claimed the attack could be from a criminal gang, and further warned such networks that their days were numbered.

The car had 16 bullet marks on the right door with the seats soaked in blood.

A neighbour who heard the gunshots also indicated that the gunmen may have shot over 20 bullets.

Another resident who did not want to be identified said Mbae, who was a former MCA, lived a controversial life.

In 2017, the deceased had been named as the most wanted criminal and drug trafficker.