How the handout economy is fueling Kenya's inflation 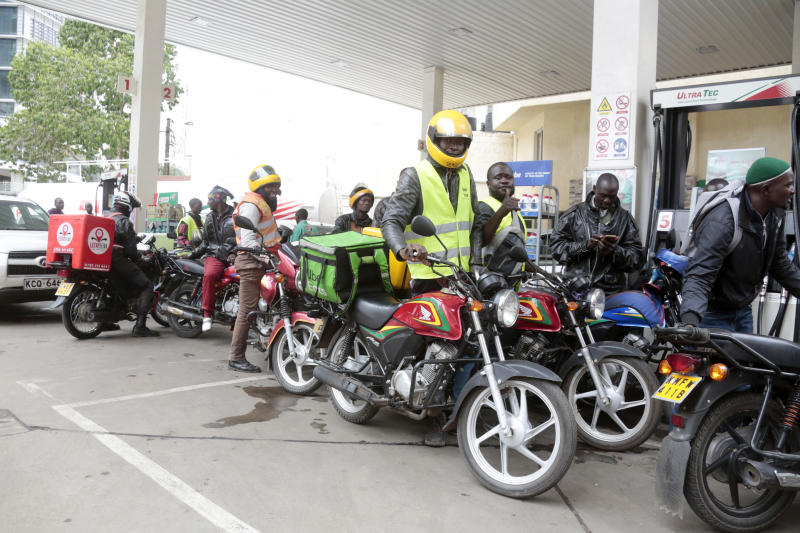 Motorcyclists scramble to fuel at a Rubis Petrol Station along Koinange Street in Nairobi on April 11, 2022. [Boniface Okendo, Standard]

In an election year, the role of politics changes. It becomes a source of entertainment and income.

It is usual to see crowds waiting for politicians on the roadsides because there are few open grounds available.

These crowds are not only waiting to be addressed by vote seekers but also to be “rewarded” for attendance.

Few would come for such rallies just to listen to politicians.

They have radios and TVs in their homes. With mobile phones, the message can be easily amplified.

My sources tell me that it’s not just ordinary people who get rewarded, opinion leaders are rewarded too with petrol, lunch and cash.

The reward system is more lucrative because you can get rewards from different politicians on the same day! It’s the classic: “fuata nyuki ule asali.”

In a country with such high unemployment rates and hustling, it‘s easy to get such crowds.

It’s a good pastime, good entertainment. After all, we closed most movie theatres.

My biggest economic worry is that giving free money with no commensurate productivity leads to inflation. Beyond the Ukraine crisis and food shortage, we should be factoring such “free money” as one of the key drivers of inflation.

Such free money is consumed immediately, but production lines even for mandazi are not adjusted immediately putting pressure on prices.

When we think of rising inflation, we should factor in electioneering.

The amount of money needed to entice people to come out and cheerlead has gone up. It started at Sh50 but has now risen to Sh1,000 and beyond.

It was for a long time contained by the note denominations. Not anymore.

It is unlikely that hard-earned money can be that easily distributed.

Voters know the most generous and meanest politicians. It’s another question if that translates into votes. It would be interesting to find out what makes a voter finally decide on whom to vote for.

It’s a tragedy that 60 years after Uhuru, we can still queue on roadsides to get handouts.

What of tomorrow and the day after? We have been degraded to that extent?

What happened to our pride?

While poverty is a factor in this handout mentality, the political leaders who could be instrumental in ending this mentality are driving it.

Will the next crop of leaders after the 2022 polls end this mentality or enhance it? We can only wait and hope.