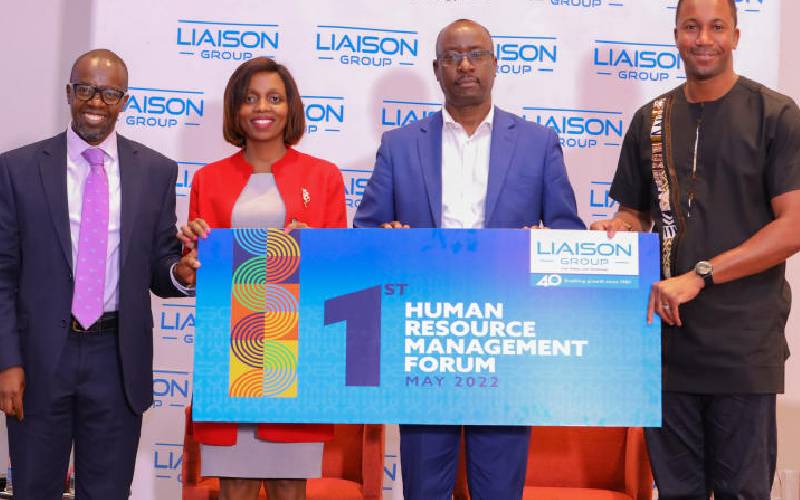 Since 2020, the world of work has never been the same. The workspace has become more flexible and dynamic.

Models such as remote and hybrid working are now the norm in even developing markets like Kenya. This is amid the acceleration of technology and automation.

Liaison Group Chief Executive Tom Mulwa noted that in the early days of the pandemic, it was hard to measure workers’ productivity as systems were not in place yet.

But now it is better and companies have since embraced the new normal of work.

“In the last two years, we’ve had tools good enough to measure production. And if you look at the results coming from the sectors of the economy, even in terms of GDP (gross domestic product), the production levels have actually improved,” he said.

Mr Mulwa was speaking on Thursday during an engagement forum with human resource professionals exploring the future of work post-pandemic.

The forum, convened by the financial services firm, discussed priorities and existing challenges in the revolutionised workplace.

Mr Mulwa pointed out that the labour demands of the modern talent space had reshaped the thinking of organisations.

“Some of the policies adopted to ensure a conducive workplace post-pandemic include investing in employee wellness programmes, policies on remote and hybrid working and regularly checking in on employees,” he said.

The HR industry, he added, had reshaped its role and helped employees quickly adapt to a transformed workplace.

He said the workplace transformation is amid a tough reality for workers owing to a rising cost of living and stagnant wages.

This is even as the economy recovers, growing by 7.5 per cent last year compared to a negative growth of 0.3 per cent in 2020, according to the Economic Survey 2022.

“The inflation rate last year was at 6.3 per cent while the average earnings for workers rose at a slower pace. For the last two years, the average worker’s purchasing power has been eroded by over five per cent,” Mr Mulwa said.

He said challenges that were cropping up in the post-pandemic workplace include an increase in screen time for workers as the focus for organisations shifted to digital.

This led to emerging trends such as digital exhaustion.

Safaricom Chief Human Resource Officer Paul Kasimu said employees were now at the centre of everything that drives an organisation.

He said even with the increased automation, human beings were far from being replaced in the workplace and job roles could only keep evolving.

“Individuals will still be required to do more engagements ensuring that they drive strategy (and) add value to what the machines are doing,” he said.

Mr Kasimu said challenges with models such as hybrid was difficult to build a company culture.