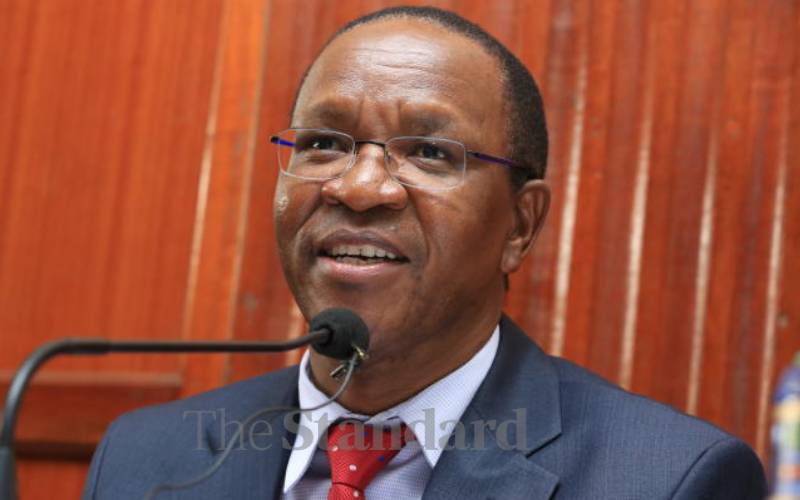 Kibicho added that if invited by Deputy President William Ruto’s and the United Democratic Alliance, he will also attend to conduct civic education.

According to Kibicho, senior civil servants have a role to play in civic education by educating members of the public. This, however, he said is being mistaken as engaging in electoral campaigns.

He also said senior civil servants are at liberty to educate Kenyans on the importance of choosing qualified leaders and he was personally ready to attend meetings of any political formation to talk about ethics and integrity.

Dr Kibicho was speaking during an interview with Citizen TV yesterday, where he argued that civil servants attending meetings organised by political parties were not breaking any law.

The PS said it was the civil servants’ right to declare whom they support and nobody can criminalise their decision to associate with any political grouping. He said civil servants do not wake up every day to discuss politics but are invited to church events or organised meetings and there’s nothing wrong with them giving their opinion on their political preferences or candidates.

“We don’t have any plans to interfere with the coming General Election... President Uhuru Kenyatta has stated on several occasions that the will of the people will be respected by the government. I can assure Kenyans on that,” he said.

The Interior PS claimed this year’s election will be a two-horse race between Azimio presidential aspirant Raila Odinga who will likely get 60 per cent of the vote according to intelligence reports and Kenya Kwanza aspirant Ruto.

He said despite the DP serving in government, he was out of touch with what was happening and that was the reason why he was giving promises of reviving some projects which are already operational.

Kibicho accused Ruto of telling Kenyans that he will reduce the price of fertiliser yet the government had already done that just as the pledge about reviving the Kenya Meat Commission which was already operational.

“The Independent Electoral and Boundaries Commission will work with government agencies like the Judiciary, Communication Authority of Kenya, and National Police Service to ensure a successful electoral process since the IEBC does not have capacity to do everything,” said Kibicho.

The PS said there was a multi-agency team prepared for the coming General Election and that each stakeholder was prepared to play their role.

He said his main role was to ensure law and order for a peaceful election and that he was prepared to hand over his office after the polls. Kibicho said since he assumed office in 2016 there has been tremendous development in the sector with police officers having enough guns to protect Kenyans and the improvement of the passport application process.

“I have no regrets over how I have performed my role as Interior Principal Secretary for the past eight years and would do everything exactly the same way,” he added.