My Life in Crime: “I Stole a Bible That Changed my Life” 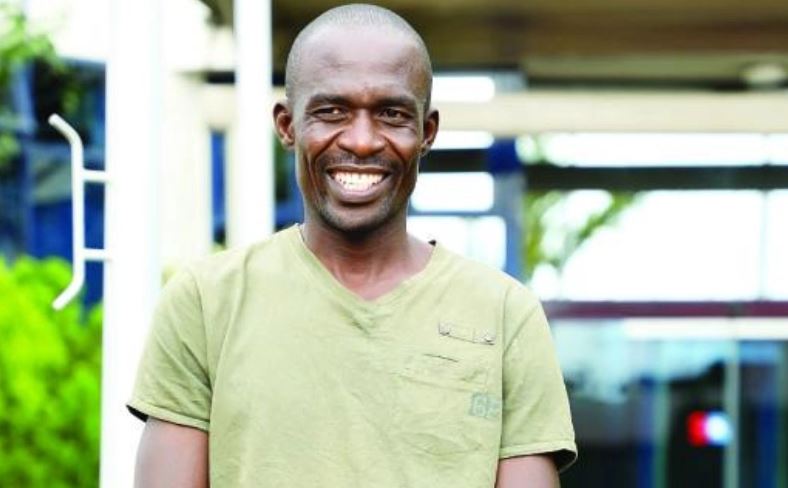 Fredrick Okinda is a reformed criminal based in Korogocho slums. He shares how he ended up in crime and survived death by a whisker before a Bible he had stolen changed his life for the better.

How did you end up in crime?

I was born and raised in Korogocho way back in the 80s. Growing up in the slums came with its own challenges. I lost my father at a tender age. My mother did her best though life was tough. She was forced to brew chang’aa for our survival. With that tough struggle, I managed to complete Class Eight but unfortunately, I was unable to proceed with my education due to lack of fees. And that’s how my life took a different twist.

I lost hope when I dropped out of school. At the same time, I needed good life, so my next step was definitely to join crime. There was an uncle whom I loved and respected a lot. He had class from his dressing, and this motivated me to be close to him. One day, I asked him to find me a job and he sarcastically asked me if I have the courage. Without thinking twice, I told him I was willing to do anything to change my state.

After a week, he took me to Huruma claiming that there was a job that I was supposed to work on just to realise on site that I was being tasked to be a spy of their gang.

Why didn’t you refuse?

Crime is like an oath, once you are in you can’t get out. I already knew their secret and they couldn’t allow me to walk away. I had to be part of the game for my safety and my family, too.

How was it living such a life?

It was one of the most dangerous things I have ever done. I lost friends each and every passing day. There was a time I lost over 50 friends and neighbours in a span of one month.

Were you ever scared that you could be the next?

When I lost my brother, it somehow shook me but I was told that a soldier never gives up in battle, they fight to the last bullet. I saw it as an unfortunate turn of events but I had to soldier on. I now moved from being a spy to ferrying guns.

How did you move the guns without being detected?

We used to wear school uniforms if the raid was supposed to be conducted during the day. At that time, people did not suspect students in school uniforms. We would pass the police without raising eyebrows.

How did your change come about?

From ferrying guns, I graduated to being part of the gang, we stole for quite some time before I lost almost the entire squad.

The worst scenario was at Donholm. We went to steal from a supermarket. I was left at the entrance to spy. Unfortunately, when the two stormed the counter, one of the cashiers pressed an alarm and we were surrounded by the police. I managed to escape by the hair of my teeth – I walked away pretending to be a customer who was trying to get in. My two friends were gunned down as I watched.

So from there, I was reduced to a petty thief. I started snatching handbags from women and pickpocketing.

One fine Sunday, I woke up and positioned myself at Korogocho Bridge. I saw a woman with a baby. With her vulnerability, I pulled out a knife, scared her and took off with her handbag.

It was very heavy and I knew that finally, God has blessed me with wealth.

As I was taking off, the lady told me: “Chukua tu na ikubadlishe.” I was sure that I had found a stash of money.

When I opened the bag, the first thing my eyes saw was a Bible and then a diaper.

How did that make you feel?

I knew straight away that it was God who was talking to me. I felt heavily convicted and I knelt down and prayed. I prayed until I cried and that’s how I made a vow to change my life and become a better person.

I later started a youth group called Komb Green – it rehabilitates youths from crime to environmental lovers. Also, through partnerships, we find them jobs that keep them stable.

So far, over 100 youth have benefited from the initiative.