Parties back in court over Mumias receiver manager 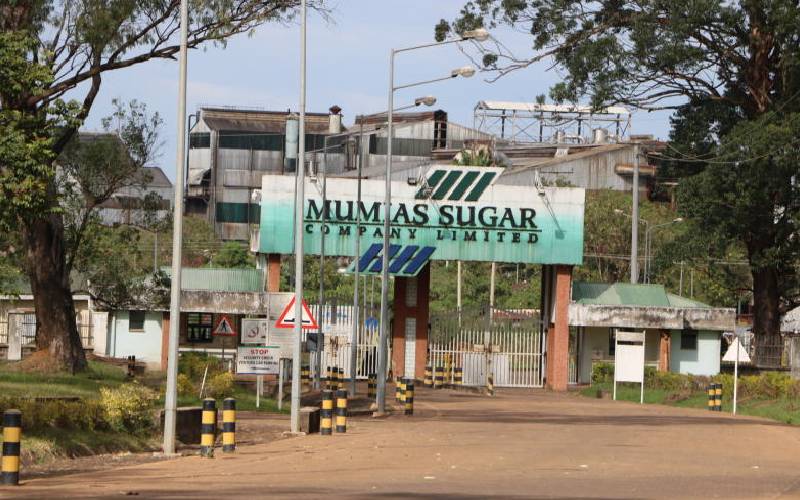 Parties battling each other in court over Mumias Sugar Limited lease clashed over an administrator appointed by a Commercial Court to run the ailing miller. [Benjamin Sakwa, Standard].

Parties battling each other in court over Mumias Sugar Limited lease yesterday clashed over an administrator appointed by a Commercial Court to run the ailing miller.

KCB, Gikwamba Farmers, and Uganda-based miller Sarrai urged the Court of Appeal to lift orders issued by Commercial Court judge Alfred Mabeya, ousting receiver-manager Ramana Rao who had been appointed by the bank to run the sugar miller.

Sarrai had been awarded the lease but was opposed by, among others, its rival in the bidding process West Kenya Limited.

KCB lawyer Kiragu Kimani told Court of Appeal judges Festus Azangalala, Jamila Mohammed and Sankale Ole Kantai that it is illegal to have an administrator run the assets of secured creditors.

He argued that Justice Mabeya has created uncertainty on whether Mumias ought to be under receivership or administration.

Chepkwony lifted the orders issued by Mabeya after Sarrai went back to court claiming it was condemned unheard.

"Pending the hearing and determination of this application interparty, a stay of execution and enforcement of the order set out on paragraph 150 (h) of the ruling made on April 14, 2022, revoking, cancelling, and nullifying the lease issued to the applicant (Sarrai) and directing the applicant to vacate the premises of Mumias be and is hereby granted," ruled Chepkwony.

Yesterday, KCB, Sarrai, and Gikwamba asserted that the Court of Appeal should intervene even with the lower court’s orders.

However, West Kenya lawyer Paul Muite accused the trio of abusing the court process. According to him, it would be in vain for the second-highest court in the land to issue orders while others still exist.

He argued that Rao was kicked out by the court over mismanagement. He was of the view that the administrator would meet the needs of both secured and non-secured creditors.

Court of Appeal suspended Justice Mabeya's orders pending rulings on the applications filed by Gikwamba and KCB on September 3 and 24.