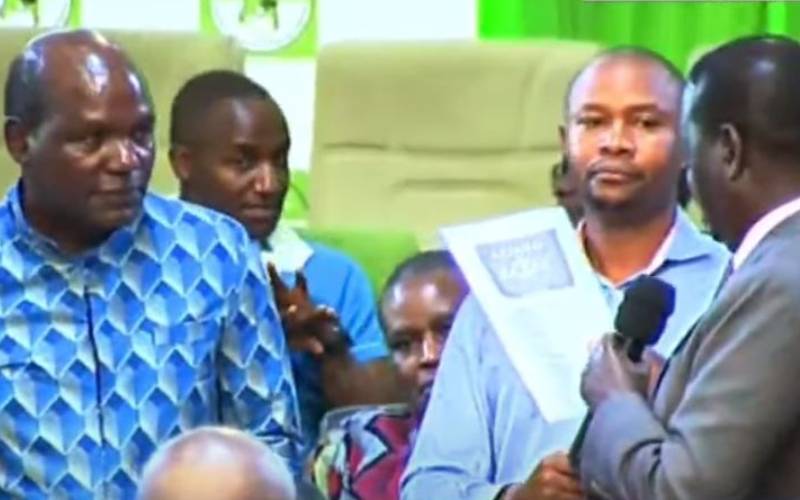 Azimio la Umoja presidential candidate Raila Odinga has raised 10 issues with the Independent Electoral and Boundaries Commission (IEBC) that he wants addressed before the August polls.

Speaking at the Bomas of Kenya after he was cleared to contest for the August 9 presidential election with his running mate Martha Karua by IEBC Chairman Wafula Chebukati, Odinga said the commission needs to, among others, engage with stakeholders on election preparedness, status of the voter register audit, data integrity and accountability of electoral processes, as well as the technologies that will be in use.

Odinga said he is committed to the polls and called on IEBC to live to its constitutional mandate to ensure that the general election is free and fair.

“We would like to urge you to live by the script and do exactly what the people of Kenya expect of you. We promise you that we are going to conduct ourselves as candidates, and also members of our movement, in a manner that conforms with the requirements of electoral laws and the constitution. We would like to see a free and fair electoral process,” said Odinga.

Responding to the queries, Chebukati, who is also the national returning officer for the presidential election, said the commission has answers to all the issues raised by Odinga and will tackle each at a later date after the completion of the candidates’ verification exercise.

Chebukati said the electoral agency will hold a stakeholders meeting with all presidential aspirants, who he urged to attend in person, so they can iron out the issues.

“This is not the time to go through this because we have other candidates to clear but we shall look for an opportunity to call all candidates for a meeting where we can ventilate some of this issues. I hope you (Raila) shall attend in person where I, as the returning officer, can iron out these issues and answer all the questions in this memo in writing,” said Chebukati.

The issues Odinga wants IEBC to respond to are:

Electronic identification of voters and transmission of results.

Audit of the register of voters.

Amendment of the Elections General Regulations (2012)

The commission has submitted a proposal to amend the elections regulations to give itself exclusive mandate to appoint elections officials, including constituency, county and presiding returning officers, as well as their deputies without sharing their details to political parties and independent candidates as presently required by regulations 3, 4 and 5 of the Elections General Regulations (2012).

What measures have the commission put in place to ensure there are no lapses, both logistical and security in the general election?

What measures or steps has the commission taken to address the systemic inadequacies identified by the Supreme Court in 2017?

What is the status of compliance with statutory timelines set out in the revised elections operations plan released by the commission on January 17, 2022?