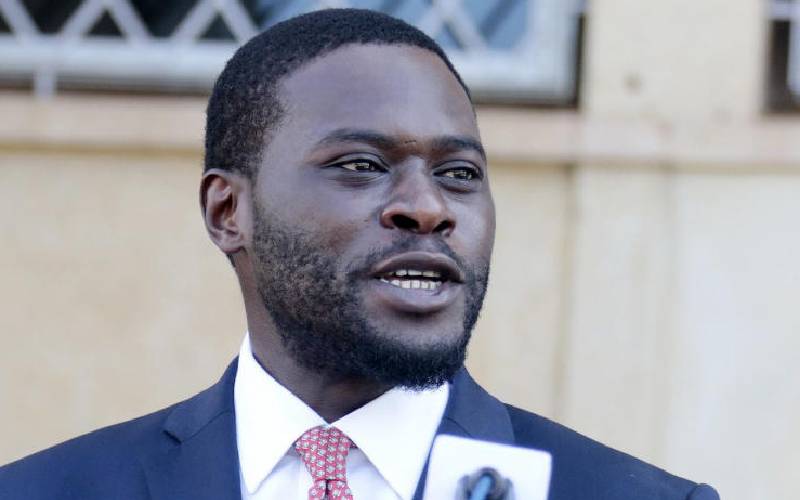 Nairobi Senator and governor aspirant Johnson Sakaja has said there is a need to address the land tenure system in the city’s informal settlements.

Mr Sakaja noted that there are about 200 informal settlements in Nairobi covering an area of approximately 3000 acres and hosting a population of more than a 1.5million people or approximately 60 per cent of the city dwellers.

Speaking during an interview at Mbaitu FM, he said the issue of land ownership, access, and rights had been ignored for long and needs proper attention.

“We must address the issue of community land rights and land tenure for people in informal settlements and address absentee landlords,” Mr Sakaja said.

The senator explained that there are seven main categories of land tenure in the informal settlements of Nairobi including freehold land (2.6 per cent), uncommitted state land (31.8 per cent), land planned for public utility (6.2 per cent), private land (7.3 per cent) regularised land (42.6 per cent), city council land (3.1 per cent), and group land (6.4 per cent). 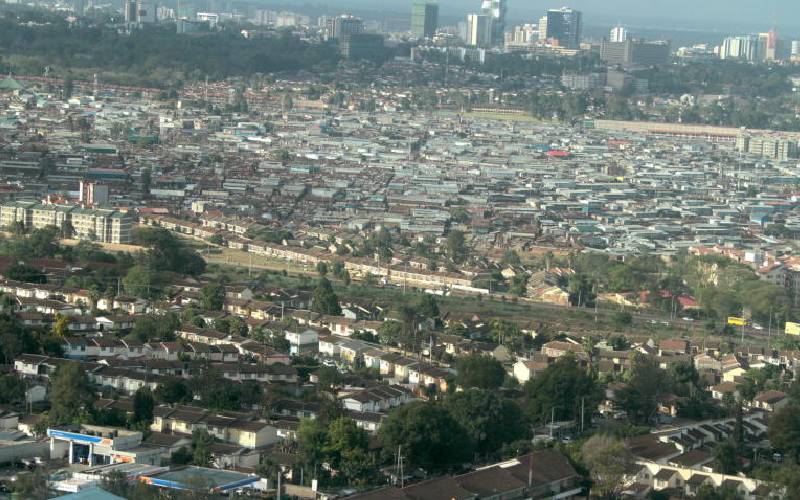 An aerial view of a section of Nairobi. [Davdi Njaaga, Standard]

He noted that settlements occupying uncommitted government land including Mathare, Kibera, and Korogocho are the most affected with more than 90 per cent of the population living in informal settlements.

“The rights of a large number of settlers in these settlements must be addressed and manage the issue of absentee landlords. We need strategies for a pro-poor land management system,” he said.

He said children from poor homes will realise the most value from his proposed free school feeding programme that will provide lunch in all 209 public primary schools.

Mr Sakaja said if elected governor his administration will partner with an NGO, Food4Education which has successfully piloted the school feeding programme in a number of schools.

“Children struggle to put content in their heads when their stomachs are empty. Many children lose a third of their learning day when they leave for home at lunchtime,” he said.

The senator urged Nairobi residents to shun tribalism and vote for leaders based on their track record and character, not their ethnicity.