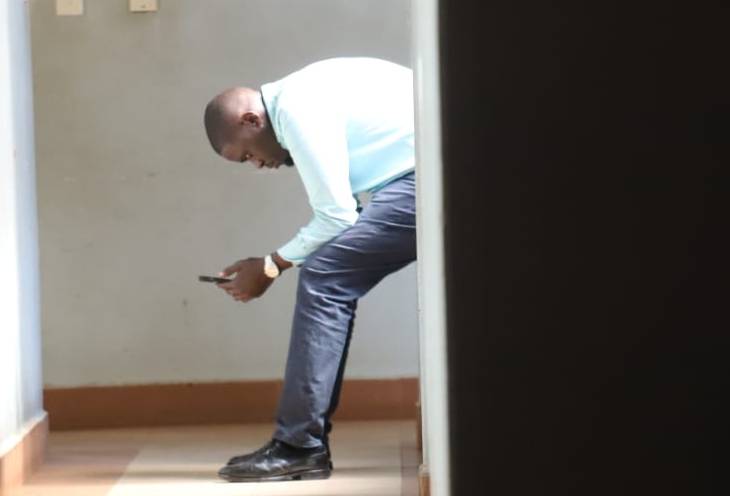 The complaints are challenging his clearance to run for office on grounds that his academic papers presented for clearance are fake, days after he was cleared by the electoral commission.

He appeared at the Milimani Law Courts alongside his running mate James Muchiri, a former banker.

However, Sakaja did not get into the courtroom (only his running mate did) and instead stayed in the corridors glued to his phone.

The four cases against him were mentioned and consolidated and a hearing was set for Wednesday, June 15. 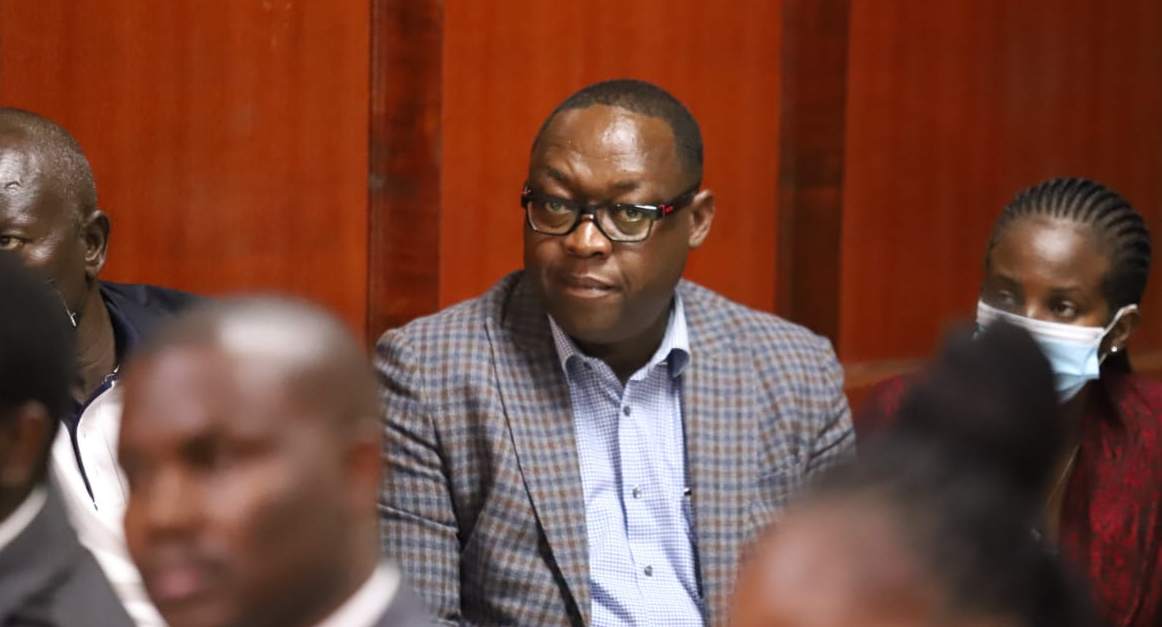 He is required to give a response to the allegations of fraud tabled against him.

A petitioner, Dennis Gakuu Wahome, wants the senator kicked out for failing to “meet the constitutional and statutory requirements to have a degree.”

In an affidavit supporting his case, Wahome said the senator, while filling the nomination Jubilee form in 2017, wrote that he graduated from the University of Nairobi.

“The respondent has demonstrated fraud and forgeries that have the potential to erode the public confidence in and diminish the integrity of qualifications in Uganda and Kenyan degrees both regionally as well as globally,” said Wahome in the petition.

The controversy over Sakaja’s academic qualifications took a new twist after inconsistencies started to emerge, days after he was cleared to run for Nairobi Governor.

The inconsistencies became a central point of conversation, for the better part of Sunday, after the legislator’s past remarks about the institution he attended for his undergraduate course emerged online.

During an interview on Youtube on September 22, 2020, Sakaja said he had never studied outside the country.

“I have never been out of the country for education. I have studied locally,” Sakaja told Nyashinski in the two-part video.

He made the remarks during a sit-down with a veteran musician whose real name is Nyamari Ongegu, popularly known as Nyashinski.

In the interview, the lawmaker revealed that he went to Aga Khan primary school in Nairobi and then transitioned to Lenana School for secondary education before joining the University of Nairobi.

He said he studied Actuarial Science at the University of Nairobi.

On June 13, 2021, Sakaja appeared on another platform for an interview. This time, on the Churchill Show Journey series.

In both interviews, the former rapper stated that he had attended the University of Nairobi, and pursued his undergraduate in Actuarial Science.

However, Sunday Nation reported this morning that The University of Nairobi (UoN), said the senator was still a student and had not completed the course.

Sakaja has on several occasions asserted that he graduated with a degree in actuarial science from the institution.

UoN communications Director John Orindi told The Nation that he was admitted to the university on a module two programme in 2003.

“It is true Sakaja was admitted to the university and was pursuing a Bachelor of Science in Actuarial Science, studied from the first year up to the fourth year, but is yet to graduate,” said Mr Orindi.

On the other hand, the same publication has quoted The Commission for University Education (CUE) saying that the senator presented a degree from a Ugandan university for regularisation.

The commission adds that he intended to use the degree for clearance for the race.

While presenting his papers to the IEBC for clearance, Sakaja said that he was presenting the same papers he presented in the 2017 General Election that saw him become the capital’s representative to the senate.

The IEBC Dispute resolution panel will preside over and determine 262 complaints in ten days.

The process commenced on Saturday, June 11.

The sittings are held at the Milimani Law Courts with three panels; each with two IEBC commissioners.

After the resolution of the cases, IEBC will embark on printing the ballot papers.