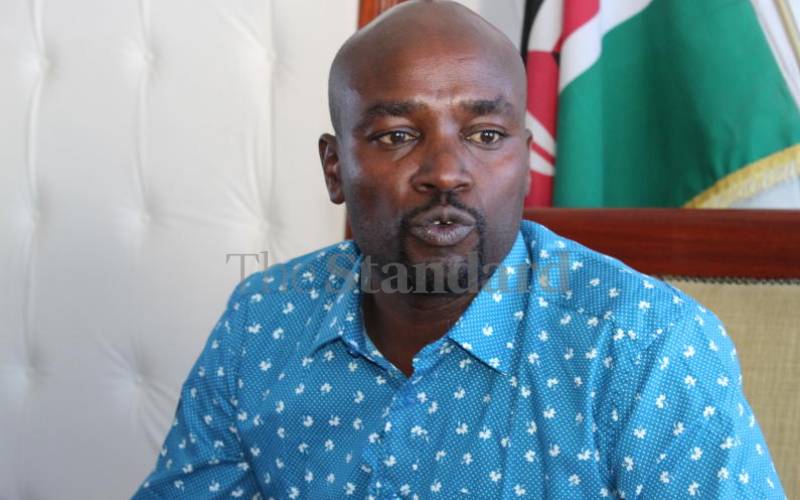 Mr Ruto walked out in protest after he was forced to cut short his speech due to jeers from Barchok’s supporters who waved UDA flags. Attempts by Mr Barchok to calm the crowd were futile as his calls fell on deaf ears. A group of CCM supporters pelted cars belonging to UDA leaders with stones as they drove out of the venue. Bomet East UDA aspirant Richard Yegon’s vehicle was smashed in the melee that saw traffic disrupted along the Narok-Bomet highway.

Mr Yegon reported the matter to the police and demanded an investigation and arrests. "I luckily escaped unhurt. The incident should be dealt with to avert such in future."

At the start of the event, the leaders had agreed to shun political sideshows and focus on giving views on Kenya Kwanza's economic blueprint. Mr Barchok said the event was not a political rally and asked leaders to shelve their differences.

As the event continued, a surging crowd built outside the venue and demanded to be allowed in but they were blocked by police forcing them to start chanting 'Azimio'.

The Kenya Kwanza leaders used the event to drum up support for Deputy President William Ruto, calling for a 100 per cent voter turnout.

Mudavadi said that for a decisive win to be realised, voters must avoid the risk of a petition that may overturn their win. "It is our call to you the people of Bomet to turn out and vote overwhelmingly for William Ruto."

The ANC party boss steered clear of the acrimony, instead of saying that Kenya Kwanza was focused on prioritising programmes that would put money in the pockets of Kenyans. "Our focus is not making Kenyans to laze around as they wait for handouts, but we will empower them to eke out a living for themselves,” he said.

Mr Kuria said the only way to make the Kenya Kwanza promises a reality was by coming out in numbers to vote.