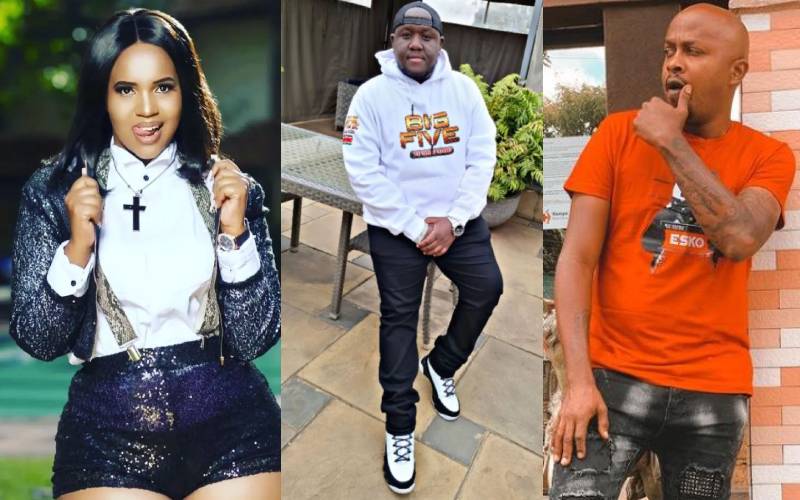 The idea of formations and coalitions is often witnessed in the political world in a bid to strengthen their different aspirations, individuals and parties join hands to emerge stronger and more influential.

Possibly fueled by the need to counter the fast-rising myriad of economic opportunities in the entertainment world, entertainers are constantly merging into business partnerships as opposed to the traditional units or stand-alone brands.

Indeed, with the massive influx of entertainers seeking elective posts. It is fair to say entertainers are heavily borrowing from politics. Employing strategic regional tactics like zoning of showbiz spots in the entertainment map, where an individual or unit with a certain regional muscle and connect merges with another from a different zone to establish a hybrid relationship.

The mergers, just like in politics, in turn, host their inaugural coronation gigs in their stronghold as the pan to the other regions.

The most recent showbiz formation has adopted the name The Big 5, a term coined by hunters of animals that were considered as most difficult to subdue.

But whilst many may think this was a quick to put together outfit, DJ Tibz says the idea came about seven years ago.

“When I mentioned it to the rest, they all loved the idea, but due to unavoidable challenges, we could not execute,” he says.

He further reveals that when all seemed aligned to implement their plan, the pandemic struck.

“The effects hit home hard. Just on the brink of the rise of local showbiz, the pandemic seemed to crush all we had planned.”

The unit, however, clarifies that the aim is not to remain as a deejaying outfit only, rather to bring entertainers and creatives that work together to uplift the future of the industry.

“The Big 5 concept is not just about DJ’s, but we are also pulling the Big 5 comedians, Big 5 dancers and even emcees together. It is a concept incorporating all entertainers with a common goal to support their own. It is for us by us.”

The list of the Big 5 DJ’s has been in the game for a considerable period of time and gained a huge audience, but the unit agreed to gender equity, thus including two female add-ons as well as DJ Malaika and DJ Mellow.

“We also saw the need to inspire females - that they too can rise regardless of the perception our industry is male-dominated.”

The unit has now scheduled its inaugural gig for June 4 at the Rupa Mall grounds in Eldoret. “It will be five super DJ’s, one stage and pure vibes,” says DJ Crème.

The unit will also have additional influencers and personalities to the growing batch.

“We are also working with comedians like Churchill and Eric Omondi, radio presenter Maina Kageni and social influencer Amber Ray.” Artistes have not been left out, and the unit is already in collaboration with them.

“On our platforms, we have been able to work with Nameless, Mejja, Chris Kaiga and Nviiri,” said DJ Tibz.

“For the longest time, DJ’s have been the unsung heroes during big concerts and are normally placed way at the back of the stage. Our aim is to be in the forefront as the main acts of the night.”

After Naivasha, the Big 5 schedule their next visit to the Coast, before partying in Nanyuki on the slopes of Mount Kenya. They will then head to the lake region with the grand climax in Nairobi.