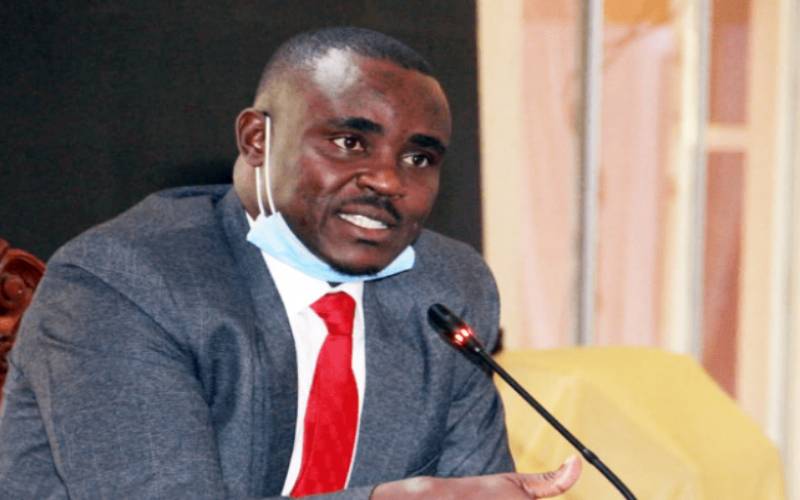 For several days now, debate has been brewing on social media whether Kakamega Senator Cleophas Malala holds a Bachelor’s degree from the USIU-Africa, or not.

It all started when blogger Robert Alai, who is eyeing the Kileleshwa Ward seat on ODM ticket, said he wasn’t sure whether Malala, an Amani National Congress (ANC) aspirant, is a graduate.

The senator, who says he pursued a Bachelor of Science Degree in Information Systems and Technology at USIU, is seeking to succeed Wycliffe Oparanya as the second governor of Kakamega County.

It is a requirement that any person seeking to run for governorship must be a holder of at least a Bachelor’s degree.

In an interview on Bungoma-based Nyota TV, Malala said he pursued his tertiary education at the United States International University, Africa.

“However, I collected my degree certificate from USIU-Africa in 2019. It was printed when I went for it,” he said.

“I graduated sometime in 2011, and my entire clan celebrated the fete with me. It was around that time that I declared my interest in the [Mahiakalo] MCA seat,” he said.

Both “USIU” and “Malala” have been trending on Twitter, with online users unsure about Malala’s educational credentials after doubt was raised.

The degree was allegedly stamped by the USIU-Africa Registrar of Academic Affairs on May 20, 2022.

He also shared a what appears to be a KCSE certificate, showing he got a B (plain) from Friends’ School Kamusinga in the 2003 KCSE exam.

The senator also shared a letter from the Commission for University Education (CUE), which reportedly confirmed that the course that Malala claims to have pursued at the USIU was an accredited course.

The CEO for the commission, Mwenda Ntarangwi, confirmed to The Standard that the May 23 response they gave to Malala came from CUE.

“Kindly be informed that the United States International University-Africa is a duly registered private university in Kenya, having been charted in 2008. The degree in question is therefore duly recognised in Kenya and by the international convention in other countries in the world,” said Prof. Ntarangwi in a letter signed on his behalf by Hudson Nandokha.

Prof. Ntarangwi, however, said their response did not confirm or deny whether Malala studied at USIU-Africa, or not.

“It’s not within our mandate to confirm or deny whether the applicant was a student of USIU-Africa during the period he claims to have been there. Ours was to confirm that indeed the university he claimed to have received his degree from is an accredited university and so is the course,” said Ntarangwi.

The Standard also wrote to the USIU-Africa seeking clarification on whether Senator Malala was a student at the institution. By the time of publishing this story, USIU-Africa hadn’t responded.

Parliament website (www.parliament.go.ke) says Malala received his undergraduate degree from USIU-Africa, and that he is currently pursuing a Master’s degree as the same university.

The parliament website further stated that Malala holds a Diploma in TV and Film Production from the East African School of Media.

A check on the USIU-Africa Digital Repository of all its graduates shows that there was a student by the name Cleophas Wakhungu Malalah, who, in 2011, graduated with a Bachelor of Science Degree in Information Systems and Technology.

He features on Page 26 of the repository titled “USIU 33rd Graduation Class of 2011”.

What, The Standard, is however not sure of, is whether the listed student, Cleophas Wakhungu Malalah, is the current Senator of Kakamega County.

In his letter to the IEBC dated May 24, 2022, the senator, who is seeking clearance to vie as Kakamega Governor in the August 9 polls, said he’d attached copies of his educational credentials, including the said-degree from USIU-Africa.

“These requirements are submitted in request for clearance to contest in the August 2022 gubernatorial elections – Kakamega County,” he said in his letter addressed to the chairperson of the Independent Electoral and Boundaries Commission (IEBC).

The degree shared by Malala was certified as original by Javier Munzala, who is an advocate and commissioner for oaths.

The Standard reached Senator Malala on phone to share the certificate number of his Bachelor’s degree, but he did not pick our phone calls.