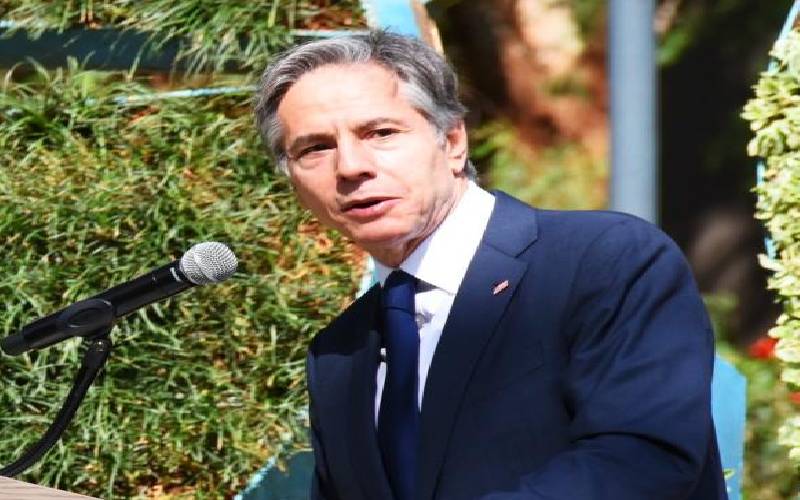 US Secretary of State Antony Blinken at the UNEP offices in Gigiri, Nairobi on November 18, 2021 [David Gichuru, Standard]

The United States government maintains it will support Kenya in ensuring a free and fair General Election on August 9.

On his official Twitter page, US Secretary of State Antony Blinken, welcomed the Independent Electoral and Boundaries Commission (IEBC's) certification of candidates as well as the start of the campaign period in the Country.

"As I said to CS Raychelle Omamo last month, the United States stands with Kenyans in support of free, fair, and peaceful elections," Blinken said.

In November, when Blinken visited the country, he said it was critical for all parties including the government, opposition parties and civil societies, to work together to ensure stable elections that reflect the will of the Kenyan people.