Basseterre, St. Kitts, May 18, 2020 (SKNIS): The Centers for Disease Control and Prevention (CDC) has made a connection between COVID-19 and Multi-System Inflammatory Syndrome in Children (MIS-C). Against this backdrop, Chief Medical Officer (CMO), Dr. Hazel Laws reported on the findings and assured parents that the disease is rare.

According to CMO Laws at the May 18 edition of the National Emergency Operations Center (NEOC) COVID-19 Daily Briefing, the virus left the Western Pacific Region, was imported into Europe, North America and infected clusters of children in the United States of America, in particular, New York City, clusters of children in the United Kingdom and several European cities including Italy, Spain and Switzerland and they are presenting with what is now deemed Paediatric Multi-System Inflammatory Syndrome (PIMS) and it is related to COVID-19. 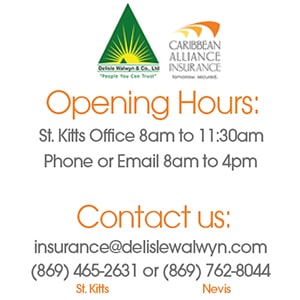 “Now these children have been tested and the molecular tests, some of their test results came back positive, others, their tests results are negative but when they checked them in terms of serology for antibodies they found antibodies in their blood which suggested that they were infected with COVID-19 previously, Dr. Laws reported.

CMO Laws said research showed that PIMS is similar to the Kawasaki disease, a condition that causes inflammation in the walls of some blood vessels in the body and is most common in infants and young children.

“So now this Paediatric Multi-System Inflammatory Syndrome causes symptoms similar to Kawasaki’s disease which is a condition that is characterized by inflammation and swelling in the arteries of the individual, mainly the middle or medium-sized arteries. So what the scientists are saying is that this PIMS causes symptoms similar to Kawasaki’s disease but they concur that is it a little different,” she said. “So it is a separate inflammatory syndrome linked to COVID-19, it is not exactly the same disease but it is similar.”

Dr. Laws assured parents that the motive is just to relay information instead of causing panic.

“Now this new Coronavirus, they are thinking, causes the immune system to hyper-react. It is like an exaggeration of the immune system but it is only impacting a small number of children so it is not meant to scare you, it is just to provide information as to what is happening but please note that only a small proportion of children are impacted by this new syndrome,” the CMO said.

The syndrome is characterized by several symptoms including prolonged fever; redness of the eyes or conjunctivitis; a typical rash; swelling of the hands and feet; headache; cracked and swollen lips and a strawberry-like look of the tongue; vomiting; diarrhoea; abdominal pain, swollen lymph nodes in the neck; abnormally low blood pressure or hypertension and they can progress and go into shock.

Joleon Lescott: Messi and Ronaldo are super freaks! Sterling follows them
Maurizio Sarri: Now is not the time to think about Lyon. Atalanta is very good, it is difficult to play against them
De Bruyne has no intention of leaving Manchester City, even if the club is banned from the Champions League
Zlatan on Rangnick in Milan: I don't even know who it is
Abraham fulfilled the conditions for an automatic extension of his contract with Chelsea until 2023
Barca presidential candidate Font said that Xavi will lead the club if elected: we can't count on Setien in the future
Alli will not play against Arsenal due to injury
Source https://zizonline.com/cmo-reports-on-new-inflammatory-syndrome-in-children-linked-to-covid-19/

Two Customs officers, another man, jailed for nearly 15 years for evasion of duties, importation and possession of gun and drugs

US Pull Visas For Foreign Students If Classes Fully Online