Lao
This article was added by the user . TheWorldNews is not responsible for the content of the platform.

washington - Dedicated on May 30, 1922, the stately Lincoln Memorial in Washington is a beloved symbol of the United States. It honors America's 16th president, Abraham Lincoln, who led the country from 1861 to 1865 and is often considered its greatest president.

Lincoln, who fought to end slavery while preserving the nation, led the country during the tumultuous Civil War between the United States and 11 Southern states that had seceded from the union. 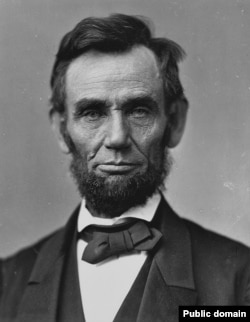 The memorial was also built to heal the painful divisions, more than 50 years later, caused by the war. Those divisions, including racism, remain today.

'White Southerners saw him as a despot,' said Kate Masur, a historian at Northwestern University.

'Over time, particularly in the late 1880s and later, Lincoln's reputation among white Southerners began to improve. So the opening of the Lincoln Memorial stands for reconciliation between white Northerners and white Southerners but excluded African Americans,' she told VOA.

Each year, the Lincoln Memorial draws in millions of visitors who marvel at its grandeur.

The outside resembles the Parthenon, the famous ancient Greek temple. Inside sits an 6-meter-high marble statue of Lincoln.

'The memorial is so beautiful,' said Hannah Wagner, a college student from Pennsylvania. 'Abraham Lincoln was an amazing president, and I respect all that he did to help the country.'

'There are words engraved on the walls from his iconic speeches, including the Gettysburg Address, which he delivered at the site of the biggest battle of the Civil War,' explained renowned Lincoln scholar Harold Holzer, director of the Roosevelt House Public Policy Institute at Hunter College.

'There are also words from his second inaugural address in which he describes the national guilt over slavery as the reason for the war' and tells people not to act with malice but with charity toward one another, Holzer told VOA.

Located on the National Mall in Washington, the Lincoln Memorial was dedicated on May 30, 1922. Its exterior was designed to resemble the Parthenon in Greece.

Because Lincoln had very little formal education, 'his literary ability came as a huge surprise, and he delivered the most beautiful speeches,' said Ted Widmer, a professor at Macaulay Honors College at the City University of New York.

'Lincoln had a great ability to connect to the American people,' Widmer told VOA.

'There is a hushed tone, a reverence, inside the memorial, as people gaze on the statue or read the speeches,' said Mike Litterst, spokesman for National Mall and Memorial Parks in Washington. 'I think it speaks to the power and importance that Lincoln still has all these years later.'

Each year, 8 million people visit the Lincoln Memorial in Washington.

'To me, President Lincoln was a hero because he helped free so many Black people,' he said.

'Although Lincoln opened the door to the eventual elimination of slavery in this country, African Americans were very much involved in their own liberation as well,' historian Edna Greene Medford, author of the book 'Lincoln and Emancipation,' said during an interview with VOA.

Ironically, even though Lincoln was known as the 'Great Emancipator,' the memorial's dedication ceremony in 1922 was segregated.

'The Black attendees were removed from the front row and taken to a segregated section in the back,' Holzer said, adding that the only Black speaker that day, Tuskegee Institute President Robert Russa Moton, had his remarks censored.

From that day forward, the Lincoln Memorial has served as a backdrop for civil rights and other protests.

In 1939, famed singer Marian Anderson was granted permission to perform there after being denied the right at a nearby venue because she was Black. Her concert drew 75,000 people.

Then, during the August 1963 March on Washington, Martin Luther King Jr. delivered his famous 'I Have a Dream' speech at the Lincoln Memorial. Just over 100 years earlier, on January 1, 1863, Lincoln had issued the Emancipation Proclamation, which declared 'all persons held as slaves' within the rebellious states 'are, and henceforward shall be free.'

In 1963, Martin Luther King Jr. gave his landmark "I Have a Dream Speech" at the Lincoln Memorial during the March for Jobs and Freedom.

Today, other protests have included Vietnam War veterans, Americans with disabilities, and people who identify as LBGTQ.

James Haggerty and Conrad Mitchell got married at the Lincoln Memorial after same-sex marriage had been legalized in Washington in 2009.

'After waiting years before we could get married, we thought this would be the perfect place to show how important this was to us,' Haggerty said. 'It was a really special day,' Michell added.

The Lincoln Memorial and reflecting pool at sunset.

Asia Album: Get a taste of traditional Pia cake in Vietnam

Apple to shift iPad production from China to Vietnam

US, China spar over Taiwan issue at Shangri-La Dialogue

Vietnam's illegal fishing could earn it an EU ban

Everyone wants to be at World Cup, Asian Cup first step towards dream: Sandesh Jhingan

Blue Tigers urge fans to come together for India at VYBK

Rajnath Singh to embark on 3-day visit to Vietnam

Commune elections kick off in Cambodia

Fish jumps into man's mouth, wiggling down his windpipe