Lao
This article was added by the user . TheWorldNews is not responsible for the content of the platform. 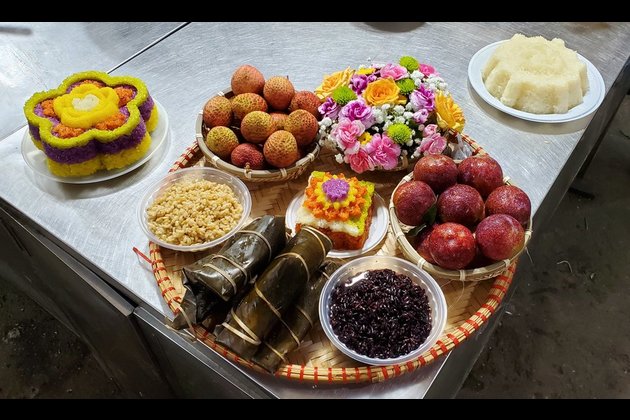 During the "Doan Ngo" Festival, also known as Double Fifth or Dragon Boat Festival, Vietnamese families buy a lot of things, such as chickens, fresh summer fruits and flowers, fermented sticky rice, and different kinds of cakes although many of them tighten the purse strings amid goods price hike this year.

The fermented sticky rice the middle-aged woman was eating is the most typical dish of "Doan Ngo" (Duanwu in Chinese) Festival, also known as Double Fifth or Dragon Boat Festival, which falls on the fifth day of the fifth lunar month in Vietnam. It is similar to the Chinese dish Jiuniang, a mixture of partially digested rice grains floating in a sweet saccharified liquid, with small amounts of alcohol and lactic acid. 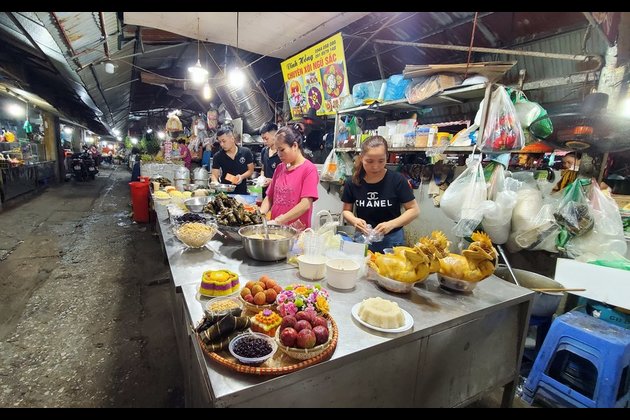 Oanh, born in the northern province of Hai Duong, has rented a room on Le Thanh Nghi Street, Hanoi for 13 years for her kidney treatment in the capital city. "For a person as poor as a church mouse like me, fermented sticky rice is a luxurious item. But today is Duanwu Festival, so I cannot help eating it," she told Xinhua on Friday.

"Petrol retail prices have increased many times over the past few weeks, leading to price hikes in many essential goods and services, including gas, cooking oil, vegetables and meat. The price of a bunch of vegetables has now doubled to 10,000 Vietnamese dongs (0.4 U.S. dollars), and that of a bottle of cooking oil has surged one-fifth to nearly 60,000 Vietnamese dongs (2.6 U.S. dollars)," she said.

According to experts at Vietnam's National Economics University, the country's economy will grow by 6 to 6.5 percent this year, but it will be difficult to keep inflation to the targeted 4 percent. Due to the domino effect stemming from recent petrol price hikes, prices of foods and transport fees are on the rise. 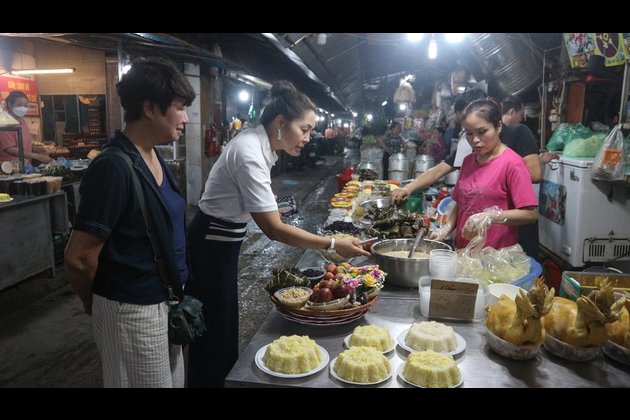 Luckily, the price of fermented sticky rice at the Duanwu Festival has remained unchanged.

"This morning, I spent 55,000 Vietnamese dongs (2.4 U.S. dollars) buying 1 kg of fermented sticky rice for the whole family to eat. The price is similar to that last Duanwu Festival," Nguyen Hong Thai, a makeup specialist in Hanoi, told Xinhua.

During the festival, Vietnamese families buy a lot of things, such as chickens, fresh summer fruits and flowers, fermented sticky rice, and different kinds of cakes. But this year, due to the negative impacts of the prolonged COVID-19 pandemic and recent increases in retail prices of petrol and oil, and fear of a potential higher inflation rate and unemployment rate, many families tighten the purse strings.

"Amid COVID-19 outbreaks and goods price hikes, many women have cut spending on beauty products and services, so I have just had to close my beauty salon. I also cut spending during Duanwu Festival this year, not buying chickens and flowers, but fermented sticky rice is an indispensable dish for the traditional event," Thai said. 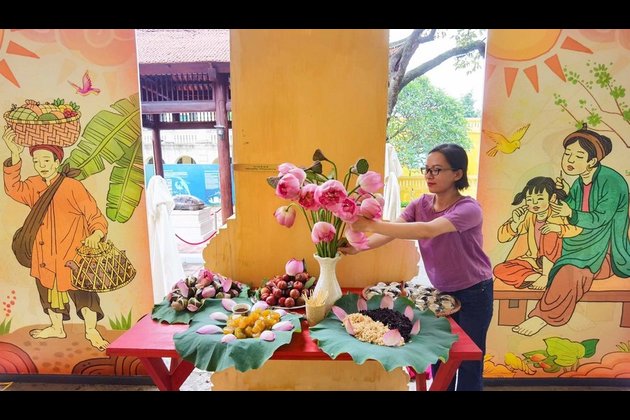 Duanwu Festival, believed to be derived from China, is widely known in Vietnam as the festival to kill inner insects.

According to folk beliefs, the positive spiritual force during the festival is the strongest of the year, so people make offerings to pray for peace and health by killing harmful insects in crops and human bodies, said scholar Tran Long from Vietnam National University Ho Chi Minh City. So Vietnamese people often call Duanwu Festival "insect-killing" festival.

Another Vietnamese culture researcher Trinh Sinh said local people in the old days strongly believed that the fifth lunar month is a time of transition from spring to summer when insects and diseases develop vigorously.

During this period, people organize outdoor insect-killing activities and eat certain kinds of food to kill worms in their bodies. This traditional custom has been practiced for ages, first among peasants, then in other social classes, Sinh said.

Nowadays, thanks to advanced farming techniques and the introduction of strong pesticides and evidence-based medicines, people no longer need to catch insects or kill worms. However, they have maintained their age-old custom of eating fermented sticky rice, while hoping for good health and crop harvests.

Asia Album: Get a taste of traditional Pia cake in Vietnam

Apple to shift iPad production from China to Vietnam

US, China spar over Taiwan issue at Shangri-La Dialogue

Vietnam's illegal fishing could earn it an EU ban

Everyone wants to be at World Cup, Asian Cup first step towards dream: Sandesh Jhingan

Blue Tigers urge fans to come together for India at VYBK

Rajnath Singh to embark on 3-day visit to Vietnam

Commune elections kick off in Cambodia

Fish jumps into man's mouth, wiggling down his windpipe