Prime Minister: “Joyce Auguste’s Voice, her Music and her Legacy Live On . . .”

It is with great sadness that the Nation received the news of the passing of local music icon Denise Joyce Auguste. Ms Auguste’s contribution to chorale and folk music has been immeasurable and she was instrumental in the recording and preservation of indigenous music. 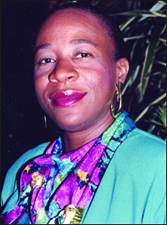 Denise Joyce Auguste was known as the pioneer of the Festival of Carols, among many other achievements.

“Our deepest condolences go out as a nation, as we note that her voice, her music and her overall legacy live on,” said Prime Minister Allen Chastanet. “There are very few who could say their lives were not touched by her contribution through musical education. Up until the very end she was active in the church, a prayer warrior and active in music development. She was always willing to go the extra mile and persevered always for excellence. She will be remembered fondly and was loved by so many. She was a cherished and valued friend of the family and was always passionate about sharing her advice on how we could incorporate music into schools.

“Thankfully, we got to the opportunity to honour and recognise her over the years and in 2017 she received an O.B.E. in the Queen’s Birthday Honours. That we were able to honour her in this way is significant and as a nation we know that Joyce Auguste is embedded forever in the rhythm and music of our country. Our prayers go out to her family and friends and all who knew and loved her. May she rest in peace.”

Joyce Auguste was 76 years old.  She earned her Licentiate in Musical Education in 1967 and became the first music specialist in the then Ministry of Education and Culture. In that capacity she conducted extensive music education in the island’s schools, developed special broadcasts and organised music workshops. In the 1970s and 1980s she led the popular folk band Hewanorra Voices which were instrumental in the resurgence of folk music.  Ms Auguste has written extensively about music and had several compilations including the well-known Saint Lucia Songs – A Collection of Contemporary and Folk Songs (1984) and Oral and Folk Traditions of Saint Lucia (1986). 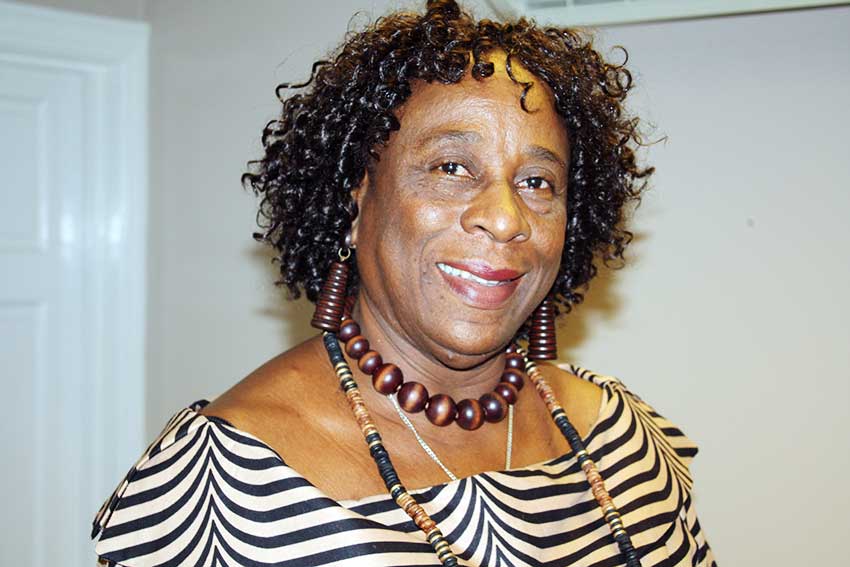 Ms Auguste’s talents went way beyond singing and she was also well known for her sporting prowess in the Netball arena. In 1969 she received the award for Sports Woman of the Year and represented Saint Lucia regionally and internationally in the sporting discipline. In April 2000 she was named in an OAS list of Outstanding Women of the Twentieth Century and was inducted into the Hall of Fame for both Sports and Music.

In between music and sports, Joyce Auguste also served as a Justice of the Peace and Coordinator of various national activities including the School Rally for the historic visit of South African President Nelson Mandela and the Cultural Programme during the Papal Visit to Saint Lucia in 1986.  In 1978 she received the singular honour of having her photograph on the ten cent stamp of Saint Lucia. She is noted as the Pioneer of the Festival of Carols and in 1988 became a Member of the Most Excellent Order of the British Empire. In 2017, she was awarded Most Excellent Order of the British Empire (O.B.E.).

Denise Joyce Auguste’s achievements will continue to inspire many in sports and music throughout Saint Lucia.

Mourinho on transfers: I Would like Tottenham to be reasonable and not spend a lot of money
Mario will leave the Team after 30 June. The club was unable to extend the lease until the end of the season
PSG offered 55 million euros plus bonuses for Icardi. Inter wants 60 million without bonuses
Agent van Bergen: Zenit have not contacted me
Fans of Pilsen hung out in the car theater: watched the guest match, celebrated the restart and the victory
Players and coaches of the club from California call the fans every day: congratulations, advice and just chat. Very heartfelt!
Lampard will discuss the player's return to training with Kante, but the club will not press the Frenchman
Source https://www.thevoiceslu.com/2020/05/saint-lucia-mourns-passing-of-folk-music-pioneer-denise-joyce-auguste/

Pierre confident ahead of general election: The people will make us win!

Cannabis Commission’s report to be presented to Cabinet on Monday

Mayor Peterson Francis appeals to public: Do not buy produce placed on the ground!

House Speaker chides MPs: If we do not want to be here, we could just all walk out

PM Chastanet asks: How much longer must police and justice officials wait for the home they rightly deserve?

Nurses Benefit from Make It Happen Foundation’s Tea and Testimony

Healing our Relationships With our Parents

The U.S. and Cuba: Caribbean chooses cooperation, not confrontation

Professor Densil A. Williams is the new Pro Vice-Chancellor and Campus Principal at The UWI Five Islands

Man shall not live by bread alone

Arnold Joseph was fatally shot by police one year ago

Wayne’s Whirl: Unhappy Is The Land Without Heroes!

The First Time the Holy Spirit Took Joyce Auguste by the Hand!

Cultural Activist and Educator, Icon Joyce Auguste has Passed Away

“Organic mango sales have been almost doubling year over year”

When the Cruise Ships Stop Coming

We must be more afraid of corruption than coronavirus-Rev. Seth Ampadu

Ministry of Infrastructure clears the air: The clearing of sand from the mouth of the Anse La Raye River “normal and legal”

Statement with regard to Chris Gayle

Business owners not required to seek approval to recommence operations

“Violence is not the answer!” MP Shawn Edward calls for an end to lawlessness in Dennery

OECS Commission Facilitates Travel and Employment in Canada for 180 Nationals

Saint Lucia Among Beneficiaries of US Embassy Funding for PPEs

Message From Director Of Human Services Concerning the Baby who was Found Abandoned At Morne-Du Don, Castries