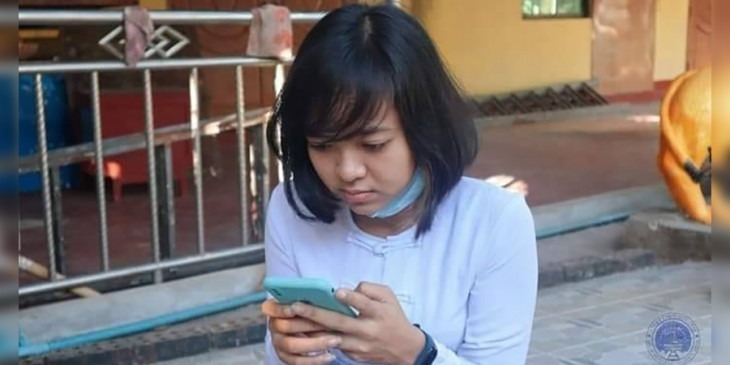 Jailed Dagon University Student Union leader, Wutyi Aung, is not receiving adequate medical treatment at Insein Prison, friends of her family state. She suffers from transient ischemic attacks, otherwise known as ministrokes. “The condition of her illness has worsened. This is a serious concern. In these circumstances, we know that her relatives are wanting her to receive effective medical treatment outside the prison,” a person close to Wutyi Aung’s family told DVB. Her family believes that Wutyi Aung is suffering from a brain injury from the torture she received during interrogations.

Wutyi Aung was sentenced to three years in prison under Section 505(a) of the Penal Code. She still faces charges under Section 52(a) of the Counter-Terrorism Act. Prison staff have so far denied her family’s requests for access to proper medical treatment outside the prison. Dagon University Student Union issued a statement on Nov. 14 claiming that prison authorities intentionally refused to provide proper medical treatment in order to suppress students, youths and revolutionary forces.

It has been reported that Wutyi Aung has been transferred between prisons. But she is now at Insein Prison. Authorities have frequently moved inmates between prisons as a means to isolate them from their loved ones. “Prison hospitals cannot provide [proper] treatment… Her family has constantly requested for her to receive outside medical treatment. Until now, she has not yet received external medical care,” said Min Han Htet, president of the Dagon University student union. According to the Assistance Association for Political Prisoners (AAPP), at least 16,179 people have been arrested since the military coup and 12,964 remain in custody across the country.