Jiang Zemin and Than Shwe with their wives in Myanmar in 2001.

Jiang was named president in 1993 while Beijing was shunned by western countries over its brutal crackdown on pro-democracy protests in Tiananmen Square in 1989.

At the time Than Shwe was consolidating his control in Myanmar through his State Law and Order Restoration Council with China’s military and economic assistance. 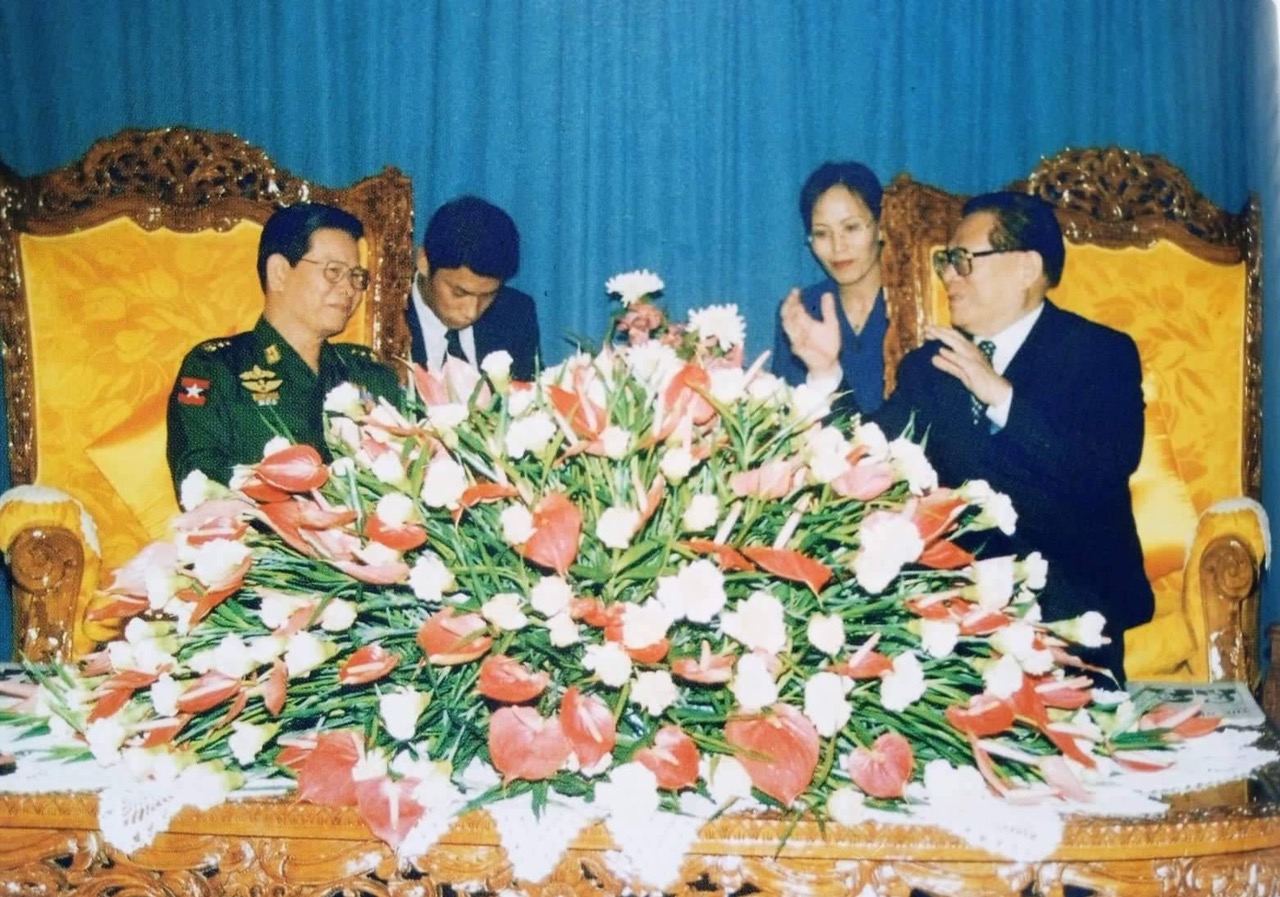 General Khin Nyunt and Jiang Zemin in Myanmar in 2001.

In 1996 Jiang invited Than Shwe to China and they signed agreements on trade, technology transfers and development loans. He called Than Shwe “Pauk-Phaw”, a Burmese term for brother.

Than Shwe’s regime was suffering from western sanctions and Jiang promised to shield the country from demands for human rights and democracy.

Jiang had made similar promises in 1991 as Communist Party general secretary to Than Shwe’s predecessor Senior General Saw Maung during a Chinese visit. 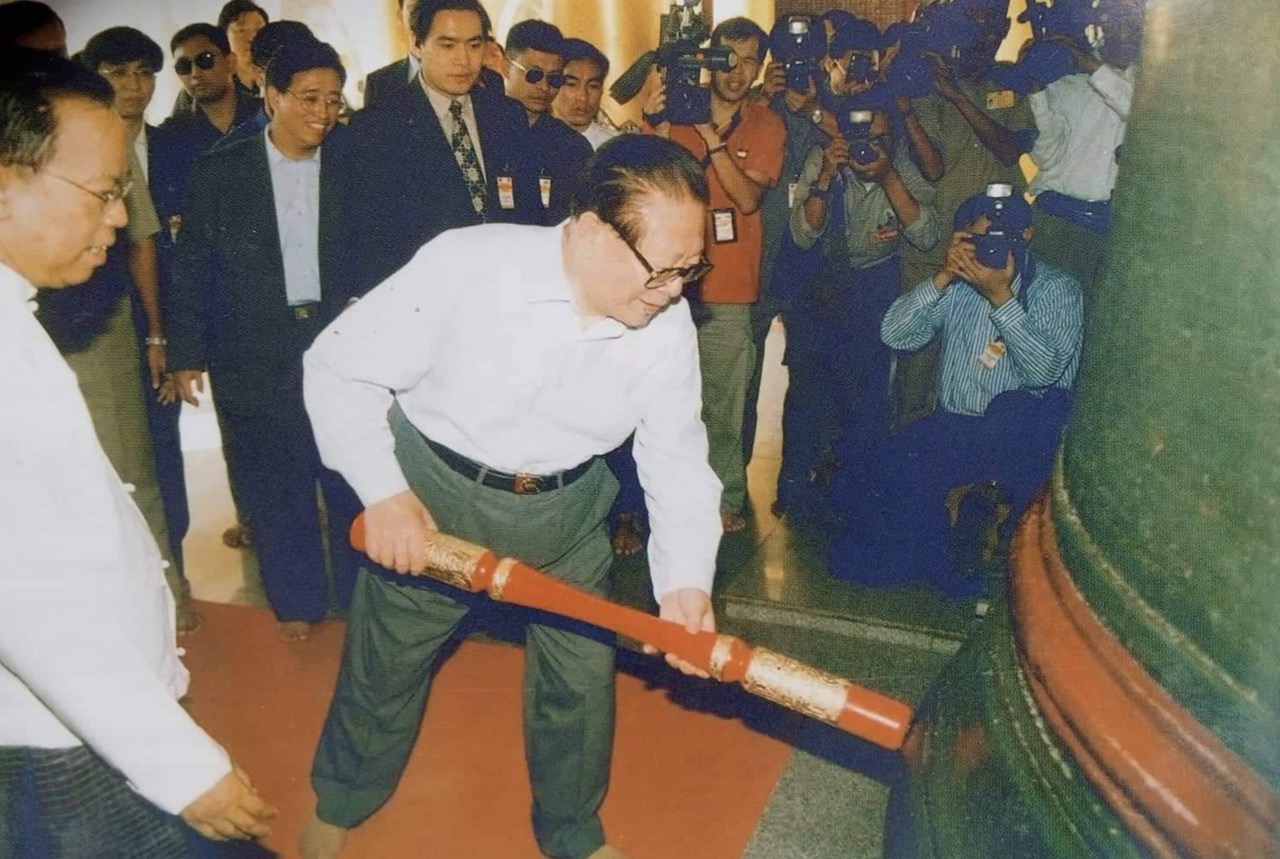 Several agreements were signed to boost border cooperation and investment. 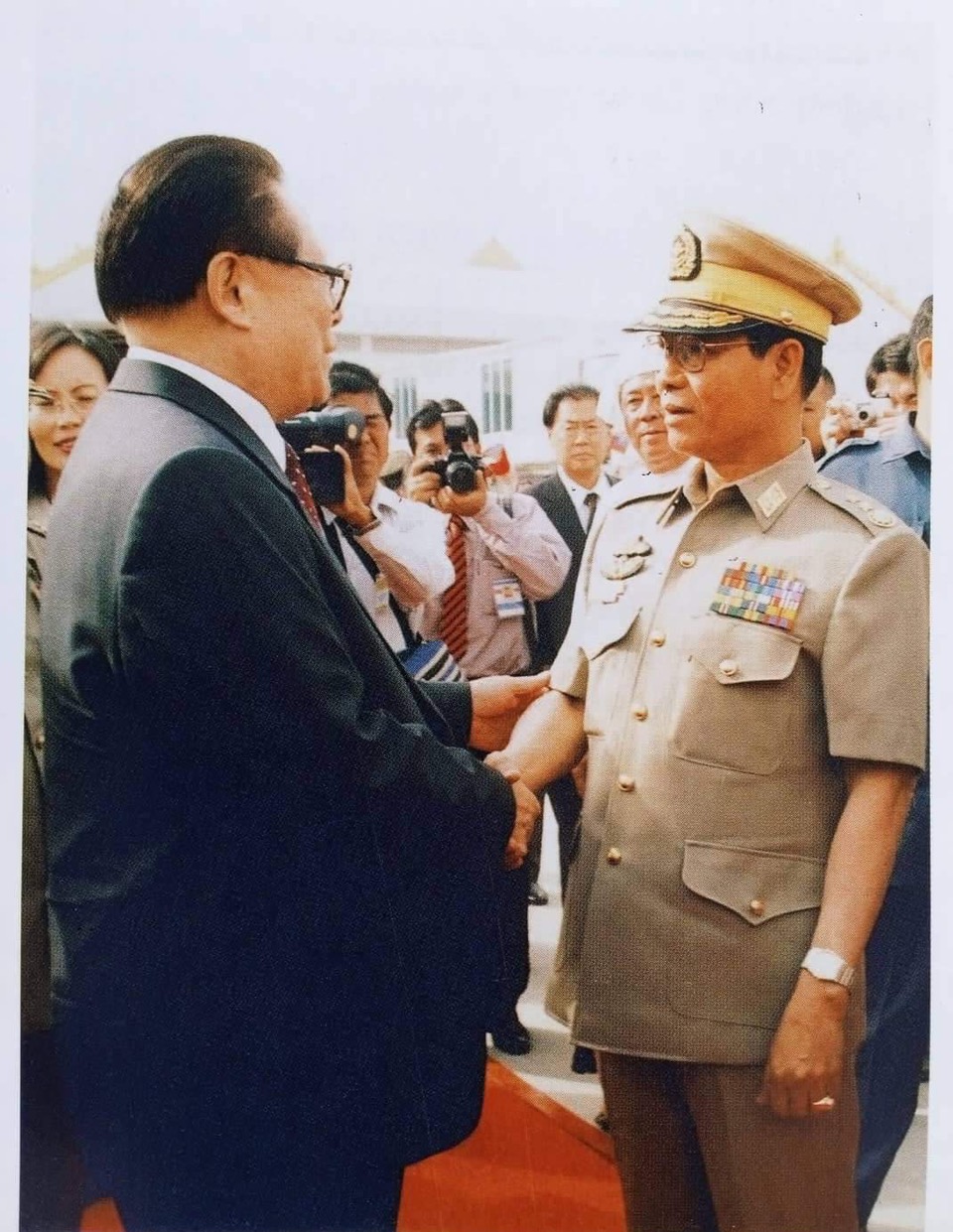 In January 2003 Than Shwe and his wife Daw Kyaing Kyaing spent six days in China, two months before Jiang’s retirement.

The neighbors have since maintained close ties with regular bilateral visits. 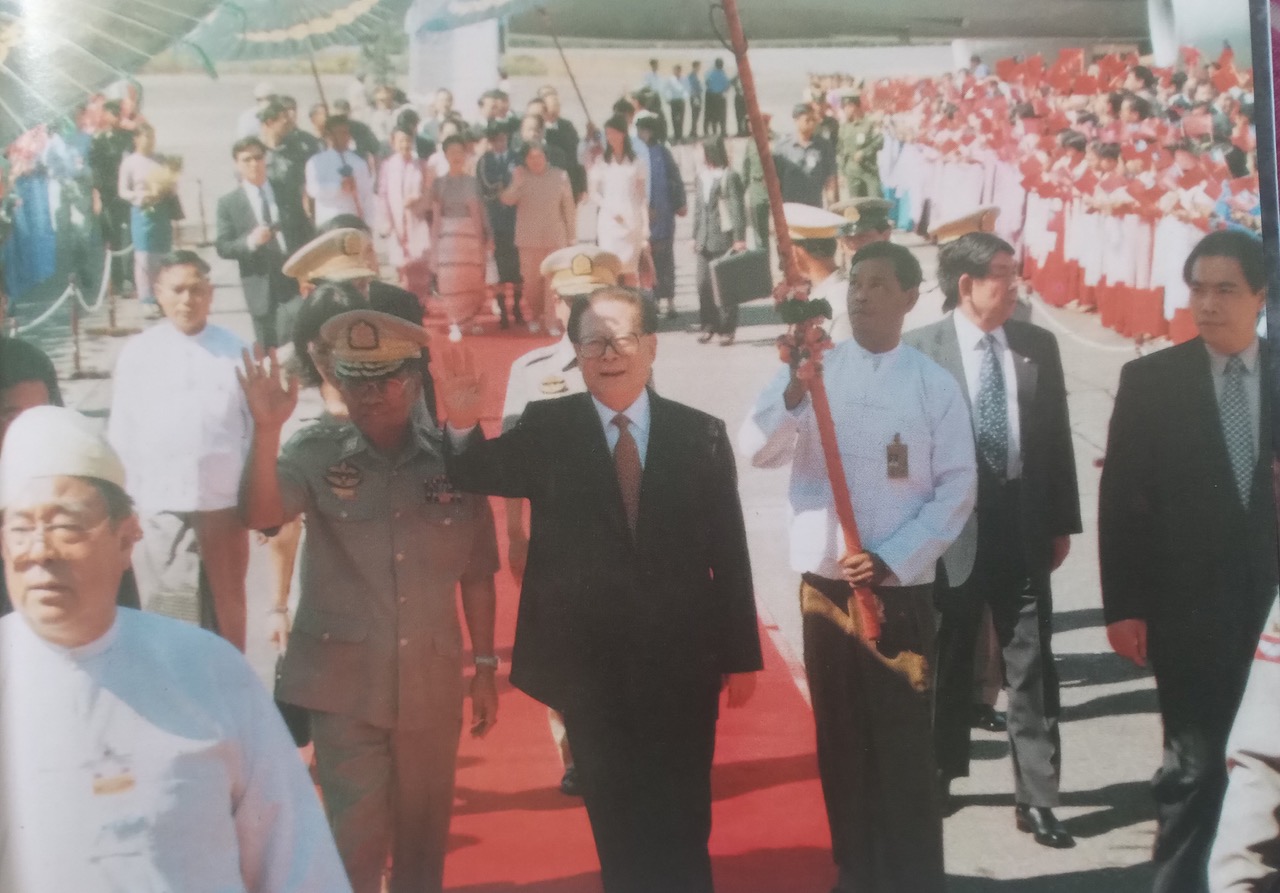 Jiang Zemin and Than Shwe in Myanmar in 2001.

Beijing remains supportive of the current regime in many ways but junta chief Min Aung Hlaing has not been invited to visit China. He was not even visited by foreign minister Wang Yi when he attended the Lancang-Mekong Cooperation meeting in Bagan in July. 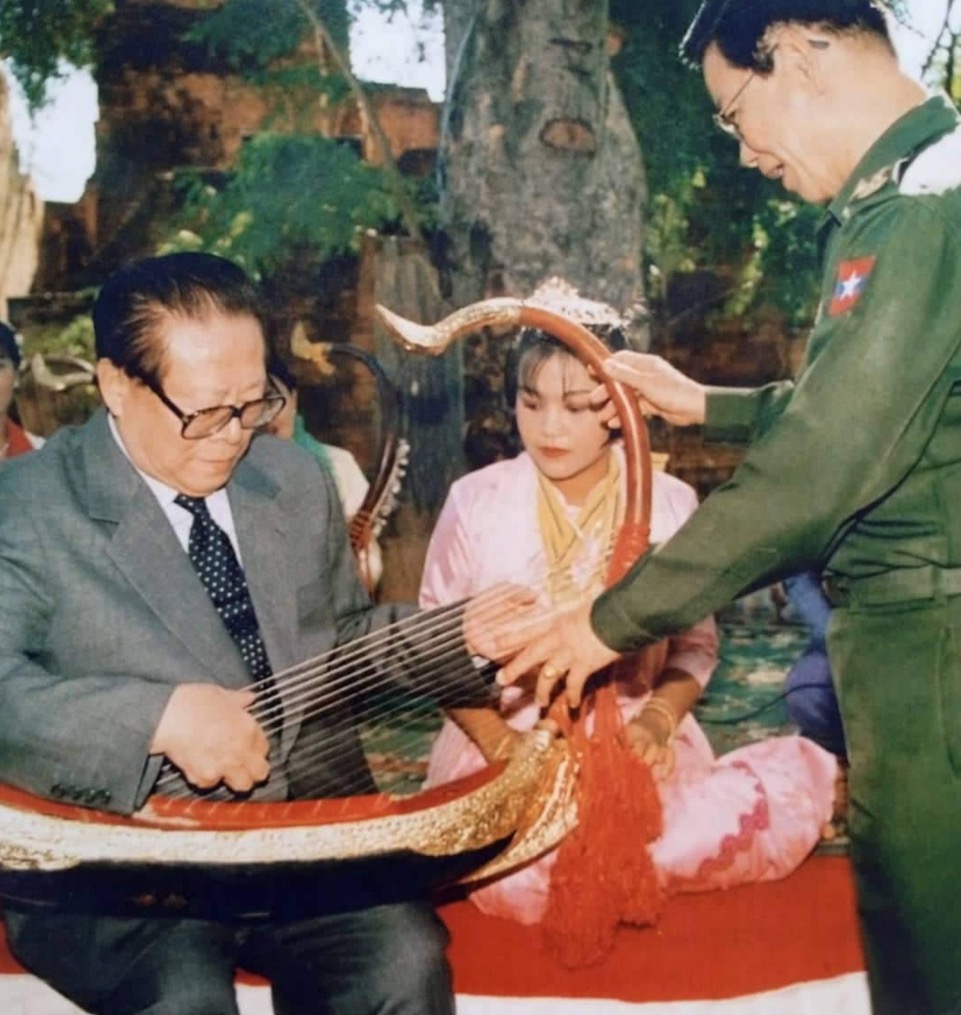 Jiang Zemin tries to play a traditional harp in Myanmar in 2001.

Over two years with no train service to Upper Burma

On the Water With Myanmar’s ‘River Cleaners’

ASEAN and Myanmar: the Next Moves