The remains of a house after junta troops burned down Lay Thar village in Tigyiang Township on Thursday. / Tigyaing Revolution

At least 44 regime forces were killed in the last two days as People’s Defense Force groups (PDFs) escalated their attacks on regime targets across the country.

Incidents were reported in Sagaing, Mandalay and Magwe regions.

The Irrawaddy has rounded up the following reports of significant attacks from PDFs.

At least 32 regime forces were killed in a series of four clashes in Shwebo Township, Sagaing Region on Thursday when eight PDF groups attacked a military detachment of 130 regime forces raiding villages, claimed the Fire Dragon PDF group, which joined the attacks..

The clash started near Kyat Yoe Taw Village at 7:30 a.m. when the groups attacked the regime forces. During the clash, 10 regime forces were killed.

Ten more soldiers were killed at 8:30 a.m. on that morning as the fighting continued near Kyee Kan Village.

The PDF group claimed to have killed another five junta soldiers in further fighting near the village at 10 a.m.

Moreover, seven regime forces were killed as a clash between the military detachment and the combined resistance force broke out near a school at Nyaung Pin Thar Village nearby.

In the clash, three PDF fighters were injured by junta explosives. After sustaining heavy losses, the regime forces torched houses in three villages and retreated to their base, the Fire Dragon group said.

Heavy clashes break out in Sagaing

The PDF groups have been attacking a military detachment of over 100 troops that has been raiding and burning villages in the township since Nov. 26.

The regime forces have burned down five villages in the township since Nov. 25.

After being shelled, the regime forces also indiscriminately responded with firearms. Military casualties resulting from the shelling are not yet known.

All PDF fighters escaped from the area without casualties, the PDF group said.

Ten junta soldiers killed by PDF mine ambushes in Mandalay

At 12:30 p.m. on Wednesday afternoon, at least two regime forces were killed and 25 others injured in the township when the PDF groups used two land mines to ambush a military convoy of five vehicles on a bridge.

Many regime forces are believed to have been killed and injured in Pauk Township, Magwe Region on Wednesday and Thursday when combined local resistance forces ambushed regime forces trying to repair a power line supplying electricity to the military’s weapons production factories in the township, Myaing-PDF group, which was involved in the ambush, told local media outlets.

The two factories in Pauk and nearby Kyaw town stopped their production on Nov. 26 as the combined PDF groups used mines to blow up their power lines.

At 5 a.m. on Thursday, a clash broke out with the PDF groups after 50 regime forces were ambushed with land mines near the exploded power lines.

PDF groups saw the bodies of four soldiers being taken away in military vehicles after the ambush, a representative of Myaing-PDF said.

A PDF video shows PDF fighters engaging in a clash with regime forces. 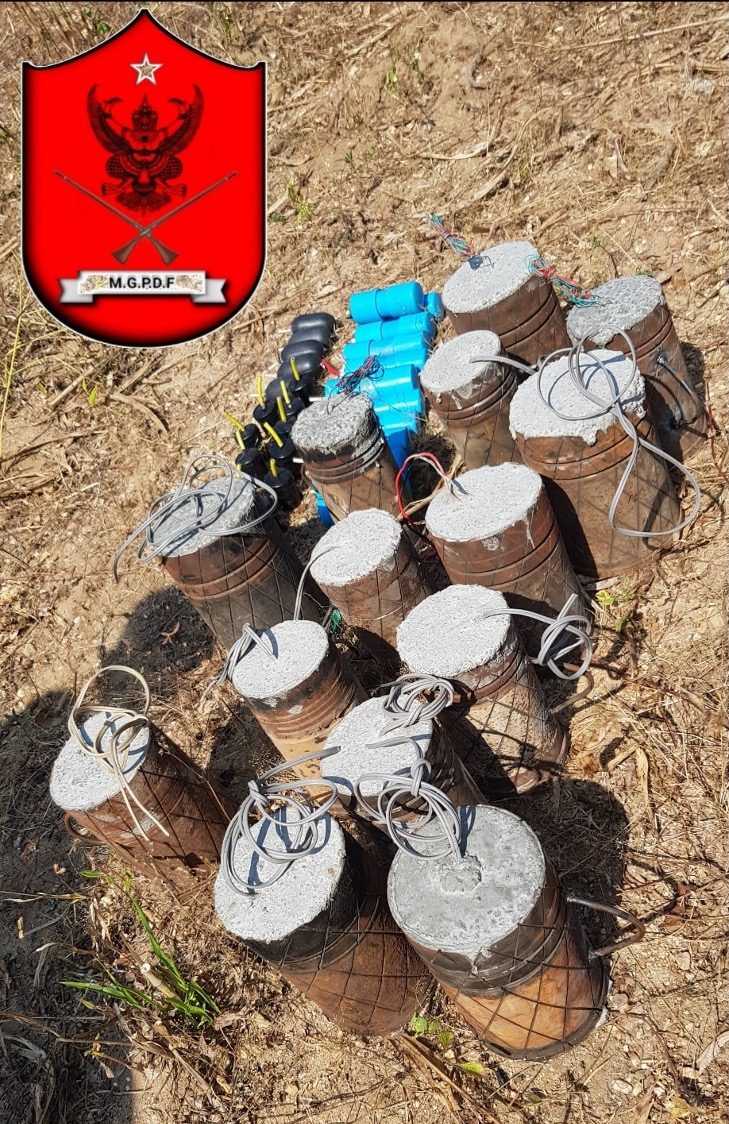