Six established visual artists were last year commissioned by NGO Aditus to design large-scale posters on human rights to celebrate the 70th anniversary of the UN’s adoption of the Universal Declaration of Human Rights. 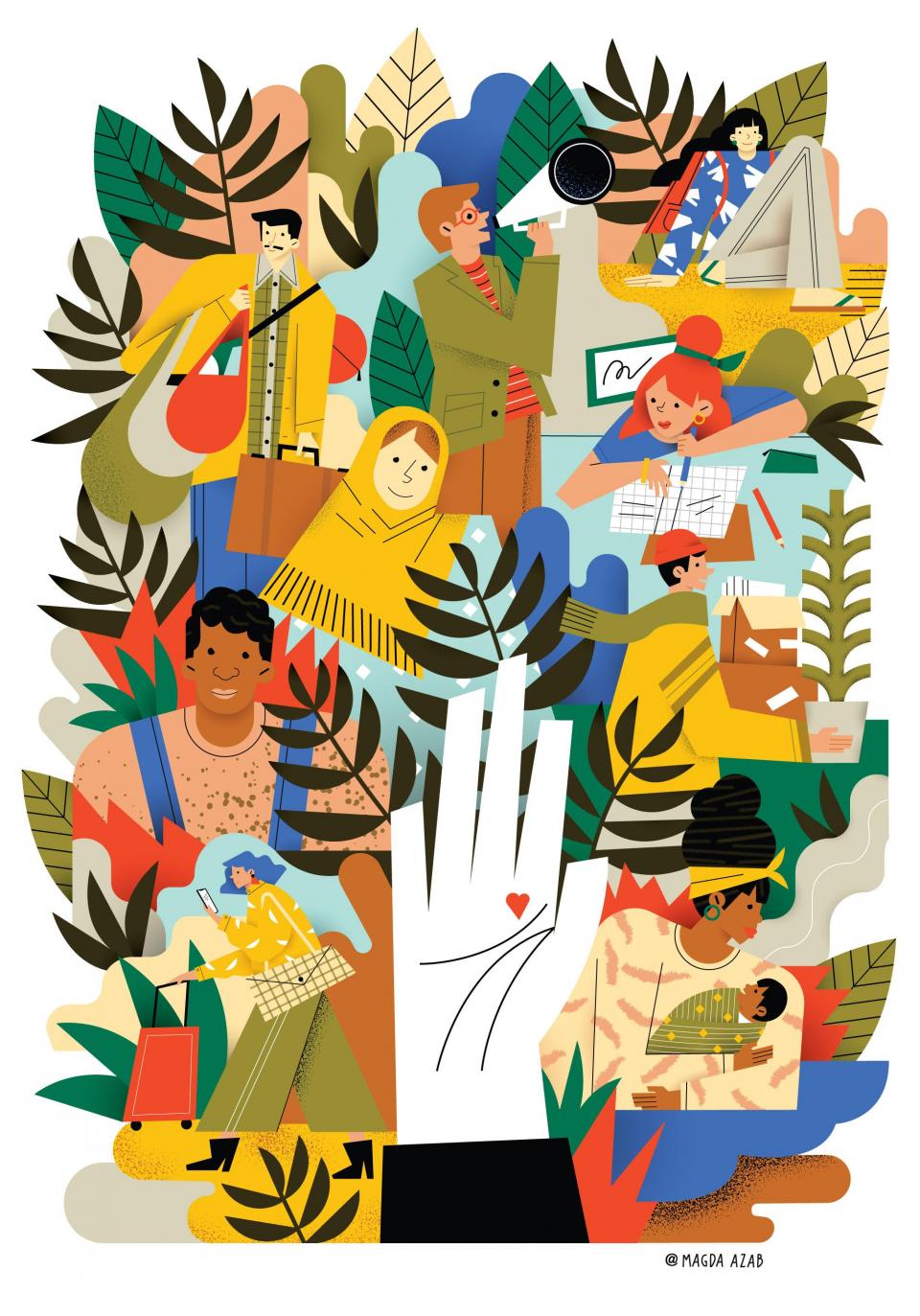 Architects of Our Destiny by Magda Azab

The result is the exhibition Larger than Life! currently being held at a new venue, Desko, in Valletta.

The posters on display explore fundamental messages as dignity, equality, respect and diversity.

Designer and illustrator Ed Dingli presents a poster titled The Promised Land, featuring a group of people who are forced to leave their country in search of a better future.

Mr Dingli ponders on the obstacles these people will face, including the powerful and unpredictable sea, the coast guards and their new neighbours in the so-called ‘promised land’.

Cartoonist Seb Tanti Burlò focuses on Article 1 of the Declaration, which states that “all human beings are born free and equal in dignity and rights”. However, this is very often not the case. The title of his work, Born UN/equal, is a riff off Philip Castle’s famous poster design for Stanley Kubrick’s 1987 war film Full Metal Jacket. 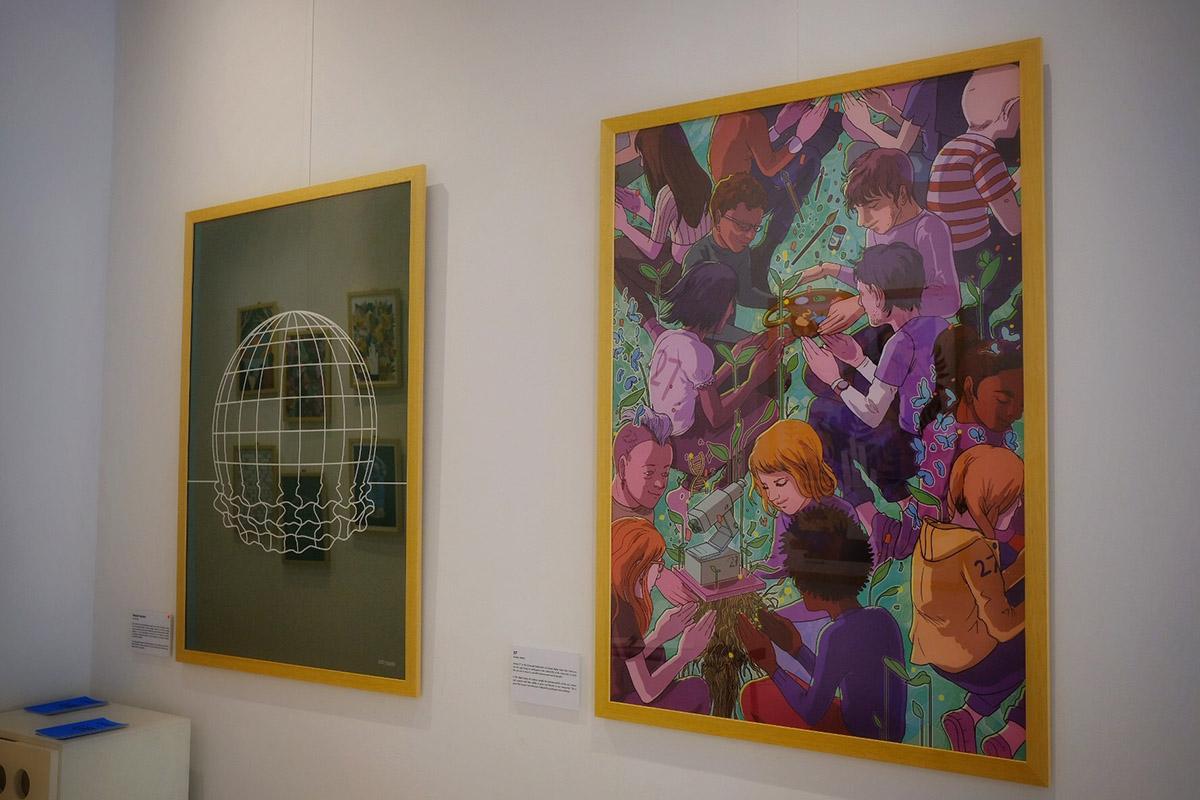 Global Injustice by Luke Caruana (left) and 27 by Deborah Attard 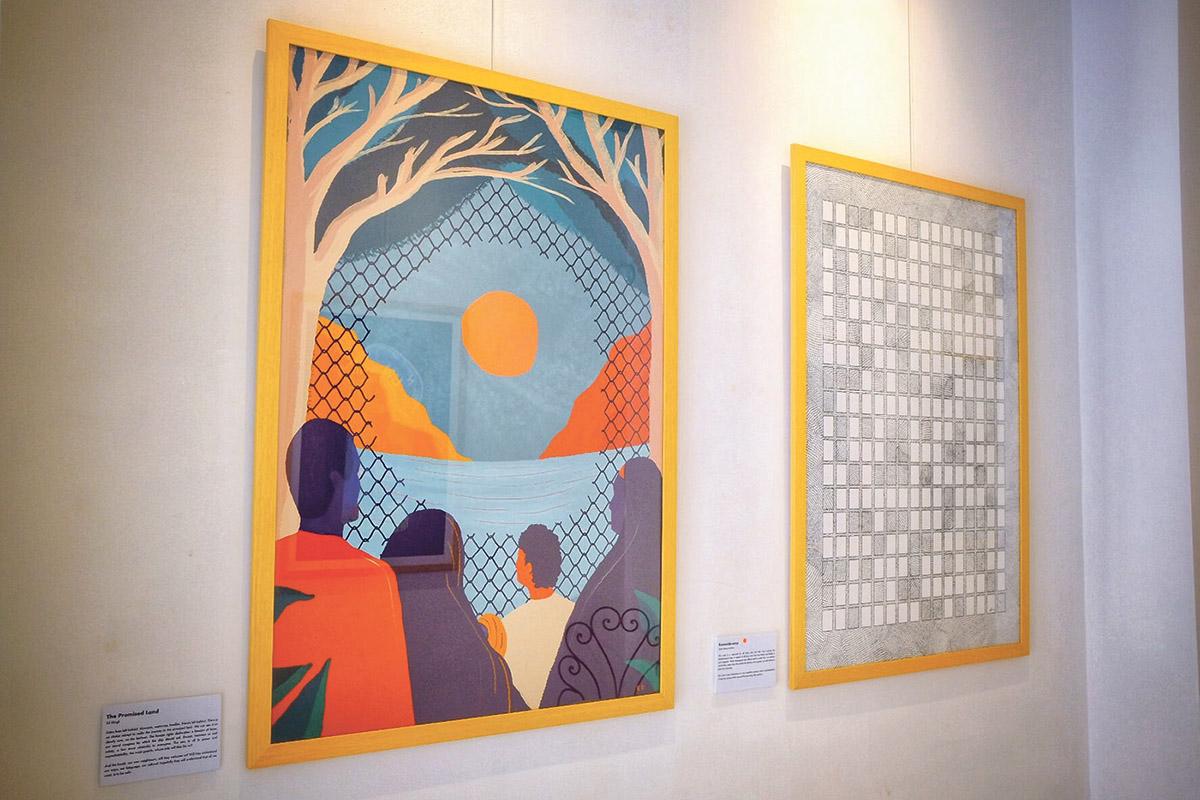 On the other hand, designer and illustrator Daniela Attard looks at the perhaps lesser-known Article 27 of the Declaration which reads: “Everyone has the right to freely participate in the cultural life of the community, to enjoy the arts and to share in scientific advancement and its benefits.”

Through her digital piece, aptly titled 27, Ms Attard visually explores the interconnectivity of the arts, culture and sciences and their ability to grow and flourish in any community; that is, given that anyone and everyone is allowed to participate and contribute.

Malta-based Italian illustrator Magda Azab says that the Declaration should guarantee us all the possibility of being ‘architects of our destiny’ – the title of her colourful poster. She thinks that most of us take this right for granted, but many others are not so lucky. 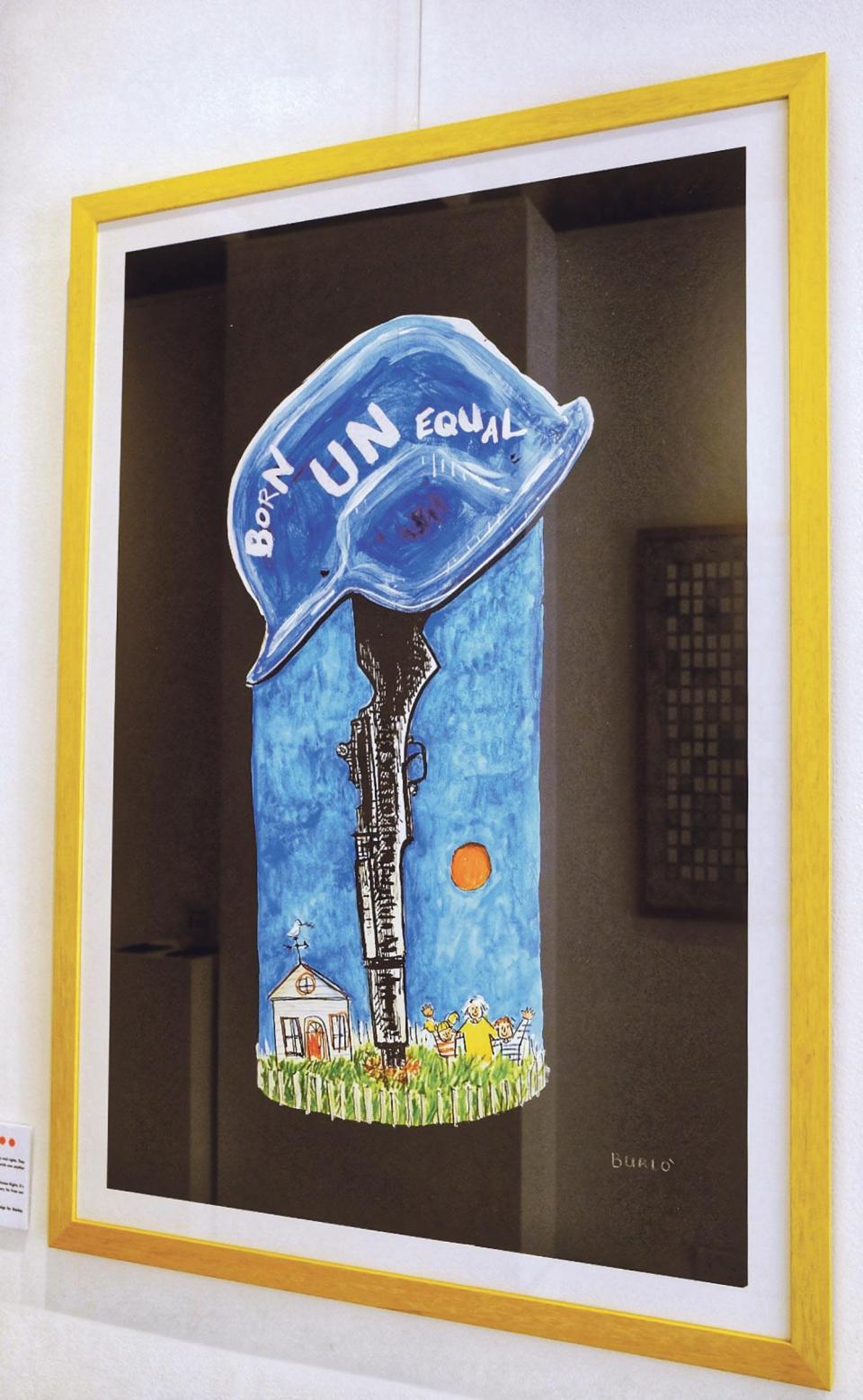 He argues that ecological disasters and poor harvests are increasing inequality and political instability; and that while the wealthiest and the most developed countries in the world are largely to blame, the ones who will suffer the most will be the poor inhabitants of developing countries.

Artist Sara Maria Scicluna remembers those who lost their lives while crossing the Mediterranean Sea and those who have lost family and friends in such tragedies. Her poster, titled Remembrance, represents both the surface of the sea and the ever-rising death toll.

The Aditus project was curated by Alexandra Pace and was sponsored by Arts Council Malta and Creative Communities. For more information, visit www.aditus.org.mt.

Two new investigations are being conducted against the President of Angers in the case of sexual violence
If Mbappe has any quality, it is modesty. Pochettino on the words of coach Metz about Kilian
Xavi will not negotiate with Barcelona until Koeman is sacked. He does not want to betray Ronald
Werner signed a preliminary contract with Bayern in 2019, but canceled the transfer after learning that Kovac and Salihamidzic were against his transfer
Carlo Ancelotti: Benzema has time to take the Golden Ball. He is like wine - the older, the better
Ronaldo's mother wants her son to return to Sporting. They adore Cristiano - and have already named an academy in his honor
Kepa deflected 7 shots in penalty shootouts for Chelsea, breaking the Czech record

Volvo cars in Malta are driving into the electric future

10-year-old girl grievously injured after getting hit by car

Murder suspect believed victim was having affair with tenant

Ghostbusters 37 years on – a memory that lasts

Where to exchange Crypto with the lowest fees

Verstappen starts Russian GP at back of grid

Liverpool boss Klopp ‘excited’ by return of standing at Anfield

Injured Lionel Messi to miss out for Paris SG again

Controversial Balluta stairs design sent back to the drawing board

Semiconductor shortages in the car industry: no end in sight

Maltese singers successful at 'Next Generation' festival in Italy

Police seize 300 finches smuggled from Italy, birds released back into the wild

Plan B needed on passports

PN proposes lowering VAT rate to 7% for hotels and restaurants

Catalan separatist leader Puigdemont due in court after Italy arrest

15% of older students consider self-harm. Is online isolation to blame?

Qormi’s vandalised cross was a dumping ground for years

Disabled people can now use Android phones with face gestures

At the ‘Human Library’, everyone is an open book

Barca held by Cadiz as pressure mounts on Koeman

Pilatus Bank: Court hears how suspicious activity was not reported to authorities

Health says no to Addolorata crematorium over lack of operational rules