Shock can be fatal

Eddy Privitera was “shocked” when he heard Bernard Grech’s statement. May I give an old man’s (I’m 95) advice to our friend:  be careful of shocks, at our age they can be fatal. 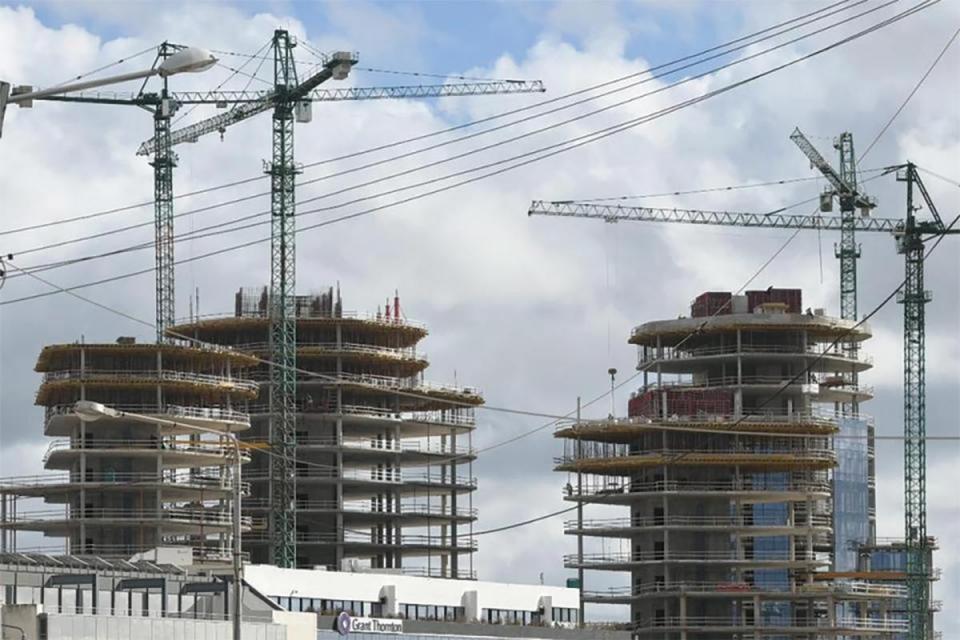 The horrible, towering oil rigs sitting for years at the dockyard have been finally removed. Everybody agrees what a big eyesore they were, ruining the beauty of our glorious Grand Harbour skyline. Thank you, decision makers!

In the meantime, high-rise towers are mushrooming all over our glorious country, ruining skylines, increasing traffic pollution and eating up our shrinking countryside and village cores. They can never be removed.

The hypocrisy of it all! How can we ever thank enough our rapacious decision makers?

The build quality of that wall looks really strong (sarcasm). I’m no detective, nor am I an architect or builder but this “vandalism” probably occurred as a result of someone merely hanging off of the flag pole for a photo...

One or two courses of limestone blocks isn’t exactly sophisticated, or strong, people. Nor is that kind of structure expensive to repair. That this incident even makes national news is just sad.

Quit your complaining and demand more of your institutions by voting your conscience, rather than for the party your family is aligned with. Politics isn’t football. It’s your kids and grandkids’ future. – Andrew McGrath

So, is it possible there is no CCTV on a building of such high historical significance? – Steve Miller

Regrettably, this is not ‘simple’ vandalism… this is deliberately ‘vindictive’ damage. May the hands of justice reach the perpetrators sooner rather than later. – Joe Morana

Time for a nice block of apartments or a “rehabilitated villa/farmhouse” on the site. – Maurice Caruana

It is a bit premature blaming the damage on the Maltese when I see during all weekends  foreigners picnicking, then littering and dumping all over the countryside. And I am not saying that there are some so-called Maltese who do not do the same either. – Joseph Falzon

I hope that whoever caused this damage pays every cent to restore it back to its original state without delay – disgusting, to say the least,  after all the work that has been carried out to restore this beautiful tower, not to mention the financial expense. – Colin Micallef

My, what a sorry state we have come to. – Malcolm Mifsud

This is happening because some people feel disconnected from their own environment and feel that the country does not belong to them. Or else, it's simply the result of a total lack of appreciation of our history and culture – a sign of poverty of the mind. – Sarah Camilleri

Letters to the editor should be sent to editor@timesofmalta.com. Please include your full name, address and ID card number. The editor may disclose personal information to any person or entity seeking legal action on the basis of a published letter.

The Italian Football Federation will not punish Juve, Milan and Inter for participating in the Super League
Parma scored for Juventus from the penalty spot. Ronaldo stood in the wall and did not jump
The Premier League wants to remove the managers of the big six clubs from the league committees because of their participation in the Super League
PSG President Al-Khelaifi has been elected head of the Association of European Clubs. He succeeded Agnelli
One of the moments that determine the direction of humanity. Forward of the Canadian national team Ricketts on the verdict in the Floyd case
Kimmich on Alaba: Real Madrid is a good choice. Not so many options for a step forward after Bayern Munich
The money for the Super League was promised by the largest US bank - before that, it helped the Americans buy up European clubs

Organised sport ban will have a huge impact on athletes development

The world’s ‘Favourite Electric Car for 2021’ is in Malta

US braces for verdict in George Floyd murder trial

Entertainment on the go

Number of foreigners working in Malta almost quadrupled since 2013

Government mum on structures which appeared outside Marsalforn restaurants

Over 900 AK47 dummy replicas destined for Libya seized by Customs

German football federation calls for ESL clubs to be barred

UK to cut emissions by more than three-quarters by 2035: reports

Cyber-attack: Hackers threaten to publish sensitive information if PN does not ‘cooperate’

Updated: Hackers threaten to publish sensitive information if PN does not ‘cooperate’

What is a no deposit casino?

‘No new or higher taxes,’ Clyde Caruana pledges as deficit soars on back of pandemic

Dangerous work practices should be reported, not shared on social media - OHSA