Veteran musician Lucius Banda who is also Presidential Advisor on Youth and Arts has taken to social media to celebrate a move by the court to use lyrics from one of his songs titled ‘Zasiyana Pati’ in delivering a ruling in one of the cases regarding death sentence.

Malawians currently are expressing mixed views on whether the country should still have death sentences in its laws or not and the Malawi Law Society is soliciting views from Citizens considering the fact that over 100 prisoners are on death sentence.

According to a court document scene by this publication, one of the Judges is said have used lyrics in the song to quash the death sentence.

Writing on his official facebook page Banda saluted the said Judge for using his song on the matter.

“Bill Clinton said. “If your Memory outweighs your dreams it means you have grown old.”

“I say to you if a song you wrote 26 years ago when you were 26 gets to be quoted in court judgement, you have a reason to thank God for the inspiration and wisdom,” wrote Banda.

Below is the court caption; 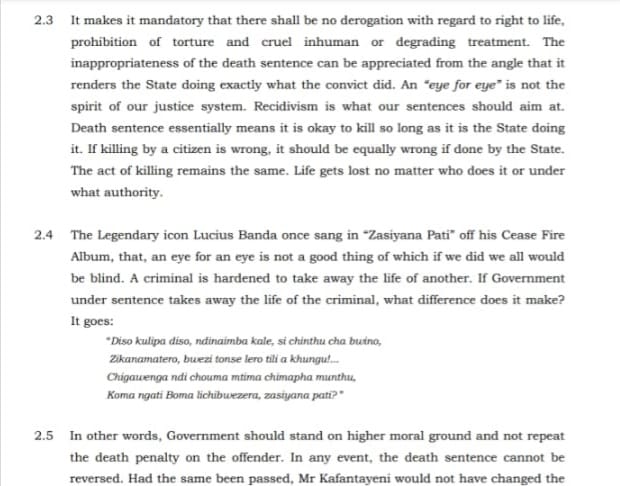