My Take On It: Africa must say NO to ACP-EU Treaty backdoor colonialism Pt. II June 3, 2012 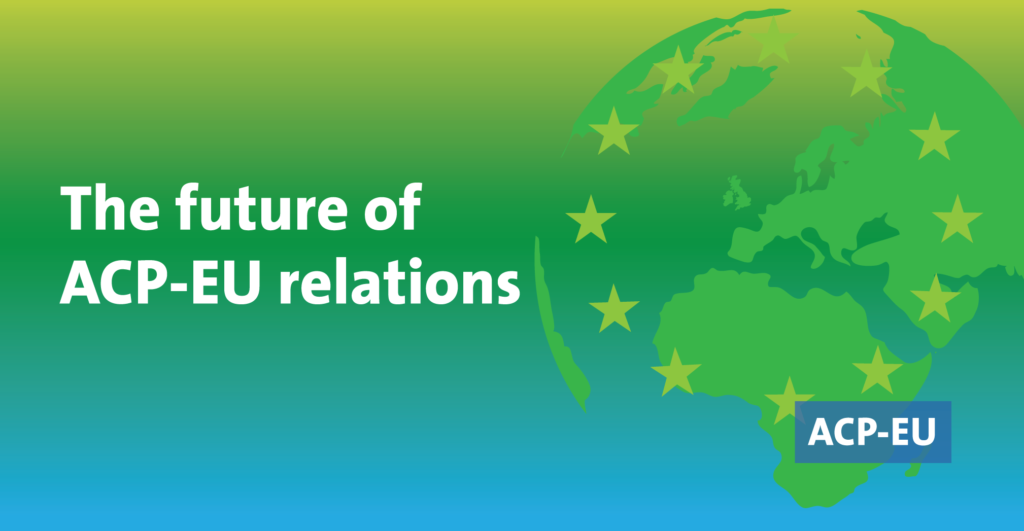 16And I will pray to the Father, and He shall give you another Comforter, that He may abide with you forever; 17even the Spirit of truth; whom the world cannot receive, because it sees Him not, neither knows Him: but you know Him; for he dwells with you, and shall be in you. — John 14:16-17

Last week, I reported that there is a binding treaty with the EU that is awaiting the signature of 47 African Heads of State. This document has 12 very serious and dangerous implications for the African Union and the African States. This is because with the stroke of African leaders’ pens Africa could be catapulted back to 1480, back to cultural and political slavery, back to non-existence, as the European colonials return, taking away African voices from every global platform. In essence, African states would become colonies, ruled by and from European capitals.

The document, the latest European Union strategy, is the pending yet-to-be-signed EU-ACP Agreement. It commits Africa to a 20-year binding treaty between the European Union (with its 27 countries) and 48 African, 16 the Caribbean, and 15 Pacific (hence ACP) countries. Thus, from a 27-member small voice block, the EU becomes a larger block through the Agreement turned treaty, which requires all parties to vote the same as the EU in international forums. Do the math: that is a whopping new 106-member entity– more than half of all UN Member States!

Below is the continuation of last week’s 12-point problem with the pending 20-year 2022 EU-ACP Agreement.

Problem 7. Mandates African countries to provide controversial “comprehensive sexual and reproductive health information and education” to African children referencing the UN’s “International Technical Guidance on Sexuality Education,” which claims children have a right to sex and should be taught about sexual pleasure, homophobia, transphobia and much more.

Problem 8. Makes 48 African governments accountable to the EU to implement selected African regional documents that advance the EU’s SRHR agenda including the Maputo Protocol, and the Maputo Plan of Action 2016-2030. Both of these documents were manipulated into being by the EU in partnership with UN agencies and International Planned Parenthood Federation (IPPF) to deceptively bringing abortion, CSE, and SRHR to Africa. Again, this move violates national sovereignty

Problem 9. There is no provision that allows for reservations or declarations on controversial elements or statements of explanation. This lack of a provision for reservations by the signatories contravenes the Vienna Convention on the Law of Treaties.

Problem 10. Allows for EU treaty funding to bypass governments and to be allocated to EU-aligned NGOs and UN agencies.

Problem 11. Makes billions of EU foreign aid contingent on adherence to EU “values” on SRHR and sexuality as specified by the designated EU funding mechanism for the treaty, called the Neighborhood, Development, and International Cooperation Instrument – Global Europe.

Problem 12. Mandates sexual and reproductive (SRH) services (which includes abortion) and sexual education for children without any provision for parental consent. This violates the Universal Declaration on Human Rights and multiple binding treaty provisions that require African states to protect the rights of parents to guide the education, upbringing, and moral values of their children. Parents are not even mentioned of this regard in the pending ACP-EU Agreement.

(Documentation and support for these 12 points can be found at www.EUtreaty.org).

All of these provisions, if African countries and counterparts in the Caribbean and the Asia Pacific, sign the EU-ACP Agreement, will ultimately have a devastating impact on the regions’ families and more especially national sovereignty! U

There are two things Malawians can do to stop this EU’s arrogant attempt to re-colonize Malawi by muzzling its voice at international forums:

1, Sign the petition to register your dissent to the Agreement by going to www.DeviousEUTreaty.org and demand that the ACP leaders resolve to keep our countries sovereign nations, as protected by the United Nations Charter.

Every Malawian has a role to play in keeping Malawi an independent nation.