The chieftaincy wrangles in Traditional Authorities (TAs) Mazengera and Kalolo in Lilongwe have finally been put to rest after government Friday installed heirs to the two thrones, which have been vacant for nine and two years respectively.

The two, Davis Sindeya for TA Kalolo and Tima Chonongera for TA Mazengera were crowned TAs at a ceremony that took place at Lilongwe District Council.

Presiding over the installation ceremony, Deputy Minister of Local Government and Rural Development, Grezelder Jeffrey said the vacancies have derailed development and brought divisions because people could not respect the ones acting.

She said it is the wish of government to fill all the chieftaincy vacancies but court injunctions have always restricted government to do so.

“Areas that have no chiefs are always sidelined in developmental projects and also implementation becomes a challenge. It takes forever for the family members to resolve their misunderstandings which are a blow to government,” said Jeffrey.

She said government fights to further development in all the areas without bias but where the house is not in order coordination becomes a challenge hence misunderstandings dominate and development doesn’t become a priority.

Lilongwe District Council Chair, Councillor Luciano Botomani hailed government for the move, saying it is the beginning of new things in the areas but also for the whole district.

He said there are a lot of chieftaincy injunctions that go unresolved for a long time, leaving the council with no choice but to wait for the decision of the courts. 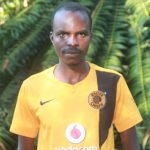 Attended Our Future Private Secondary School in Rumphi from 2006-2009 Holder of Diploma in Journalism from Malawi Institute of Journalism (MIJ) Hobbies, reading newspapers, going out with friends, listening to radio and watching football.

Gasperini on Atalanta's 93 goals in 33 matches: we are Not staging extravaganzas to humiliate the opponent
Luis Suarez: We lost the title ourselves. For the sake of prestige, Barca must concentrate on fighting for the Champions League
Real Madrid is ready to sell Ceballos for 25 million euros
Manchester United is ready to pay 120 million euros for Sancho if they get into the Champions League
Saul: if Real Madrid win La Liga, it will only be because they deserve it. VAR puts a penalty in their favor, as they put pressure on the opponent
Tiago put his house in Munich up for sale. Liverpool was Interested in him
Glushakov before the game with Spartak: I have no problems with the fans
Source https://www.faceofmalawi.com/2020/05/ta-mazengela-installed/

How Social Media is Ruining Your Life

Audit report for 2018 indicates over K3 billion lost through fraud

Chakwera to be Updating The Nation Weekly

A Great Worry Over The Health Of Mr. Ibu As A Picture Of Him Goes Viral

South Sudan has More Cows than it has People

Tears Flow As 2 Children, 6 Others Die In An Accident

5 Style Guides Every Man Should Know

Chinese driver, 52, deliberately crashes a bus into a reservoir killing 21

National Bank in mandatory use of face masks

Trial of Malian jihadist set to begin at ICC

Researchers Prove That Kindness Pays Off

Policewoman Disappears after Getting Lift to Work

Chakwera for Weekly Updates To Enhance Transparency and Accountability

Suspect Arrested 6 Months after Setting his Girlfriend on Fire

Man Stabbed to Death By His Friend Over 12k

A STEP BACK IN TIME INTO GHANA’S DARK PAST

Canadian Woman Looking for a Man to Have an Entanglement With

See this Leaked Whatsapp Chat Between a Man and his Ex

Lucius says no witch hunting in arrests of DPP criminals

65-year-old-man who was found guilty of raping, sexually abusing 300 children kills himself