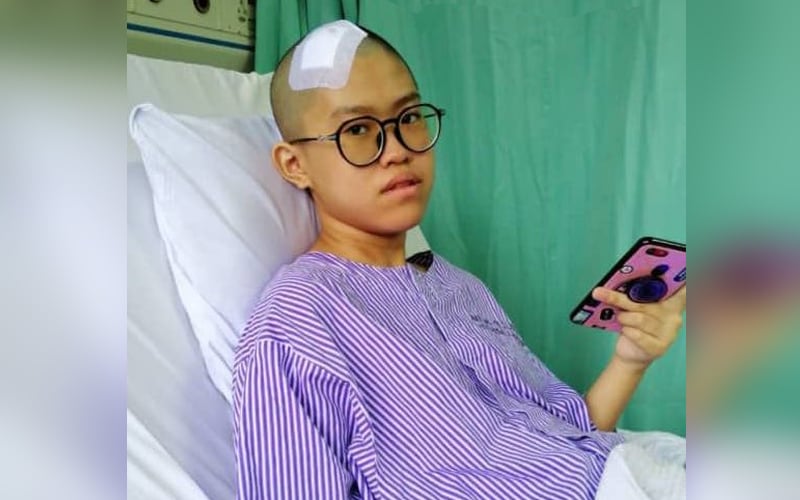 PETALING JAYA: While most 14-year-olds are thinking about spending time online or with their friends, Ho Rong Xin has spent the past few months in hospital battling stage-4 brain cancer.

Diagnosed early this year, the girl from Rawang, Selangor, has been admitted to the hospital over 30 times for radiotherapy and chemotherapy treatments, and the cost of this has taken a toll on her family.

Desperate to continue their daughter’s treatment, Rong Xin’s parents are turning to the public to seek help in covering the cost of follow-up procedures, including chemo, amounting to RM96,000.

Late last year, Rong Xin began to experience headaches and weakness in her right arm. Her mother, Yap Peik Chin, decided to take her for a checkup.

“The first doctor we visited suggested her headaches could be caused by the wrong prescription for her glasses,” Yap recalled.

Changing Rong Xin’s glasses did stop her headaches, but she continued to experience weakness in her limb. “It was to the point that she was unable to even hold a pen and write.” 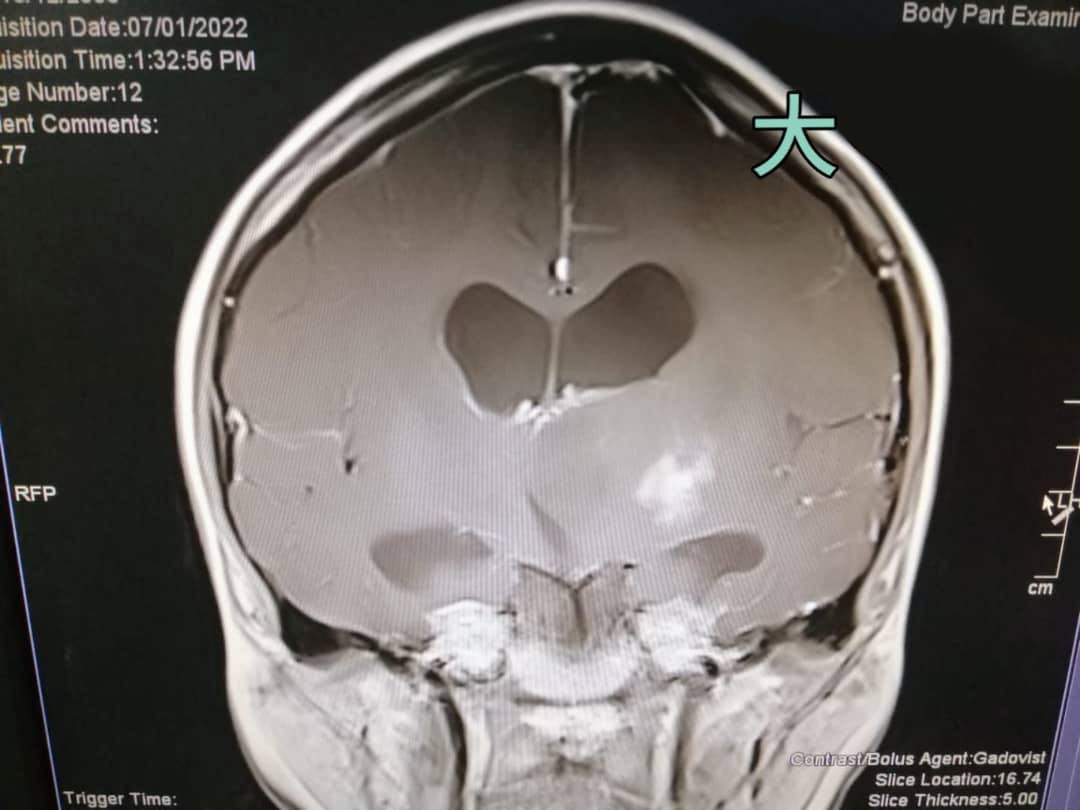 After many tests, it was confirmed that Rong Xin has a large, malignant tumour that requires immediate treatment. (Persatuan Kebajikan Amal Da Ai pic)

Concerned, Yap brought Rong Xin for a second checkup and, after many tests, her worst fears were realised.

“The doctor first suspected Rong Xin had had a stroke and had particles in her brain. But, after running some tests, the final report confirmed she had brain cancer,” Yap said.

“She has a malignant tumour that is large and stagnant with a huge amount of water, so she had to immediately receive radiotherapy and chemotherapy.”

Rong Xin’s fight has not been easy: the treatments have resulted in vomiting, dizziness, blurred vision, and hair loss. For now her radiotherapy treatments have come to an end, but she still has a long way to go.

Seeing her daughter in pain has not been easy for Yap. “I have to hold back the tears and continue to cheer her up, and remain positive that she will get better,” she told FMT. 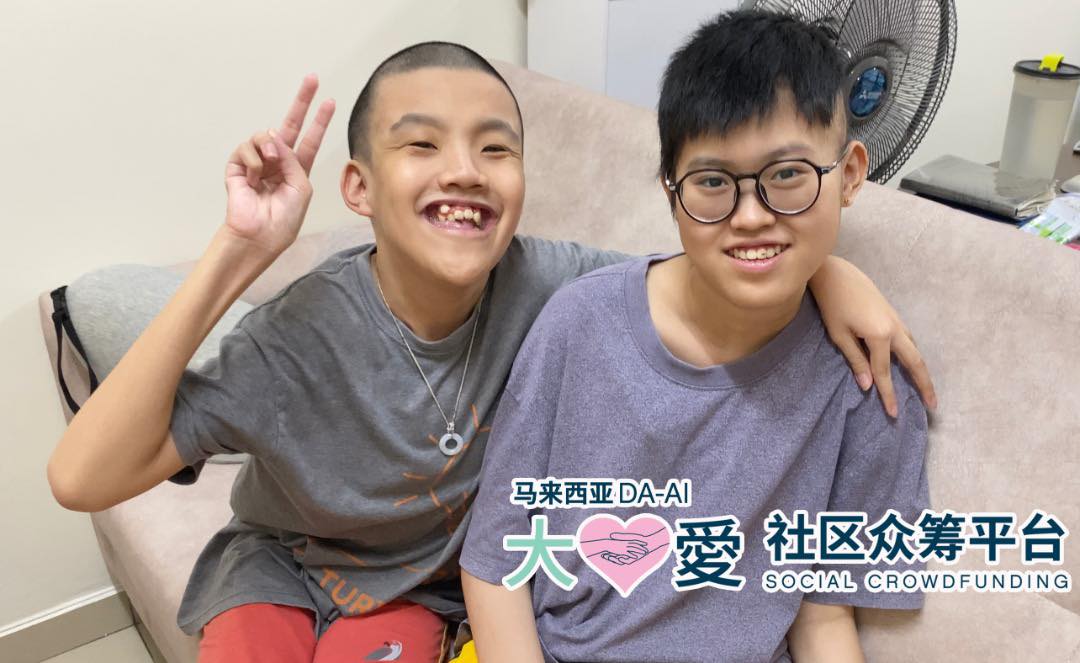 Yap works as a clerk and is the sole breadwinner of the family as her husband had to leave his job to care for their 17-year-old son, who is disabled.

She explained that her husband, a factory worker earning RM2,200 a month, used to bring their son to work with him but constantly needed to look after the boy, who could not control his bowels and urine.

“We looked at hiring someone to care for our son but the cost was too high,” Yap added.

Rong Xin’s father eventually decided to focus on taking care of her brother at home full-time. Sadly, Yap’s salary alone is not enough to cover the family’s living expenses as well as Rong Xin’s medical bills.

To help them raise money for Rong Xin’s treatment, Yap and her husband have turned to Persatuan Kebajikan Amal Da Ai Malaysia, a non-profit organisation that helps disabled and special-needs individuals, as well as families going through a tough time.

The goal is to raise RM96,000 that will go towards Rong Xin’s follow-up treatments as well as the medication and care she requires. 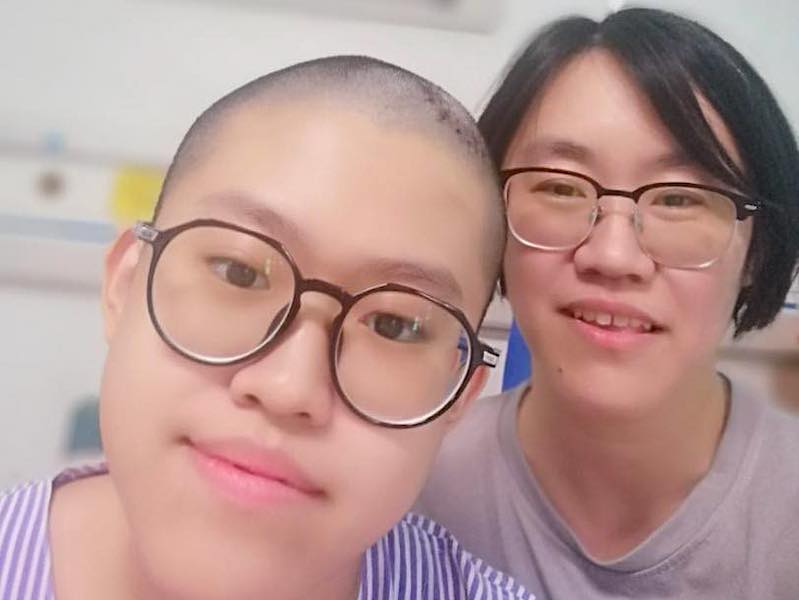 Yap, the sole breadwinner of the family, is hopeful her daughter will recover and live a long and healthy life. (Persatuan Kebajikan Amal Da Ai pic)

Despite the hurdles life has thrown their way, Mum and Dad remain hopeful Rong Xin will recover and live a long and healthy life.

Their daughter has big dreams to become a singer one day, just like her idols from her favourite girl band, Blackpink. She also hopes to travel the world once she recovers, and enjoy the delicious food from all over.

To help Rong Xin in her battle against brain cancer, contact her case manager Ms Yumi at 016-9649766 or send her an email at [email protected].