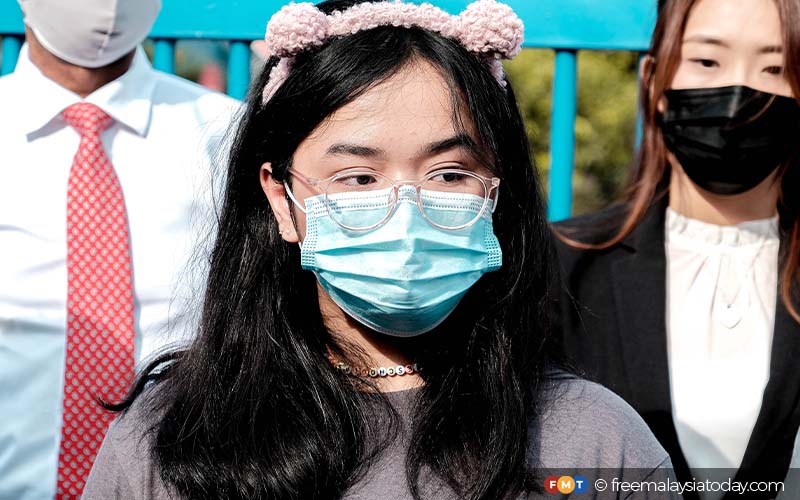 Ain Husniza and her father, Saiful Nizam Ab Wahab, are suing a teacher and a former headmistress over rape jokes that they said caused her emotional distress.

PETALING JAYA: Seventy-five MPs have urged the Attorney-General’s Chambers (AGC) to withdraw representation for a teacher and a former headmistress in a suit filed against them by student Ain Husniza Saiful Nizam and her father.

The MPs labelled the AGC’s instruction for a senior federal counsel to defend the teacher and former headmistress as “appalling”.

“We are of the opinion that the government, especially the AGC and education ministry, should be impartial in this matter.

“Appointing a federal counsel in the civil action to defend private actions by the teacher will further tarnish the already negative perception of the education ministry and the government,” they said in a joint statement.

On Saturday, Ain and her father, Saiful Nizam Ab Wahab, had objected to government lawyers representing the teacher and former headmistress, as they had sued and were being countersued in their personal capacities.

They had sued Khairul Nizam Sanuddin, 43, a teacher at SMK Puncak Alam, and the school’s former headmistress, Sarimah Mohammed Nor, for tort of intentionally inflicting emotional distress over rape jokes allegedly made during a physical education class at the school and in the aftermath.

On Sunday, Seputeh MP Teresa Kok had urged Attorney-General Idrus Harun to withdraw the representation for the teacher and former headmistress, stating that senior federal counsel should stick to representing government entities and their staff only on official matters and not suits filed against them in their private capacities.

Commenting further, the MPs said schools must carry the message that sexual innuendos and jokes on rape, especially against teenage girls, cannot be tolerated.

They warned the AGC that following through with allowing a senior federal counsel to represent the defendants will only create more “unwarranted fears” among parents and students in schools.