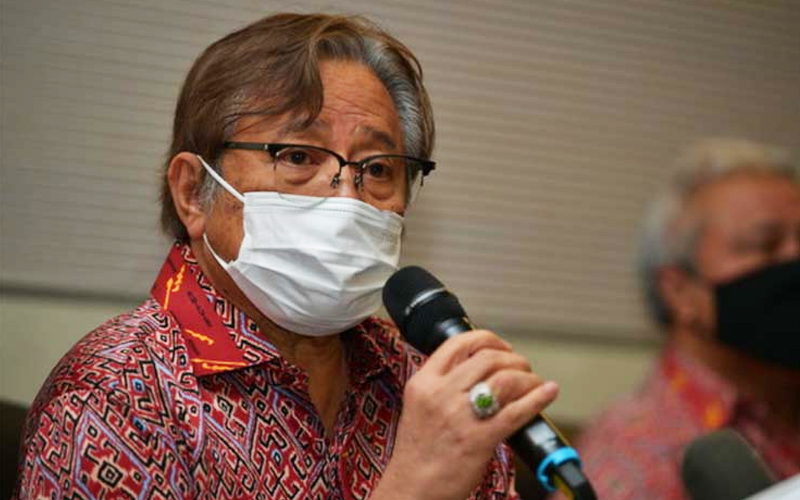 Sarawak premier Abang Johari Openg was the sole candidate nominated by all the 82 branches for the post of president of Parti Pesaka Bumiputera Bersatu for the 2022-2025 term. (Bernama pic)

KUCHING: Sarawak premier Abang Johari Openg leads a list of candidates who have been elected unopposed to the top posts of Parti Pesaka Bumiputera Bersatu (PBB) for the 2022-2025 term.

PBB election officer Awang Bemee Awang Ali Basah said that at the close of nominations yesterday, Abang Johari was the sole candidate nominated by all the 82 branches for the post of president.

The elections will be held at a three-day delegates’ conference beginning here on June 17.

“All the branches nominated Datuk Seri Fadillah Yusof and Datuk Seri Dr Stephen Rundi Utom to the two posts of senior vice-president,” he told a media conference at the PBB headquarters here today.

According to Awang Bemee, vice-president Rundi would be replacing Michael Manyin Jawong, who has decided to step down.

Awang Bemee said 14 posts in the PBB Pesaka wing too were uncontested while 16 in its Bumiputera wing would be contested by 22 candidates.

Meanwhile, Uggah, who was present at the media conference, said the fact that there was no contest for the top posts showed that the grassroots had full confidence in Abang Johari and the party’s leadership line-up.

“This shows the party has been successful in uniting members to continue the struggle. We are confident PBB will continue to head the GPS (Gabungan Parti Sarawak) government.”

A total of 2,420 delegates are expected to attend the conference, themed “Ensuring Stability, Prosperity and Glory of Sarawak”, which will be opened by Abang Johari on June 18.