Anwar: Harapan backing me in PD, but some in PKR making a fuss

PKR president-elect Anwar Ibrahim has reminded party members to pick leaders who are loyal to the party’s struggle at its upcoming party polls, and not those who have their own personal agendas.

Anwar said PKR members must remember that the party was formed because of the Reformasi agenda and to champion the people’s interests.

Anwar also questioned the action of certain individuals in PKR who disputed his decision to contest in the Port Dickson by-election.

“I want to say, we discussed (contesting in Port Dickson) with all those who could give their views, so this decision has been discussed,” he said. 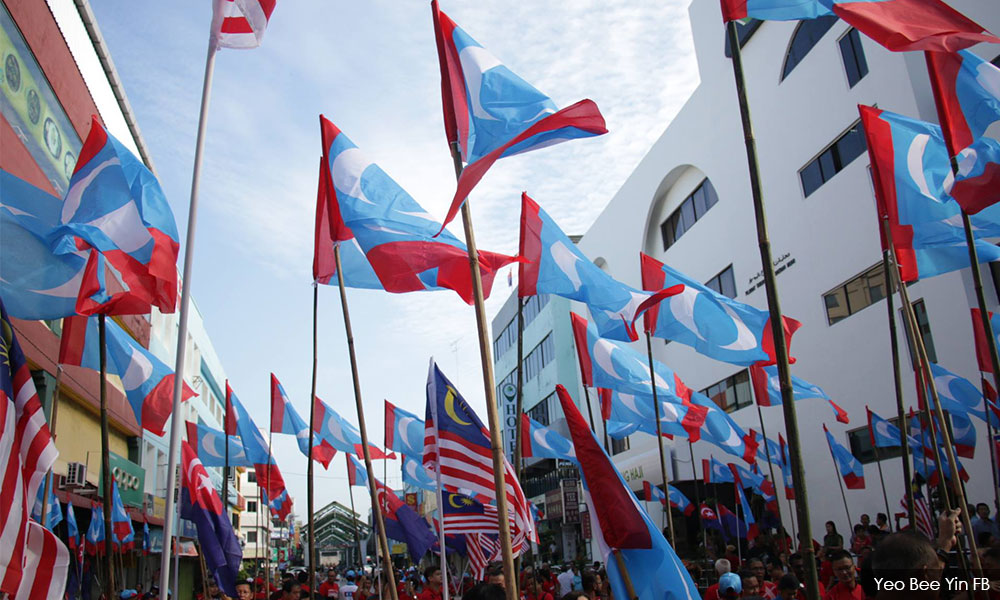 Anwar also slammed certain individuals in the party who wanted him to sack others as a condition of their support for him in the Port Dickson by-election.

"Some came to me to say that the party will be peaceful if I sack this or that person, (that) if I want their support in Port Dickson, I will have to sack this person.

"I told the person that if he did not want to support me in Port Dickson, I don't care,” he said to thunderous applause from the crowd.

At an earlier function, Anwar said he would not take the by-election for granted although he is well-known, as no candidate can get 100 percent support from voters in any constituency.

“I will never do that, (be it) in politics, life or career, I do not take things for granted.

"You have to work hard, you have to meet the people and explain yourself. Naturally, you don’t have 100 percent support, but it is important that you realise that we are only offering ourselves as candidates.

“Therefore to them, you may be known and accepted elsewhere, but what is critical is the support from Port Dickson. There is no certainty. I have to work very hard,” he told reporters after attending the Meet Anwar programme organised by the Anwar Ibrahim Club.

Anwar said he would visit Port Dickson as soon as possible to meet the voters before nomination day.

“But then when it comes to the platform that would be decided by the party. I am not arrogant enough to reject any offer of help, I am just a candidate,” he said.

Nazri was reported as saying that he believed this was what is best for Umno to make its return to government.

Inter will extend their contracts with Handanovic and D'ambrosio until 2022
Pep Guardiola: I would have stayed at Manchester City and in League 2
Manchester United is ready to sell Alexis, Lingard, Smalling, Dalot, Jones and Rojo
Frank Lampard: I expect more from Chelsea, but now the result is most important
Atalanta does not lose 15 matches in a row – 13 wins and 2 draws
Lorient threw one newcomer off a plane and sent another under the water-all for the sake of presentations on social networks
Pasalic scored a hat-trick in the match against Brescia. Atalanta smashes the opponent 6:1
Source https://www.malaysiakini.com/news/443453

Good that the causeway is reopening, but…

These probiotics can help keep your gut healthy

Eva and Bella, the Beagle sisters who make the house a home

Schalke’s Matondo gets dressing down for wearing rivals' shirt

Jimmy Fallon returns to a bit like TV’s normal

Meghan urges girls to drown out online 'noise' with positivity

Airbnb logs more than a million bookings in a single day

Thousands protest in Jerusalem against Netanyahu

Schools told to practise social distancing by the book

Returnees told to get tested again

‘School and ministry doing their best’

Over RM1.7mil in summonses issued to errant smokers

Bosses who abuse wage subsidy scheme will be penalised

No roars as Tiger makes golf return to sounds of silence

3 ways to put that spare room to great use

After bloody protests in Mali, opposition keeps pressure on president

Trump says he is 'not interested' in trade talks with China

Baby infected with Covid-19 in the womb, study shows